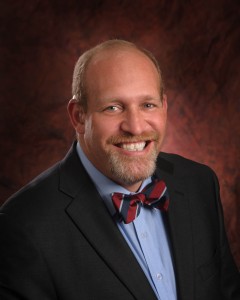 Last week, Yolo County Superior Court Judge Stephen Mock announced his retirement at a “Meet the Judges” event.  He will retire in January 2015 at the end of his 24th year of service in Yolo County.  He has been the long-case judge, presiding over many of the major trials of the last decade.

His retirement means that his seat will be open.  Already there are two possible candidates for the seat.  Frederick (Rick) Cohen, a Sacramento-based family law attorney formally announced his candidacy in a letter to supporters.

“It is with great pride that I announce my candidacy for the position of Superior Court Judge in Yolo County and humbly ask for your support,” he wrote.

Rick Cohen received his BA from the University of Michigan before getting his law degree from the UC Davis School of Law in 1989.  Since 1996, he is the founder and principal of a two-attorney family law litigation firm, the Law Offices of Fredrick Cohen.

In his letter, he claims he has already raised over $100,000 and claims the support from, among others, West Sacramento Vice-Mayor Mark Johannessen and Councilmember Bill Kristoff, as well as Davis Councilmember Brett Lee.

He added, “I am a Certified Family Law Specialist, and have served as a temporary judge, Judicial Arbitrator, and Fee Arbitrator. In these roles I have tried contested cases, handled law and motion hearings, presided over Small Claims cases, and served as a settlement conference judge.”

He said, “I have also served as a board and committee member for the Association of Certified Family Law Specialists, the Executive Committees of the Family Law Section and the Children’s Counsel Section of the Sacramento Bar Association, and twice as a member of the Board of Directors of the Alzheimer’s Association – Greater Sacramento Area Chapter.”

“It is my goal to ensure that cases are heard fairly and impartially, to protect children and families, and to ensure the administration of justice. Throughout my career, I have held myself to the highest standards of ethics and these principals will guide me as your judge,” Mr. Cohen added.

Judge Mock’s retirement ends a 24-year run as member of the bench.  Prior to his appointment in 1990, he had served as a Deputy District Attorney in Yolo County from 1973 to 1990.  He received his bachelor’s degree from UC Davis in 1968 and his law degree from Boalt Hall at UC Berkeley in 1971.

Judge Mock, 67, was at times the subject of controversy.  His wife, Ann Hurd, remained a Deputy District Attorney during a good portion of his tenure on the bench, rising to a supervisory position in the office.  That led to periodic efforts to disqualify Judge Mock under section 170.1 of the Code of Civil Procedure which “provides for disqualification if ‘[t]he judge, or the spouse of a judge…is a party to the proceeding or an officer, director, or trustee of a party.’  In addition, subdivision 170.1 (a)(6) (A) (iii) provides for disqualification if ‘[a] person aware of the facts might reasonably entertain a doubt that the judge would be able to be impartial.’”

In addition to Mr. Cohen, Commissioner Janene Beronio is expected to announce her candidacy today.

Ms. Beronio, 63, received her JD from McGeorge School of Law in 1978, and was appointed to her current position in 1989 after serving as a Deputy District Attorney in Yolo County from 1980-89.