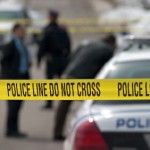 On January 22, at 11:47 PM, in the parking lot of Dutch Brothers Coffee (located at the corner of Richards Boulevard and Olive Drive in Davis) a mother presented her 1 year old child to an AMR ambulance crew for treatment. The patient was unresponsive and appeared seriously injured. He was transported to the UCD Medical Center for emergency care.

Davis Police were immediately called out and began an investigation. On January 23, officers arrested Darnell Dangelo Dorsey (a 21 year old Sacramento man) for felony child endangerment and booked him into the Yolo County Jail. Dorsey is the mother’s boyfriend, and believed to be responsible for the victim’s injuries.

On January 25, at approximately 1:30 PM, the child victim succumbed to his injuries and passed away at the UC Davis Medical Center in Sacramento.

Early this morning, the Vanguard learned of a two-year-old baby who was taken to Sutter Davis Hospital last night after being found unresponsive when the mother returned home from the gym.  The woman’s boyfriend, Darnell Dorsey, was home with the two children at the time when the incident occurred. The child was rushed to Sutter Davis Hospital where he had X-rays and a CAT scan done.

The baby’s grandmother told the Vanguard that the three-year-old sibling had said,”Daddy hit him in the head and he got sick.” The CAT scan revealed injuries conducive to what is known as “shaken baby syndrome.”

The man does have a criminal history involving abuse of an elderly person and drug charges.

Davis police were called to the hospital last night and took the man, Darnell Dorsey, into custody, but it is unclear yet as to what he will be charged with and whether he has been booked into the Yolo County Jail.

Davis Assistant Police Chief Darren Pytel told the Vanguard, “Late Wednesday, we began an investigation into violence allegedly inflicted on a two-year-old boy.  The parent lives in Davis and it appears the crime we’re looking into occurred here.”
A parent who was in the process of taking the victim to the hospital came across an EMR (emergency medical responder) medical crew and sought medical aid.  The child was unconscious and unresponsive, and was transported to the hospital for treatment, Assistant Chief Pytel stated.
“A 21-year-old, Darnell Dorsey of Sacramento, has been taken into custody for child endangerment,” said Assistant Chief Pytel, who noted that the investigation was in its very early stages and Davis Police are coordinating their efforts with the Yolo County District Attorney’s office.
He added that the child is still receiving ongoing medical treatment but declined to elaborate further, pending investigation.

The Vanguard will update with any new information as it becomes available.