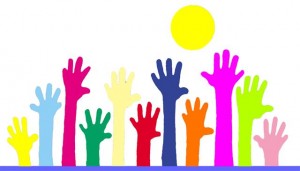 A local group of Montessori educators and parents in Davis will soon present a charter petition to the Davis Joint Unified School District (DJUSD) to operate the Montessori Charter School of Davis (MCSD). If authorized, MCSD will be a TK-6th grade program enrolling 120 students in grades TK-2nd its first year. One grade level will be added each year through 6th grade, reaching a steady enrollment of about 260 students by its 5th year of operation. The proposed charter school will be an independent charter, governed and funded independently of the DJUSD.

The group has developed an authentic Montessori program that meets or exceeds all of California’s state standards, including the newly adopted Common Core State Standards. In addition to a full implementation of the Montessori model, the program has innovative components including a woodworking curriculum that begins in kindergarten, a fully articulated character studies curriculum for all grade levels, and a programming and robotics curriculum for upper elementary students using the Arduino platform. To learn more about MCSD’s educational program, please visit our Facebook page at facebook.com/mcsdavis.

In addition to a world class, 21st Century education, MCSD will be committed to achieving a genuinely integrated student population along both racial and socioeconomic lines. An integrated student population benefits the students both academically and developmentally. Charter schools must accept any student in California who wants to attend. (If more want to attend than the school has space for, a random public lottery is held.) This means that MCSD can focus its community outreach program without regard to traditional school district boundaries. However, as with most charter schools, MCSD will primarily serve its local community—in this case Davis and its children.

In addition to local parents, members of the group submitting the charter petition include Montessori teachers and administrators who have extensive experience teaching in and operating Montessori charter schools in California. Charter schools typically face an uphill battle with local school districts. We believe DJUSD is not the typical California school district and is more interested in the success and education of students than they are in maintaining a monopoly over the educational services in this community. Read a 2007 article in Education Next by Joe Williams titled, “Games Charter Opponents Play” for an interesting take on charter-district relations.

In fact, much of the demand for MCSD’s program has been generated by the highly successful Montessori program located on the district’s own Birch Lane campus. DJUSD should be congratulated for the quality of this program. Many will perhaps wonder if a Montessori charter school in Davis will compete with the Birch Lane Montessori program. If it is healthy competition, then absolutely we hope to compete. By creating a second public Montessori option in Davis, the demand for this model of education will only increase due to its increased stature in the community. And Davis will become a truly dynamic center of the broader Montessori educational community. Our children will benefit greatly as a result.

However, that said, some may still be reasonably hesitant about a new charter school. Myths and misconceptions about charter schools have left some doubt in the minds of others regarding the benefits of charter schools. Drawing from the work of a number of educators, we address four of those concerns here:

Myth #1: Charter schools take funding away from local districts, and thereby negatively affect the education of children in the local public schools.

While it is often thought that charter schools primarily attract affluent students whose parents are more actively involved in securing educational alternatives for their children, the fact is that charter schools nationwide enroll a higher percentage of minority students than traditional public schools. Additionally, most charter schools are developed in order to serve racially and socioeconomically disadvantaged students who have been underserved by their local school districts (Lee & Lubienski, 2011).

Myth #3: Charter schools radicalize the education of our children.

Charter schools are required to teach the same academic content as traditional public schools and must participate in the same annual state testing programs as school districts. Perhaps the most important virtue of the American public school system is that it strives to provide a level field of opportunity for all children in this country. Public schools are also intended to promote citizenship and an appreciation for our fellow citizens from all walks of life. This is a tradition continued by charter schools because they are legally bound to promote national citizenship in equal measures.

Myth 4: Charter schools are only warranted in order to compensate for some deficiency in a school district.

Charter schools are warranted wherever the charter’s program will make a positive contribution. California law does not prohibit the submission of charter petitions to school districts that are “good enough.” Would we ever want to say that our schools are good enough?

Share:
Previous : Trial Begins for Officer Accused of Sexual Assault on Duty
Next : Council Asks Staff to Return with Options for Tax Measures

61 thoughts on “The Montessori Charter School of Davis”