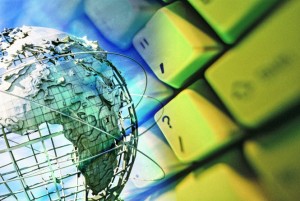 One of my favorite authors on policy topics in economic development and the growth of the innovation economy is Richard Florida. His books on the “Creative Class” and their role in shaping the American economy now and in the future paint a very positive picture for Davis and the Sacramento region.

His work is quite accessible and is relatively easy to digest considering much of it is based on data-driven and statistical analysis. Some of his more timely work is published in the magazine he co-founded, The Atlantic Cities.

On February 25th, The Atlantic Cities published an article by Florida titled “Where the Good and Bad Jobs Will Be, 10 Years From Now”. This article was forwarded to me by several colleagues that noted the Sacramento Region having a very positive future based on the analysis in the article.

Though the article’s focus is primarily centered on the idea that future job growth in America will be based mostly in the service sector, the data from the article demonstrates that Davis and the Sacramento Region have a brighter future.

The article is based on research from Charlotta Mellander and Zara Matheson of the Martin Prosperity Institute at the University of Toronto’s Rotman School of Management. As described in the article Mellander’s “analysis comes from the Bureau of Labor Statistics’s (BLS) latest ten-year projections, which provide a broad picture of what America’s workers will be doing in the future.” The analysis “used these BLS baseline projections to project job growth for all of America’s 350-plus metros over the next decade.”

The foundational graph in the article “shows the growth of jobs in America across three broad occupational classes – the creative class, service class, and working class – over the past half century. The trend could not be clearer. Working class jobs, which include those in factory production, construction and transportation, have declined from half the workforce to about 20 percent.”

“High-paying, knowledge-based creative class jobs in science and technology, business and management, the professions, arts, media, and entertainment have increased from just 15 percent of jobs to more than a third. Lower-paying service jobs in fields like retail sales, food prep, and personal care have increased from 30 percent to nearly half of all jobs.”

“These basic trends will continue over the next decade. Between 2012 and 2022, the U.S. will add 15.6 million new jobs, according to BLS projections, with the overall workforce growing by 10.8 percent from 145 to 161 million. Of these, 5.6 million will be high-wage, creative class positions. The creative class will grow by 12.5 percent, the highest rate of all groups. The country will add another 7.4 million low-wage, low-skill service jobs, a 10.5 percent growth rate.”

“Finally, the country will add 2.7 million blue-collar, service-class jobs – with most of that growth in construction and transportation jobs. The overall working class job market will grow 9.1 percent. Of these, just 75,000 will be in direct production work; the high paying factory jobs that provided the backbone of the middle class a generation ago will see a growth rate of less than 1 percent. By 2022, production workers will make up just 5.5 percent of the American workforce.”

So what does this specifically mean for Davis and the Sacramento region? The article goes on to breakdown the data by metro areas and is graphically presented in maps that track job growth in each of the three areas – the creative class, service class, and working class.

The research indicates that Davis and the Sacramento region will experience an overall increase in employment of between 10.8 percent and 11 percent for the decade spanning 2012 to 2022. Though not the fastest job growth depicted, it is a significantly higher than that projected for most of Central California and is on par with that projected for the Bay Area at large.

When breaking down the growth by class, the fastest growth by percentage will be in the Creative Class for the region (12.7 percent to 13.2 percent), which will significantly exceed the Bay Area. And interestingly, our region is slated to experience a 9.8 percent to 12.8 percent increase working class employment. This includes construction, transportation and factory jobs and may be partly reflected in the growth of sustainable manufacturing in Davis and the surrounding communities. This includes Davis-based companies like FMC Schilling Robotics and DMG Mori.

For the service class, our region will be one of the slowest growing metros in the country (4 percent to 7.5 percent). This is counter to the projected national trend where “almost 40 percent of metros are projected to see working class job growth higher than the national average of 9.1 percent.”

This is reflected by Florida in the statement that “high-paying, knowledge-based creative class jobs in science and technology, business and management, the professions, arts, media, and entertainment have increased from just 15 percent of jobs to more than a third.”

I encourage you to read the full article and to also read some of Florida’s other work. I have found the ideas, concepts and analysis presented in Florida’s work to be helpful in create working models and frameworks for economic development in general, and the Davis innovation economy in particular. Perhaps you have authors or researchers that you find helpful that you can share? I look forward to the dialogue and input. You can always reach me at rwhite@cityofdavis.org.