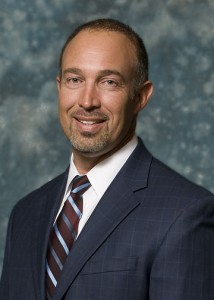 Appointment Sets Up Potential Showdown in June – The Governor’s office announced that it has named West Sacramento City Councilmember Oscar Villegas to be appointed District One Supervisor of Yolo County.

Mr. Villegas has been a field representative at the California Board of State and Community Corrections since 2008 and a West Sacramento City councilmember since 2000.

According to their release, “Villegas served in multiple positions at the California Department of Alcohol and Drug Programs from 1990 to 2008, including deputy director of the CARE Program, deputy director of the Governor’s Mentoring Partnership, staff services manager and associate governmental program analyst. This position does not require Senate confirmation and the compensation is $59,004. Villegas is a Democrat.”

Senator Lois Wolk’s office quickly sent out a statement, “I applaud the Governor’s appointment of Oscar Villegas to serve as Yolo County Supervisor from the 1st District.  Replacing Mike McGowan is a challenge, but I can think of nobody better suited than Oscar Villegas to meet that challenge and represent the people of West Sacramento and the Clarksburg region.”

She added, “I have already worked closely with Oscar on a wide variety of issues during his time on the West Sacramento City Council.  He is a homegrown leader who cares deeply about his community and has the skills and good working relationships in the region that will enable him to come to the Board of Supervisors and immediately get to work.  I especially look forward to Oscar’s help with our efforts to protect the Delta.  This is a critical time and we need all hands on deck.”

The Vanguard caught up with Oscar Villegas who said that at this point he was unsure when he would be sworn in or what that process will look like.

“It really is an honor to be appointed by the Governor to represent Yolo County’s District 1,” Mr. Villegas said.  He paid homage to the work of his predecessor Mike McGowan who he said “has blazed a trail for quite some time.”

“I feel very fortunate but I do feel like I’m up to the challenge,” he said.  “He left me in a very good position, the partnerships that exist within District 1, but also the county included.  Something really special, we have some real opportunities here.”

“I feel I’m the perfectly suited person to transition nicely from the city council, which we’re a pretty well run local government entity and to transition to the county is a perfect fit,” Mr. Villegas added.

Oscar Villegas indicated that while there are many critical issues facing the District and the County, there isn’t one in particular that jumps out at him to tackle first.

“For me there are so many issues that are going to require a lot of attention, my preference is really to soak it all in and learn where the meat and potatoes are before I form any strong opinions about any policy matters,” he said.  “I feel like I’m pretty well up to speed on most issues.”

He concluded, “There is not one pressing issue that I think is the one thing, there are many big things that need to be addressed.”

By law, appointees to fill vacancies for office have to face election at the next regular election.  While there is some debate, the County Elections Office seems to have confirmed that Mr. Villegas will run in June for election.

Already, Norma Alcala, a former analyst of West Sacramento, who was a finalist for the nomination has indicated that she is considering running against Mr. Villegas for the Supervisor Seat.

The Northern California-Dolores Huerta Latino Democratic Club, with roots in West Sacramento, issued a statement on Thursday indicating that it “was surprised to learn that Governor Jerry Brown has appointed Oscar Villegas, a Correctional worker, to fill a vacancy on the Yolo County Board of Supervisors.”

The Northern California-Dolores Huerta Latino Democratic Club, which represent several northern California counties including Sacramento and Yolo counties, had voted unanimously to endorse Norma Alcala because of her continued community activism. This endorsement came at the heels of the Yolo County Democratic Party Central Committee vetting Mr. Villegas and Ms. Alcala and voting unanimously, 23-0-1, for Ms. Alcala as the best qualified person for the job. Ms. Alcala also received the Sacramento Central Labor Council. Yet, the Governor appointed Mr. Villegas even though he did not receive a single vote of endorsement.

“Today, the Governor appointed another male, Oscar Villegas, to the already all male Yolo County Board of Supervisors,” said Eloisa Morales, Vice Chair of the Northern California-Dolores Huerta Democratic Club. “We are disappointed in the appointment, and want to remind the Governor that women live in Yolo County too. The last thing that the Yolo Board of Supervisors needed was another man. We are hopeful that Norma Alcala will enter the race for Yolo Supervisor so we can rectify this lapse in
judgement.”

The group noted that presently, the Yolo County Board of Supervisors has no women representing any of the districts.

“Prominent feminist, Dolores Huerta, and civil rights advocate, Cruz Reynoso, a former Supreme Court Justice from Yolo County had endorsed Ms. Alcala for the appointment. But even with this and additional support from county residents, the Governor opted to appoint Mr. Villegas,” the group added.  “A highly respected community leader and former member of the Yolo County Grand Jury, Ms. Alcala is expected to bring an army of grassroots volunteers into the June elections.”