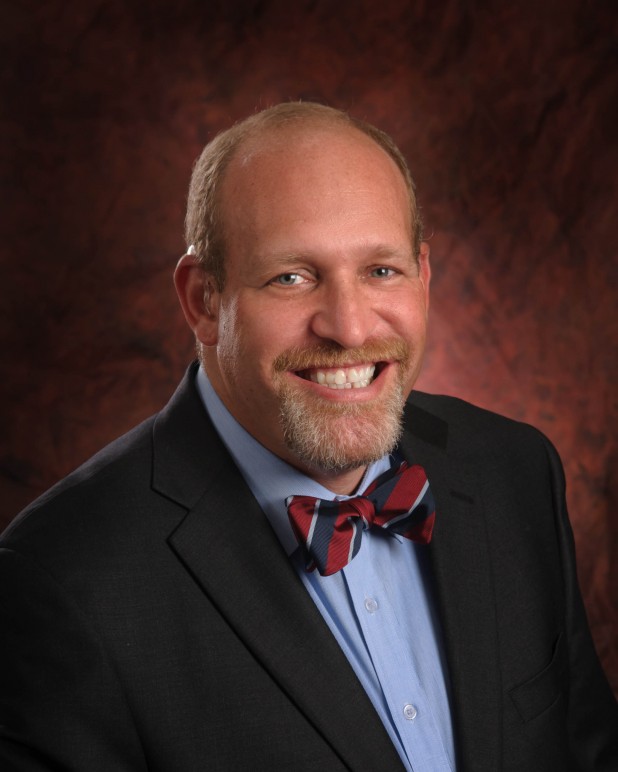 In January, Judge Stephen Mock announced his retirement after 24 years on the bench.  He will retire effective in January, which means that his seat is open and there will be an open election to replace him.  There are now four candidates to replace Judge Mock: JP Brennan is the latest to have filed paper work, following Janene Beronio who serves as a Commissioner in Yolo County Courts, Family Law Attorney Rick Cohen, and Deputy Attorney General Larenda Delaini.

Frederick (Rick) Cohen, a Sacramento-based family law attorney, says he has already raised over $100,000 and claims the support from, among others, West Sacramento Vice-Mayor Mark Johannessen and Councilmember Bill Kristoff, as well as Davis Councilmember Brett Lee.

Rick Cohen sat down with the Vanguard in the first of several in a series of interviews with judicial candidates.

“I want to serve the community and protect children with families,” he told the Vanguard.  “What I do as a certified family law specialist is that I protect children and families, I help people when they are having problems in one of the most complicated areas of the law.  It is not only intellectually complicated… but also you have the emotionally charged atmosphere in family law court.”

Rick Cohen said, “I feel very strongly that the community needs to focus on education, on development, investing into our communities – as a judge I could help with that by supporting the community, by being involved, by being the voice and the advocate for children.”

Rick Cohen has been an attorney since 1989; he has practiced in a variety of different areas of the law.  He is on the board of the statewide certified family law specialists.  There are about 1200 specialists in the state and the board represents about half of them in their membership.

Like Janene Beronio, Rick Cohen does not live in Yolo County.  There is no requirement that a judge has to reside in the county in which they are elected and preside over.

“I live just across the river, about ten minutes from West Sacramento,” he said. “I have been connected to Yolo County since 1986.”

“One of the things I have also done is work as a temporary judge in order to gain the experience and to ensure that I have what it takes to be a first rate judge on this bench,” he said.  “I have presided over family law trials, law and motion hearings, I have done small claims cases for years.”  He has also done arbitration for more than a decade.

Rick Cohen is hearing impaired, however, he believes that overcoming his impairment has actually presented him with the strength and perspective to be a good judge.

“My life challenges, including being deaf and having two cochlear implants and being a parent of two young children have taught me the wisdom of patience, kindness, and respect,” he said.

One of the more important traits in a judge is judicial temperament, the ability to stay objective even in the face of frustrations and adversity.

He explained, “When a judge gets frustrated, the judge needs to be able to breathe, step back, and work to address the problem.  Family law is an emotionally charged environment.”

He added, “When a situation gets difficult, a judge should consider calling a recess so that all sides may calm down.  A judge should also use their voice to help calm difficult situations – rather than raising one’s voice or competing with an upset attorney or party, a judge should use a quieter, calming voice in order to defuse a tense situation.”

“Judges should also take the time to explain the issues, the law, and the dynamics involved so that the attorney or party understands what is happening, why the judge is ruling a certain way, and to help that person focus their case or argument to the factual and legal issues needed for the judge to make the appropriate ruling,” he explained.

While Mr. Cohen’s experience is in family law primarily, Yolo County as a small courthouse often needs judges to be generalists.

Currently, Judge Kathleen White serves as a family law judge in Yolo County, though the position has tended to rotate with Judge Sam McAdam serving in that capacity in the previous judicial assignments that ended prior to 2013.

Rick Cohen noted, “It’s a very difficult assignment, because there is a lot of law that you have to know.  And it’s emotionally charged so frequently there are judges who will come in for a couple of years and then they leave.  They say how rewarding it was, but they’ll never come back.”

“So if someone is out there saying I’m willing to do it for the next twenty years, usually the PJ (presiding judge) is going to be very happy to have you there and stay there,” he said.  “But I’m prepared to handle any assignment – civil, probate, juvenile, criminal assignment – wherever I can best serve because I’m about the community and how I can help the community.”

Judge Mock, whose spot the next judge will fill, worked for years as a felony criminal court judge and he heard the big cases in Yolo County – those so-called long-cause trials that lasted for more than a week.

Rick Cohen believes he is qualified to be a criminal court judge if that is what he is needed to do.  He said, “I have that general broad background as well as being a specialist.”

Family law court has come under fire in recent years with concerns that vulnerable children end up being placed into positions of great risk due to the inequities of the system.

“What better solution than to make sure we have a certified family law specialist on the bench who has the experiences, the knowledge, and the temperament to handle family law assignments,” Rick Cohen responded.

“In terms of the issue of representative parties and attorney fees, approximately seventy percent of the family law litigants are self-represented,” he said.  “So it is important that you have a judge who knows what he is doing because those self-represented people don’t, in order to get the information, get the facts correctly applied to the law, make the right decisions, protect the children where we can and ensure that the cases are going in the right direction.”

He explained that with the attorney fee issue, “The goal with California attorney fee laws is to ensure equal access to justice.  So if one side has the means and the other side does, there is a goal in the law to ensure that there’s parity, that there’s opportunity for both sides to have the same level of quality representation.”

“Does that mean that some people might go it alone without an attorney because they’re afraid of getting assessed with an attorney fee order? Yes,” he continued.  “There’s not much I can do about that.  We have a policy that says we want both sides to have equal access, both sides have equal representation, there are limited dollars to go around.”

In 2010, the Elkins Family Law Task Force emerged out of a California Supreme Court ruling that “recognized that family courts were underresourced and that the increasing numbers of self-represented litigants presented unique challenges to the courts’ ability to provide meaningful access to justice.”

The court recommended that the Judicial Council of California establish a task force to “study and propose measures to assist trial courts in achieving efficiency and fairness in marital dissolution proceedings and to ensure access to justice for litigants, many of whom are self-represented.”

One of the key questions he asked was, “What do we do about crime?  Just locking them up in jail isn’t the solution.”

He understands that neither he nor anyone can solve these problems all at once, but said, “If I can help make my little corner of the world a little bit better, then I’ve done something very valuable.”

“That’s not a problem that’s easily solved by the court,” he explained, though it’s not the court’s fault.  He expects improvement to come with renewed revenue from the state.  But that new money will not be sufficient.  “That’s the biggest problem of having the resources, our system is only as good as our community.”

He said the great thing about our court system is that jurors are ordinary people who are called down and selected.  “They usually get it right,” he said.  “They care, they work very hard, they want to make sure they understand the information.  They’re making important decisions – whether or not somebody should be convicted of a crime.”

“My judicial philosophy is to ensure a fair and impartial justice system without regard to political pressure, public opinion, or powerful interest groups.  Judges need to take the time to fully obtain the facts and then apply those facts to the law.  Judicial honesty and integrity demands no less,” he explained.

He noted, “Judges have an absolute obligation to disregard political pressure.  True courage is a judge that makes a decision that is factually and legally correct, even if it is politically unpopular.”

Qualities that he admires in judges are “judges who are frank, direct and to the point; judges who are kind and gentle but can be strong and firm when needed; judges who are intellectually honest and do not bend the law to suit the judge’s convenience; and judges who make an effort to be a part of the community rather than remaining aloof in an ivory tower.”

One of the biggest changes in California law in the last few years has been AB 209, realignment and the rise in split sentencing.

The Vanguard asked Mr. Cohen whether he supports split sentences and to explain why or why not.

He said. “I support AB 109’s concept of split sentencing in limited appropriate cases.  We need to invest in our community.  Nothing stops bullets like a job.  One of the better investments we can make is to help people transition back into society with the help of training, counseling, education, and employment assistance.”

“Simply locking people up and then releasing them at the end of a sentence only perpetuates a revolving door cycle of crime, incarceration, poverty, crime and repeat,” he reiterated but added,   “However, we need to also address prosecutorial concerns that there be appropriate and adequate supervision of split sentence defendants.”

With four candidates to replace Judge Mock, the initial election will be on June 3.  If no one gets over 50%, the top two finishers would face off in November.