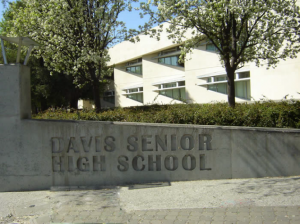 Imagine the scenario, which actually isn’t that far-fetched in Davis, the daughter of a school board member is looking to get into Harvard for college, but one day gets too drunk partying before a key test and flunks the test.  For the term, she gets only a B instead of an A and ruins her 4.0 grade point average.

The next year, the student is again in that teacher’s class and, being a discipline problem, the teacher sends her to the principal several times, ultimately forcing the school to suspend her.  The school board member files a complaint and ultimately the teacher is suspended and fired.

If this seems impossible, consider – in a world without tenure – that is the potential minefield that a teacher might face.  It might not be the child of a school board member, but perhaps a large donor or powerful community member.

Tenure is a controversial subject, and many see it as a means to protect bad teachers.  In reality, it is a protection mechanism to protect the ability of a teacher to be able to teach their class as they see fit, give grades, and offer discipline without fear of being politically railroaded.

Those protections are not in place for coaches and principals and we have seen firsthand in the last few years the hazards of the ability of the school district to fire or terminate the contract of at-will employees.  And while the public can pressure the school district, privacy and personnel laws make it difficult, if not impossible, for the public or the media to get to the bottom of these stories.

Critics like Michelle Rhee criticize tenure as a means to protect “incompetent teachers from being fired.”

However, while tenure does not guarantee lifelong employment, it does make firing teachers a difficult and costly process – unlike the dismissal of a coach or principal.

That is by design, as it makes the process for firing teachers “deliberately slow and cumbersome, in order to dissuade school boards and parents from ousting a teacher for personal or political motives,” as Time Magazine noted in a 2008 article.

Time notes, “The start of the tenure movement paralleled similar labor struggles during the late 19th century. Just as steel and auto workers fought against unsafe working conditions and unlivable wages, teachers too demanded protection from parents and administrators who would try to dictate lesson plans or exclude controversial materials.”

Critics argue that we have made tenure for elementary and high school teachers too easy.  College professors are required to record a sizable amount of published research with long probationary periods.  K-12 teachers, on the other hand, can win tenure after working as little as two years.

But the controversy over the dismissal of the volleyball coach should depoliticize the issue of tenure.  The reality is that, in places like Davis, the failure to have tenure would turn the very act of teaching into a circus.

Just as we see the controversial firing of athletics coaches, we would see teachers under pressure, fearful that giving a B to the wrong student might result in their dismissal.

What is clear is that this is not just a problem that resides in the fact that the coach lacks tenure.  The school board knew or should have known that a problem existed here long before the issue came up again this past week.

The school district clearly needs to take steps to prevent parents who sit on the school board from using their authority to retaliate against coaches and teachers that they believe have acted detrimentally to their children.

By the same token, critics of tenure will argue that it has gone too far, making it difficult to remove teachers who are performing poorly in the classroom.  And there is little doubt this is true, but the problem is finding an objective way to separate the teacher who is performing poorly in the classroom from the teacher who is unpopular or who has upset a powerful entity in the community.

That is the heart of the matter here.  From what we can tell – based on the timeline that was published today and public discussion, it may actually be only one parent that has a problem with this coach, but because it is a parent strongly situated in the school district, the result has been not one but two dismissals.

The fact that the coach was reinstated last year and has appealed this year notwithstanding, we can see the potential in a system of at-will employees for abuse.

The question going forward in the broader public discourse is this: informed by such potential for abuse of power or undue influence, given the vulnerability that a teacher has, given the competitive process which many parents have for academic achievement, particularly in a community like Davis – is there a better way to handle poorly performing teachers while leaving key protections in place for other teachers?

I confess, I do not have a great answer to this, but I think critics of tenure need to confess that this is not an imagined danger.  We see it right here before us, in our very own community.

53 thoughts on “My View: This is Why We Have Tenure”