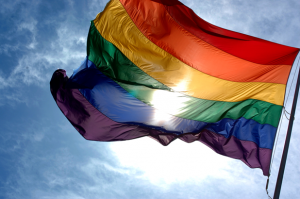 Raising a daughter, that can best be described as mercurial, has been “delightful” – add to that an I.Q. well to the right of the bell curve and the delight comes pouring down in buckets. Before everyone begins a collective eye roll I’ll remind everyone that a good percentage of prison inmates are well to the right of the I.Q. bell curve. I could personally tell you why that is but I’ll save that for another day. Today I’d like to talk of dilatants and dogs. Dilatants are substances that become firmer when pressure is exerted (think cornstarch in water). Dogs need no explanation.

So as part of my daughter’s long winding ramble to self she left a lucrative (well paying) career to pursue medical school. Her partner, as it happens, also decided to go back to school. I got to house sit their respective dogs. A situation my own dog was very pleased about. There are many perks associated with dog ownership.

One of the most understated is dog park camaraderie.  Somewhere between poop scooping and keeping your dog from eating or being eaten by other dogs you get to hear great life stories. In general people at dog parks are filtered nicely by virtue of having a dog and in general are amiably compatible with your own personality.

I may never be invited to any of these people’s bar mitzvahs or weddings but I know some of their favorite books, how their kids are faring in college and have collected great gardening tips. Conversational pabulum, I know, but there is comfort that in knowing we are part of the greater ebb and flow of humanity. I’ve also learned it is a great place for ambushing yourself.

No dog park story is complete without the introductory how did you get your dog. Easy, right? Enter the debate on whether homosexuality is a choice, marriage equality, don’t ask don’t tell, Duck Dynasty.

This very innocent question becomes a live grenade in the middle of a sunny field of happy dogs. Do I tell how one dog belongs to my daughter, one to her partner and one to me? A partner can be male or female after all. Do I say the two extra are my daughter’s? Do I say they all came from the SPCA?

You may say I am overthinking this. Everyone picks and chooses how much of their private lives they divulge, even to their closest friends, but for people that live behind social stigma even the simplest social moments can become a tap dance. Though I am talking about having LGBTQ children, this can be can be applied to anyone associated with a non-normative situation such as mental health issues, addictions, poverty, learning disabilities or someone with a perfectly average child in Davis.

During my last encounter with someone at the dog park, that gave me the not-so-tolerant vibe, I thought about how often I have glossed over the censorship in my conversations. Until my son was involved in a hate crime, many of the people I saw on a day to day basis did not know my children were gay.

Often I felt my censorship came from being protective but, more than not, I felt cowardly. This brings me to dilatants. Dilatants’ shear viscosity increases the more stress is applied. The more society accelerates towards acceptance of gay marriage and people living openly gay lives, the stiffer the resistance from certain groups becomes.

Certain people are affronted when they feel agendas they do not agree with are shoved in their faces. And I admit I understand this. Why is it every time a celebrity comes out it is news? Does this really help in advancing acceptance of the LGBTQ or is it just ratings fodder?

While I certainly do not subscribe to keeping my children’s lifestyle shamefully hidden I also understand that all beliefs should be respected, provided they are not dangerous.

Today we cannot imagine torturing people for witchcraft or holding them as property, but these were commonly accepted beliefs at one time. I have faith that the volatile objections against openly gay lifestyles will one day seem as absurd as these beliefs.

I pray that this will happen in time for my grandchildren to live lives free of shame. In my conversations with a fellow social justice advocate about intolerance, they said, “We don’t need to be invited to birthday parties, we just need to be treated equally.”

There is great wisdom in this, but I balk because true equality doesn’t happen without understanding. I DO want my children to be included. I want people to see that the light that shines through their individual prisms comes from a universal source. I want a person’s sexual orientation not to be national news. I want dog parks to be places where I do not ambush myself.

Share:
Tags:Dog ParksDogsGaysHate CrimesLGBT
Previous : A Look Into the Work of Davis Roots
Next : Board President Daleiden Attempts to Offer Some Answers to Burning Questions

11 thoughts on “Of Dilatants and Dogs”