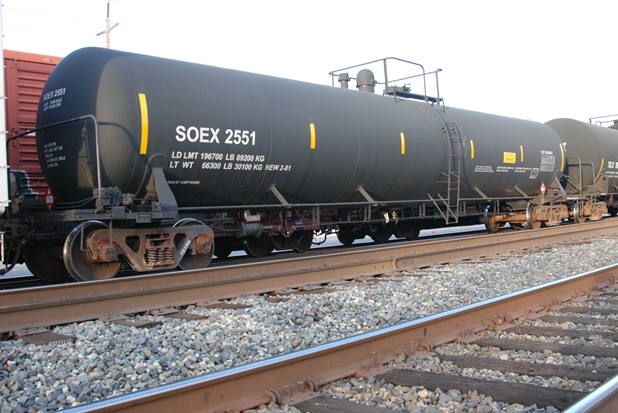 Editor’s note: The following letter was submitted to the Vanguard by Mayor Pro Tem Dan Wolk.  He wanted to be clear he was writing the letter as an individual Councilmember, and not speaking on behalf of the Davis City Council or the City of Davis.  In late January, more than fifty people attended the Davis Natural Resources Commission meeting expressing their concern about the transportation of crude oil by rail through Davis.  On February 3, Lynne Nittler co-authored a piece in the Vanguard on this issue.

I am writing to express my and my constituents’ serious concerns over the proposed upgrading of the rail terminal at the Valero refinery to take in as much as 70,000 barrels of crude oil a day.  I should make clear that I am writing this as an individual Councilmember; I am not speaking for the City Council or the City of Davis.

The proposed upgrade would substantially increase the amount of crude oil passing through our community and others along the rail line each day, with much of that oil coming from the Bakken Shale in North Dakota.  This oil appears to be more explosive, as demonstrated by the tragic accident in the town of Lac-Megantic, Quebec, last year which killed 47 people when a train carrying such oil derailed.

In both a literal and figurative sense, that rail line runs through the heart of our community.  I myself commute along this same rail line to and from my “day job” as a Deputy County Counsel for Solano County.  The thought of 100 tank cars full of Bakken Shale oil running through our community each day is absolutely disconcerting.  A similar accident in Davis as the one in Quebec would likely produce even more catastrophic results, in terms of loss of life and the destruction of our downtown.

I am currently exploring with a number of others what options our community and other “up line” communities have, recognizing that some measures, including requiring safer rail cars, are beyond our authority.  In the meanwhile I wanted to share the above concerns with you.

Share:
Tags:City of DavisCrude OilEnvironmentRailroad
Previous : My View: This is Why We Have Tenure
Next : Meet the Next City Manager