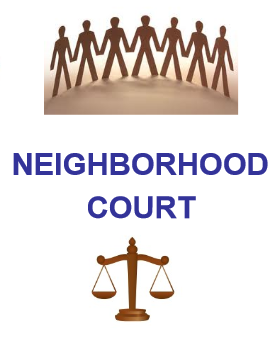 A meeting was held in West Sacramento last night for the new Neighborhood Court program established by DA Jeff Reisig. The program was started as a process to help first time offenders with misdemeanors and/or infractions and to have an opportunity to resolve the matters without taking it to court and ending up with a criminal record.

First to speak was Lisa Rea from the National Organization for Restorative Justice. Ms. Rea explained several programs in which she, herself, has taken part or started, in various states.

She explained to the public that offenders and victims benefit greatly from this type of justice. She said it is Restorative Justice that works. Ms. Rea said the program allows the victim to face his/her offender and explain what the offense meant to them. In turn, the offender has the opportunity to apologize and perhaps explain why they committed the offense.

Ms. Rea said, “There is healing that takes place and eventually forgiveness and this process is not easy.” Other punishments are determined by a panel and facilitators who come up with a positive way of retribution. But most of her work, however successful, has been in the prison system, unlike the Neighborhood Court Program established by our DA.

In the explanation of the Neighborhood Court Program, Chris Bulkeley, a Deputy District Attorney, defined what it entails. He said if a crime of vandalism occurs by a young person, they receive a citation and are then asked if they would like to participate in the program instead of a lengthy court process, winding up with a criminal history. He stated most people of the first time offenders choose the program, but some who do not feel they are guilty and will choose to take the case to court.

Mr. Bulkeley said if they meet the eligibility requirements, like the crime being a misdemeanor and first time offender, then they begin the steps. The offender meets with a panelist from the court program, along with a facilitator who discusses what should be done to restore the situation. Both offender and victim get the opportunity to discuss their feelings and talk about punishment. Debts are resolved in a manner in which the offender is able to pay, if the offense has monetary value.

Once the punishment is agreed on by all parties and is completed by the offender, then the case is closed out.  The offender has no criminal record on file.

If it pertains to vandalism, it could mean cleaning up and paying for what they destroyed and apologizing to the business owner and/or the victim.

Rev. Bill Wong, from a congregation in Davis, said he had an incident where a young college kid had broken a window in the church building. He said when given the option of utilizing the program, he accepted. What made the process a success was that the young man had the chance to hear how it had hurt the sanctity of a place many homeless people use as a safe haven to rest. Bill said the experience of bringing both the perpetrator and victims together to face one another gave each one the chance to listen to how the incident made the victims feel.

Deputy DA Chris Bulkeley talked about his own personal feelings after being mugged several years earlier. He said the mugging made him feel personally defenseless because the men were much larger than him. He stated in the neighborhood court program, you have the chance to talk about those feelings to the offender and it resolves some of the harm done.

Ms. Rea is the President of “Restorative Justice International,” and explained that this type of restoring has already been going on for a while and it works. She said it is not an easy way out, as others may think or say, but a more difficult thing to admit you are wrong/guilty and make amends to your victim, be it the community or another individual.

Jeff Reisig was asked by a member of the audience if the county has seen any monetary savings working this program, for our county. Mr. Reisig stated, “no, not yet.” But the county is hopeful it will eventually save a lot of time and money.

Chris Bulkeley said so far, since the program has begun, there have been about 154 cases resolved successfully.

The Neighborhood Court Program was modeled after a program out of San Francisco, Mr. Bulkeley explained. But we also know that one of the most successful programs first started utilizing the “Restorative Justice” theme was implemented in 2010 by David Gottlieb, a Fresno County judge, for youth offenders only, and was another proven success.

But the big difference is the court program cases never go before a judge. All cases are handled among the panelists, facilitators, offender and victims. However, all of the known programs that have used such a system have a proven success rate.

Lisa Rea said these programs are recognized by our legislature and growing fast across the nation.

Share:
Tags:District AttorneyJeff ReisigNeighborhood CourtRestorative JusticeYolo County
Previous : Board Lays Out Appeal Process; Robert Peterson Lashes Out At Board Meeting
Next : My View: Vanguard Presents ‘You Make the Call’ on Volleyball Controversy