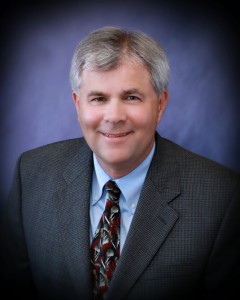 Today for the first time, the Davis City Council will meet to discuss the process to name the next interim city manager as well as a process to hire the next permanent city manager.  The fact that it took until Friday when there was a council meeting on Tuesday is a sore spot for some on council.

There are naturally names floating around that might be possible targets.  It is tempting to focus on familiarity.  These are the names we know, these are the names we are most comfortable with.  However, I am going to make the case that just as we needed to go outside of the organization to hire Steve Pinkerton – someone not wedded to the inside power dynamics, it is important to hire an interim, a temporary interim, not someone who is going to ultimately become the new city manager, from outside the organization.

In 2006 when City Manager Jim Antonen was abruptly fired, the city went internal to Bill Emlen for reasons a lot of people still question at this point.  Mr. Emlen had been Planning Director and ended as the permanent hire until he left in 2010.

The council at that point named Paul Navazio for the interim position, he applied for the permanent position but ultimately the city council went to an outside hire in 2011 with Steve Pinkerton.  It was really what the city needed – fresh eyes taking a free look at the city’s problems and, under the work of Mr. Pinkerton, the city slowly began a process of re-organization, restructuring city contracts, and beginning realistic assessments of infrastructure and departments like public works and fire.

The result is that, while most people feel that Mr. Pinkerton left before he completed his job, most also believe that he left the city in a far better position than he arrived.

“Steve used his deep understanding of municipal management to implement a suite of major and highly challenging priorities of our council,” Mayor Krovoza remarked on Thursday.  “Our budget is as transparent and realistic as possible and our labor agreements have increased the prospect of long-term stability for our great employees and community services.”

Others in the community echoed the mayor’s sentiments. UC Davis Associate Vice Chancellor of Resource Management and Planning John Meyer said, “Steve was totally committed to nurturing the seeds of partnership with the university and those projects are now bearing fruit.”

Elaine Roberts Musser, current chair of the Senior Citizens Commission and former chair of the Water Advisory Committee, stated, “Mr. Pinkerton is a consummate professional and has been an outstanding City Manager, leading the city towards a more fiscally sustainable path.”

“Steve has served the City Council well through a very difficult set of financial and staffing decisions. I wish him the best as he embarks on a no less challenging job sorting out the water future of Incline Village,” said Cool Davis Executive Director Chris Granger.

Moving forward then, what is the best path for the city to take?  Obviously, there are a variety of different views, but one point that resonates with me is that the likelihood that the interim selected under this city council will end up the permanent city manager is quite small.  This is going to be a very tough year with tax measures, land use, council transition, and the omni-present water issue.

One of the things I have respected about Mr. Pinkerton is the strong senior staff that he has assembled.  Four years ago, I talked in terms of the need to clean house, but several of the key leaders in the city are either holdovers or people who have come back, like Mike Webb at Planning.  Part of evaluating a leader is the strength of the people under the leader and Mr. Pinkerton has made his senior staff better.

It is hard to see the city changing two leaders in a time like this.  The work that Yvonne Quiring has done on the budget, mostly behind the scenes, the work that Herb Niederberger has done helping the city on water as well as other infrastructure needs, the work that Mike Webb has done leading the planning department, the work that Kelly Stachowicz does as Deputy City Manager, the work that Rob White has done in just one year on innovation and economic development – are just short of amazing.

I have nothing but respect for the work that Landy Black has done in helping to create a far better police department since he arrived and his stepping up last year to fill the void of administering the fire department during very trying times is quite admirable, but I think we are better off if he remains a police chief rather than moving over to city manager.

In short, all of those people – and I apologize if I overlooked critical senior employees here – are already booked with critical work.

Moreover, there are landmines ahead.  Steve Pinkerton has done some courtesy in staying a bit longer than his mandated two months and will leave April 28.  But April 28 does not get us to the most critical moments this year as we have a sales tax, a water initiative and a council election in June and possibly a parcel tax and a Measure R-type vote in November.

It is my belief that a short-timer, one who has no stake in the game and could step in from the end of April until September or October, when the city can hire a permanent city manager, would be able to take on some additional tough issues without having to worry about upsetting the power structure, losing their job or not getting hired permanently.

An internal pick would likely take the position with the thought in mind of being permanent city manager, and that would make them vulnerable to internal and community pressure.

The other point that has been made to me is that the city of Davis is in far better shape this time around.  The work that has been done by this council led by Rochelle Swanson on economic development, and Joe Krovoza, Rochelle Swanson and Brett Lee on budget reform has positioned Davis as a premier spot for a top-notched city manager.

Two and a half years ago when Mr. Pinkerton arrived, I questioned his salary.  I then got the extraordinary chance to work very closely with him, watch how he operates, and watch the care and detail of his planning.  There is no doubt in my mind that many of the greatest accomplishments would not have been achieved without his vision.

But, like any great city manager, it is the people that surrounded him that was critical.  Agree or disagree with Mr. Pinkerton, no one can deny that, by the end of the surface water project process, the leadership team was markedly improved.  In the summer of 2011, I remember sitting around the room with interim City Manager Paul Navazio, Interim Public Works Director Bob Clarke, Jacques DeBra who headed up the water project, and consultant Jim Yost.

Many of these individuals were good people, but they were out of their area of expertise.  And so, in a year and a half time, the team had completely changed.  By December 2012, the team leading the way was Herb Niederberger, Dianna Jensen, Doug Dove from Bartle Wells, and Mark Northcross, the city’s financial advisor; regardless of what you think of the water project, it was night and day, the difference in the level of expertise from what I had observed just over a year before.

When Steve Pinkerton needed to reform the fire service, he brought in Scott Kenley, a man he knew would not cave to the firefighters’ union, and Mr. Kenley was able to put together the plan that was implemented in 2013 that enabled the city to achieved reforms to response times putting the goals in line with reality, achieve boundary drop and, after much turmoil, reduce staffing and reach agreement on shared management services.

Coupled with impasse that was done correctly, these reforms will save the city well over $1 million annually and possibly far more than that.

We need to find that kind of vision and intelligence in the next leader because, while everyone figured that Steve Pinkerton would be a short-termer, no one figured it would be only two and a half years.

These kinds of changes could not have occurred with an internal selection and the next round of changes will again need people from outside the current power structure who will be able to push through reforms even when they get push back.

For that reason, the council should go outside, find a retired city manager who has the ability to stay about five months and get going on the current hiring process.  The wrong hire here will set back this effort and may result in the tax measure failing due to lack of community confidence in the process.

9 thoughts on “Who Will Be the Interim City Manager: The Case For Going Outside”