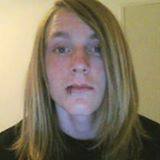 by David Greenwald and Antoinnette Borbon

Yolo County Judge David Reed denied a motion by the defense to suppress 16-year-old Daniel Marsh’s confession to Davis Police on June 17, 2013, with regard to the double homicide in South Davis in the spring of 2013, following about an hour evidentiary hearing and reviewing video and audio recordings of the five-hour-long interrogation by Davis Police officers and FBI Special Agent Christopher Campion.

The courts, following Miranda, have ruled that in order for self-incriminating statements to be admissible, suspects must “voluntarily, knowingly and intelligently waive these rights before they confess.”  Moreover, Miranda shifts the burden of proof to the prosecutors.

Following an evidentiary hearing with testimony from police personnel including Trease Peterson, a Youth Intervention Specialist, Officer Eddie Ellsworth, a police officer who works as the School Resource Officer at Davis High, and FBI Special Agent Campion, the defense argued that, despite the apparent intelligence and sophistication of the young Daniel Marsh, the interrogation began under false pretenses and Mr. Marsh made repeated requests to go home.

The defense argued that these represented evidence that the prosecution failed to meet the standard that the confession was voluntary and that Mr. Marsh, despite being read his Miranda rights, intelligently waived those rights.

The prosecution laid out the case that Mr. Marsh was not a typical 16-year-old.  Michele Sharitz, who is a Police Services Specialist, a civilian position, testified that she runs a youth program and a cadet training program for 13- to 17-year-olds, which Mr. Marsh participated in as a 13-year-old.

She testified that he showed maturity and sophistication at that time beyond his years.  “Daniel stood out in a positive way,” she testified and later added that Daniel “was one of the people who stood out most in the 2010 class.”

Under cross-examination from Deputy Public Defender Andrea Pelochino, who assisted in this matter due to her expertise in juvenile matters, Ms. Sharitz acknowledged that there was no training in the program on interrogation of suspects, victims’ rights or Miranda rights.  Moreover, they were taught to follow the chain of command and taught about insubordination as a cause for discipline.

The testimony of Eddie Ellsworth illustrated the chain of events on the day of June 17, 2013.  Officer Ellsworth first met Mr. Marsh in the police youth academy and had had periodic encounters with him off and on during his duties as School Resource officer.

In September of 2012, he transported Mr. Marsh to the hospital during a 5150 evaluation.  He testified that, at the time, Mr. Marsh was coherent, he understood the questions and was compliant.

Officer Ellsworth testified that he had a cordial relationship with Daniel Marsh and had worked to earn his trust.

There had been a recent incident, prior to the June 17 interview, in which Mr. Marsh had a knife on campus and his mother had requested that Officer Ellsworth attend a meeting on the campus as a support person on Daniel Marsh’s behalf.

The morning of June 17, Officer Ellsworth described that there was going to be a major operation; they cancelled the Youth Academy, and he received an “ops order” in which he saw a picture of Daniel Marsh as the suspect in the double homicide in South Davis.

It was Officer Ellsworth who contacted Mr. Marsh at a residence on East Eighth Street – they wanted to contact Mr. Marsh and bring him in for questioning in a low-key manner.

Daniel Marsh, believing he was going to talk about the knife incident, was taken to the police station, where he spoke to Trease Peterson, who testified that she talked to him for approximately 30 minutes about the Youth Diversion program.

It was at that point when Officer Ellsworth took him into the interrogation room with Detective Ariel Pineda.

He was not placed under arrest.  Officer Ellsworth said that he asked him if he had weapons and observed that Mr. Marsh patted himself down – but he never himself made contact with Mr. Marsh.

It was in the interrogation room that Detective Pineda would advise Mr. Marsh of his Miranda rights, and eventually informed him that he was a suspect in the homicide investigation.

Special Agent Campion, a 25-year FBI Special Agent in the Sacramento Field office, testified that he was in on the five-hour interrogation of Mr. Marsh.  He had never met the defendant previously.

He said he showed sophistication for his age and was a very intelligent young man.  He also testified that he used a story of a palm reader to illustrate that he would not be judgmental of Mr. Marsh; he said that that gave him a soft place to land and would allow him to confess to someone who would not judge him harshly.

In her arguments, Ms. Pelochino argued that the court needed to suppress all statements given after Mr. Marsh stated, “I need help.”  She said that the prosecution had failed to show that these statements were voluntary in all circumstances.

In particular, she argued that his youth, inexperience and mental health challenges made him uniquely susceptible to the suggestions of law enforcement and a veteran FBI special agent.

Ms. Pelochino cited research on juvenile susceptibility versus that of adults to confess or possibly falsely confess under pressure.  She argued that his apparent sophistication does not matter.

She argued that his past experiences with law enforcement made him more and not less vulnerable.  He had developed a level of trust for Officer Ellsworth, who used that trust to lure Mr. Marsh to the police station under a false guise that he would be dealing with a wholly different matter.  He told him that he would call his mother as a way for Mr. Marsh to relax, but did not do so.

Moreover, his experience in the youth academy made him more susceptible to outside pressure to submit to authority.  Despite his sophistication, she argued that Mr. Marsh had no training on the rights of the accused.

She argued that the prosecution improperly ignores that the police and FBI agent carefully crafted a theme to capitalize on Mr. Marsh’s youth, inexperience and mental health infirmities.  The FBI agent lured him into a false sense of security, offering to “help” Mr. Marsh and to “heal” him.

She argued that he made repeated requests to go home, which were akin to a newly-asserted right to remain silent after the conditions of the interview changed.  It was only after the investigators ignored Mr. Marsh’s repeated requests that he confessed after being played a phone conversation between two of his friends.

In his counter, Deputy DA Michael Cabral argued that this was “not a close call.”  He said that the standard here is the totality of the circumstances, as to whether the confession was given “voluntarily, knowingly and intelligently.”

Mr. Cabral argued that, while there was the ruse of diversion, Mr. Marsh was informed of both his Miranda rights and also the change of circumstances.  He was told that they knew he had knowledge of a double homicide.

Mr. Cabral argued that Mr. Marsh was not unsophisticated and that he showed uncommon understanding and sophistication for a 16-year-old.

He said that, contrary to arguments from the defense, Mr. Marsh challenged the officers at times.  Moreover, he noted that Marsh was not isolated or incommunicado during the five-hour interview.  He had his phone with him, was offered a chance to use it, and he even received a call during the middle of the interrogation.

Mr. Cabral argued that there is no evidence that the infirmities impacted him.  He argued that Mr. Marsh responded to police questions by stating that these were rumors and to “let me go home first to think about things.”

Mr. Marsh had said he realized he had a choice to make right before he confessed.  He said, “I’m f- either way,” and knowingly and voluntarily made the decision at that point to tell the whole story.

Following arguments, Judge Reed took about a half hour recess and then made a full accounting of the facts presented and the legal arguments.

He acknowledged that the burden was on the prosecution to show the totality of circumstances pointed to a voluntary confession by a legal standard of preponderance of the evidence.

Judge Reed evaluated the maturity, education level, mental condition of the suspect, the use of a ruse, the length, the leniency, and the asserted right to remain silent.

He noted that the defendant was 16 years old, well-spoken and intelligent.  The judge said that Mr. Marsh had a calm demeanor and appeared to have no distress until he confessed, and even then he remained calm.

Judge Reed ruled that all of this does not support the conclusion that the confession was involuntary.

Judge Reed noted that, under Miranda, there is no magic word or combination of words that create the renewed right to remain silent after Miranda rights are initially named.

He then evaluated whether the repeated requests to go home were the invocation of the right to remain silent.  He evaluated the circumstances in which his requests were at first ignored and then eventually he was told that he could not go home, that he was going to be arrested and detained at the juvenile detention facility.

Judge Reed ruled that this request was ambiguous or equivocal.  In evaluating the totality of the circumstances, he ruled that in this case the evidence does not show the defendant having difficulty communicating, and therefore he never invoked his right to remain silent.

He was not coerced and the judge ruled that Daniel Marsh “voluntarily, knowingly and intelligently waived his right to remain silent.”

Therefore, the motion to suppress his statements were denied.

Judge Reed granted a defense motion to continue the trial until April 14, with a Status Conference set for March 21.