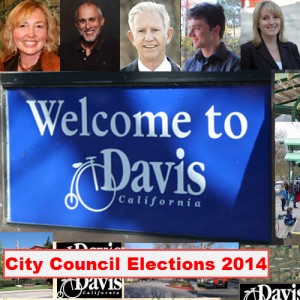 How much do campaign finances matter in a city council campaign?  Probably not a huge amount.  Robb Davis was the first announced in this race and the only one of the four major contenders not to hold or have held elective office.

Nevertheless, he needed a big showing in order to demonstrate that he could contend for the city council and so far, he is doing exactly what he needs to from a financial perspective.

For the entire campaign he has raised just over $14,000, easily leading the way over his closest competition.  Over $8,000 of that is from contributions from others. He has personally loaned his campaign $5,690 to this point in time.

Even during this latest period when he has been on more even footing with the other contenders, Mr. Davis still raised $5000.  He has $6654 cash on hand after spending over $5600 this period.

Rochelle Swanson had a credible showing bringing in $7185 with nearly $5000 in expenses on her own.

However, Mr. Munn’s first contribution was not until March 12 or five days before the cutoff date for this filing period.

Daniel Parrella’s cash on hand at least puts him into the category that he should be watched a bit more closely than before.  It is a difficult climb for a young candidate into contention, but having $4600 cash on hand makes him a serious candidate at this point.

However, we still believe that this is a four person race.  John Munn got a very late start, but his list of signatures on his nomination paper suggest he will be able to raise the money he needs to contend.

Rochelle Swanson and Sheila Allen are current elected officials with Ms. Swanson the incumbent and Ms. Allen a nine year school board member.  They are going to be formidable candidates throughout this campaign and the money they were able to relatively quickly put together demonstrates that very clearly.

Robb Davis is the only one of the four contenders not currently holding elected office.  His $14,000 showing total puts him in the game and that is really all he needed to be able to do.

The real race is about to start, buckle up.