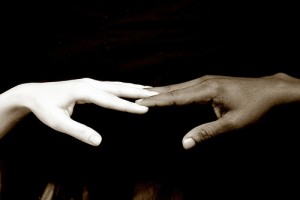 Last summer, we published a speech by San Francisco Public Defender Jeff Adachi who spoke to an audience about the role of implicit bias and how it impacted the Trayvon Martin case.

In his speech, Mr. Adachi cited research from neuroscience to give insight into the Trayvon Martin story.

He said, “In his 911 call, George Zimmerman said that that Trayvon ‘looks like he is up to no good’ or that ‘he’s on drugs or something.’ He also said that Trayvon ‘looks black.’  Zimmerman saw Trayvon as threatening even though Trayvon had not behaved in a threatening manner.  ‘F…ing punks, these assholes, they always get away,’ Zimmerman said.  Even though Trayvon was on his way home from the store, holding Skittles and an iced tea, he was not able to convince Zimmerman, at least through his appearance, that he was just walking down the street, minding his own business.”

“This is where implicit bias comes in,” he explained.  “As we discussed earlier, amygdala activation levels match implicit racial bias levels.  If someone sees a threat, then implicit bias will increase the threat they feel. As a result, someone can see an African American man, decide that he is a threat because he is African American, and then become overly aggressive toward him.  And this is something of which they may not even be conscious.”

New research published in the Journal of Personality and Social Psychology bears much of this out.  Black boys, as young as 10, are shown in this study by researchers at UCLA, Penn State, and the University of Pennsylvania, to not be given the same presumption of childhood innocence as their white peers.

Instead, they’re considered to be much older than what they are, perceived to be guilty, and face police violence if accused of a crime.

“Children in most societies are considered to be in a distinct group with characteristics such as innocence and the need for protection. Our research found that black boys can be seen as responsible for their actions at an age when white boys still benefit from the assumption that children are essentially innocent,” said author Phillip Atiba Goff, PhD, of the University of California, Los Angeles.

To test for prejudice, researchers had officers complete a widely used psychological questionnaire with statements such as “It is likely that blacks will bring violence to neighborhoods when they move in.”

To determine officers’ dehumanization of blacks, the researchers gave them a psychological task in which they paired blacks and whites with large cats, such as lions, or with apes.

Researchers reviewed police officers’ personnel records to determine use of force while on duty and found that those who dehumanized blacks were more likely to have used force against a black child in custody than officers who did not dehumanize blacks.

The study described use of force as takedown or wrist lock; kicking or punching; striking with a blunt object; using a police dog, restraints or hobbling; or using tear gas, electric shock or killing. Only dehumanization and not police officers’ prejudice against blacks — conscious or not — was linked to violent encounters with black children in custody, according to the study.

“We found evidence that overestimating age and culpability based on racial differences was linked to dehumanizing stereotypes, but future research should try to clarify the relationship between dehumanization and racial disparities in police use of force,” Professor Goff said.

The study also involved 264, mostly white, female undergraduate students from large public U.S. universities. In one experiment, students rated the innocence of people ranging from infants to 25-year-olds who were black, white or an unidentified race. The students judged children up to 9 years old as equally innocent regardless of race, but considered black children significantly less innocent than other children in every age group beginning at age 10, the researchers found.

The students were also shown photographs alongside descriptions of various crimes and asked to assess the age and innocence of white, black or Latino boys ages 10 to 17. The students overestimated the age of blacks by an average of 4.5 years and found them more culpable than whites or Latinos, particularly when the boys were matched with serious crimes, the study found. Researchers used questionnaires to assess the participants’ prejudice and dehumanization of blacks. They found that participants who implicitly associated blacks with apes thought the black children were older and less innocent.

In another experiment, students first viewed either a photo of an ape or a large cat and then rated black and white youngsters in terms of perceived innocence and need for protection as children. Those who looked at the ape photo gave black children lower ratings and estimated that black children were significantly older than their actual ages, particularly if the child had been accused of a felony rather than a misdemeanor.

“The evidence shows that perceptions of the essential nature of children can be affected by race, and for black children, this can mean they lose the protection afforded by assumed childhood innocence well before they become adults,” said co-author Matthew Jackson, PhD, also of UCLA. “With the average age overestimation for black boys exceeding four-and-a-half years, in some cases, black children may be viewed as adults when they are just 13 years old.”

Share:
Tags:Implicit BiasJeff AdachiPoliceRacismTrayvon Martin
Previous : Sunday Commentary: Reversing Myself on Sales Tax Measure
Next : The Electric Grid and the Requirements to Manage It Are Changing