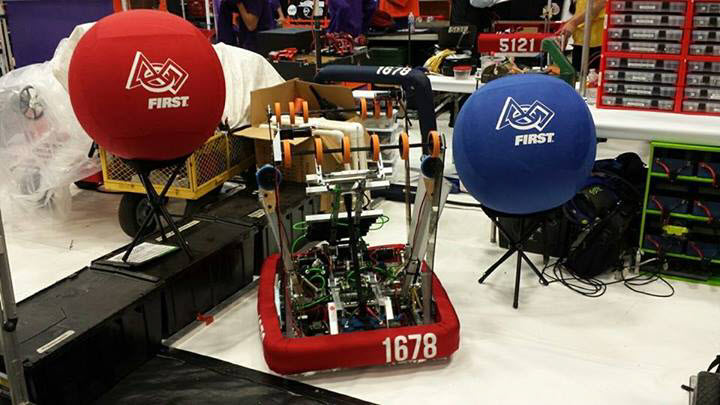 UC Davis will host fifty-three high school robotics teams from around the state as they compete in alliances of three robots to pass a yoga ball, toss and catch over a six-foot truss and shoot into a seven-foot goal March 13-15. The winning alliance advances to the World Championships in St. Louis in April.  This event is the culmination of an intense six week build season to meet a brand new challenge issued each year.

Team 1678 Citrus Circuits from Davis high schools and junior highs won the Inland Empire Regional last weekend, and made the Einstein Field World Championship Final Four last year after winning the Curie Division title in St. Louis. The team has the highest score in the world in the first week of the competition season with 261 points. Other competitive teams include Team 971 Spartan Robotics from Mountain View who were 2009 World Champions, and Team 1671 Buchanan Birdbrains from Clovis who made the finals in last week’s Central Valley Regional in Madera. Teams 2489, 701 and 3189 were the winning alliance at last year’s Sacramento Regional. Team 701 Robovikes hail from Vanden High in Fairfield.

Entry is free for spectators.  Expect lots of noise and the energy of 2,000 high school students competing in this “sport for the mind.” Competition runs Friday 9 to 6, Saturday 9 to 5 at the Pavilion at the ARC. Practice sessions run all day on Thursday, along with tours of the pit area. Viewers wanting to see the most exciting part of the competition should attend the elimination matches on Saturday between 1 and 5.

UCD is a major sponsor of the event and Team 1678. Citrus Circuits has received over $36,000 in support this year from the Chancellor and nine colleges and schools at UCD. Chancellor Linda Katehi will be speaking to the students on Saturday regarding the importance of STEM education.

UC Davis will host a COLLEGE DAY during the Sacramento Regional to encourage FIRST students to attend UC colleges and further their learning. There will be up to 20 different UC Davis schools, departments, and colleges providing information at the Pavilion. UCD will be giving tours Thursday, March 13th, from 1-4 pm.  UC Davis will also be handing out flash drives to participants. 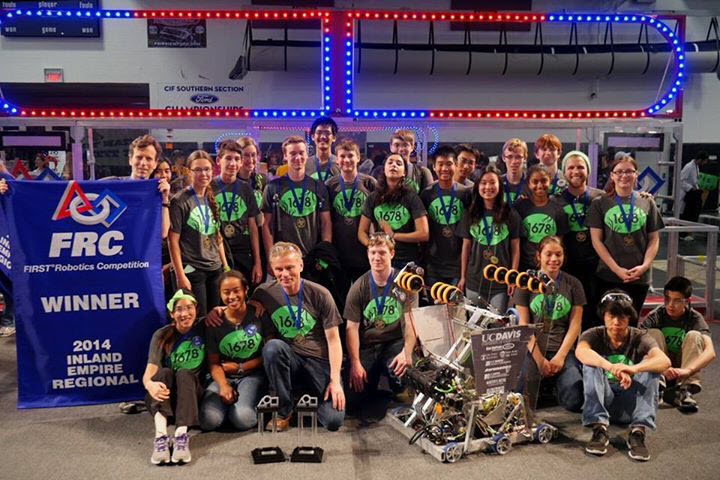 Citrus Circuits will be providing the worldwide live webcast.  Usually FIRST provides this service, but Team 1678 demonstrated its innovative approach at Inland Empire, and California FIRST ask the team to do this again.  See the livestream at: www.citruscircuits.org/live

Information about Citrus Circuits can be found on the web and Facebook: www.citruscircuits.org