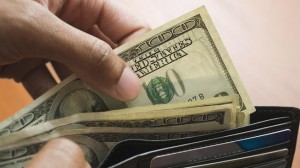 This is a core question that Rich Rifkin poses today in his biweekly Davis Enterprise column and while Mr. Rifkin deserves a lot of credit for helping to educate the public on city budgetary problems, at times being the only voice on the Enterprise to sound the alarm, we do not entirely see eye to eye here.

He writes, “Before you vote, yes or no, on the City Council’s proposal to increase the sales tax in Davis another half-cent — from 8 percent to 8.5 percent — you should know where your money is going.

“The city figures the larger levy will generate $3.61 million per year. Most of that will go to higher compensation for its current employees and to cover unfunded expenses for retirees.”

Of the costs that are within the control of the city at this time, $1.06 million will go to personnel-related increases.  However, only $360,000 will go to higher compensation to employees, which is a 2% COLA (Cost-of-Living Adjustment) that the city gave to offset some employees for taking hits on pensions and medical insurance.

$447,000 of that comes from the losses the city received due to the fact that DCEA (Davis City Employees Association) and Fire Fighters held out for contracts, and $250,000 came from the removal of budget savings that came when the city filled two vacant police positions.

The other $1.24 million is outside of the city’s control for the most part.  Over half a million came from increased costs to retiree medical and medical insurance.  Another $437,000 came from increased PERS (Public Employees’ Retirement System) costs, which were actually mitigated somewhat by the city having employee groups take up more of their own share.  And $305,000 came from leave benefit funding.

None of that was in the city’s immediate control, so while Mr. Rifkin writes that the hole the city is in is due to higher compensation for its current employees, really only $360,000 of that is the case and that was again used to offset other cuts.

Mr. Rifkin writes, “The tax increase is first needed to pay for fatter salaries given away by the current City Council.”  That is a small amount of the costs (about a tenth of the tax revenue), but Mr. Rifkin does not attempt to estimate exactly how much the city saved in the exchange.  The city calculated it saved about $5.8 million during the course of the new contracts over what they would have spent; if that is true, $360,000 is largely chump change.

Mr. Rifkin continues, “The increase will help the city afford Cadillac medical plans given to employees and their families.”

As our analysis of school health insurance shows, I do not know if we can call the city’s health plan a Cadillac medical plan.  A full-time city employee’s medical insurance is around $1920 per month versus about $1600 for a teacher’s.  The main difference is that, while the city picks up much of that tab for its employees, teachers are only covered up at $952 per month by the school district.

The city might have been able to have negotiated more of that pay to come from the employee, but the problem is that the 2009 MOUs were so modest in scope, the city had to push on employee groups to take up more of the cafeteria cash outs, pensions, and retiree health.

As it was, the city had two groups hold out and had to impose last, best, and final offer.  Had the city tried to exact much more from employee groups this time around, we might have had them all hold out, which would have been politically untenable.

From our perspective, the city did what it could in this round of negotiations, and the fault lies not with the 2013 MOUs, but with the 2009 round that did not go nearly far enough.

“The increase also will cover the growing costs of pensions, including the underfunded amounts going to those who’ve already retired.”

This is true.  And while factually correct, it ignores the fact that most of these are out of the hands of the five individuals currently on council who are not responsible for past mistakes.

Mr. Rifkin continues, “The salary hikes built into the current labor deals are small compared with the big increases Davis gave its employees from 2000 to 2010. The firefighters, for example, got a 36 percent pay hike from 2005 to 2009. That was only four years after a massive salary jump and the giveaway of a new, unaffordable pension plan worth millions of dollars more for every public safety employee.”

He continues, “Yet small as they were, the recent raises were irresponsible and unnecessary. Davis did not have the money for them, no other cities were bidding away our workforce and the salary spikes have made the fiscal crisis of the city even worse.”

But Mr. Rifkin makes a tremendous calculation error here.  The city paid about $360,000 back to employees in salary increases in exchange for concessions on other issues.  Perhaps he is right, the city could have gotten more, but let us say that the $360,000 was the difference between two groups going to impasse and seven groups going to impasse.

We know that just two groups going to impasse cost the city about $11,000 a month in costs, and perhaps that is a low number.  Over the year it took for the first five groups to agree to terms, and terms being imposed on DCEA and Fire, that’s well over $1 million in costs. Let us conservatively suggest that five additional groups going to impasse would cost the city about $1.5 to $2 million in total costs.

Even $1.5 million in total costs is more than $360,000 a year over three years.   So by getting the groups to agree a contract rather than going to impasse, the city actually came out ahead.

It is these types of tradeoffs that the city has to factor in, that Mr. Rifkin did not in his otherwise sound analysis of the situation.

Mr. Rifkin then writes, “A bigger hit to the city than increased salaries is the growing expense for retiree medical benefits (known as OPEB). Before the 2009-10 fiscal year, the city never funded this expense.”

He continues, “Now, once a person retires from the city of Davis, the city will write a check each month to CalPERS to cover whatever it costs for medical insurance for the retiree, his spouse and his child. If he lives deep into old age, taxpayers in Davis will be on the hook for decades.”

He adds, “For the past five years, Davis has been pre-funding its OPEB expense for future retirees. This fiscal year, the funded amount will be $3.74 million. The city owes $2. 22 million for the OPEB of its current retirees. Our full bill for 2013-14 is $5.97 million.”

So for some time, the city has been working to deal with its $60 million unfunded liability on retiree health care benefits, after new accounting practices under GASB 45 (Governmental Accounting Standards Board Statement 45) showed that the city’s liability, by simply paying for the benefits as the bills come due, would push the city heavily toward bankruptcy by 2030.

Instead, the city has been trying to pay its way into fully funding the liability in advance, which for some time we have known will save the city literally tens of millions of dollars by the time we hit 2030.

In 2012, the city was concerned that OPEB costs would soar to perhaps as high as 24 percent of the current payroll.

“Unfortunately, 20% of payroll is probably not going to cut it in the future,” City Manager Steve Pinkerton said in January 2012.  “We’ve been ramping this up, the council has been responsible and doing the right thing for the last three or four years by beginning to take on retiree medical, ramping it up each year from 6% to 8% to 10%, last year it was 12% of payroll, the original plan was to go 14%…”

“We’re recommending based on some input we got earlier this year to go all the way up to 20%,” he continued.  “The reality is that you’re probably going to see a discussion soon where we’re going to have to ramp it up eventually to closer to 23-24 percent.”

However, the agreements signed and imposed by the city have allowed the city to reduce costs on retiree health to 17% of payroll – perfect solution?  No.  But the council over the last two rounds of MOUs has increasingly shifted burdens from the taxpayers to employees.

Mr. Rifkin then argues, “The great crisis in pension costs is ahead of us. Employer rates  in 2020 will be double what they are today. If nothing changes, the residents of Davis will pay $13.2 million per year to let city employees retire young and flush with cash.”

Davis has actually done a good job of thinking ahead.

In January Mayor Joe Krovoza noted that the city budgets are already taking into account expected hits from the state on increased costs for PERS, finally directing employee shares to be picked up by the employees rather than covered by the city, as it has done for the last decade or so.

Last spring, City Manager Steve Pinkerton noted, “I think there have to be some changes in PERS, I don’t think it’s sustainable. There has to be some point in time where they’re going to have to start looking at changing the system, even for existing employees.”

At the same time, the city is limited in what it can do.

Mr. Rifkin takes on a more moderate tone in his conclusion.

He writes, “I am not ready yet to endorse a yes or a no vote on the sales tax increase. I am aware that, if it is voted down, services in Davis (including police, fire and parks) will be severely cut back. Our town will be a less pleasant place to live.”

He adds, “What I would like, if they want a yes vote, is for the people on the Davis City Council to explain two things: Tell us what mistakes they and past councils made that got us in this predicament, and what exactly they will do to fix the problem they have identified.

“If they don’t understand what they did to put us in this crisis and they don’t know how to prevent it from recurring or getting worse, why should we trust them with even more tax money?”

Here we fully agree – there needs to be a time of reckoning for past mistakes and assurances into the future.  However, we believe that the current council has done much to earn voter’s trust back with regard to finances and that we should trust them with our money right now.  Whether that holds into the future is a bigger question.

Share:
Tags:BudgetCity CouncilCity of DavisOPEBPensionsPERSSales TaxUnfunded Liability
Previous : Improvements to Richards Underpass from Olive Drive to First Street
Next : Analysis: Meaningful Shift Away From Partisanship on Council or a Momentary Blip?

133 thoughts on “Vanguard Analysis: Should Voters Trust the Council with More Money?”