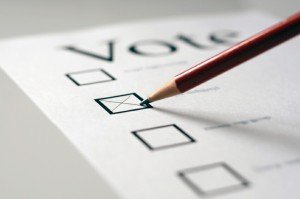 California is finally moving forward. Where once our state was mired in debt and legislative gridlock, we now have a balanced budget with projected surpluses for years to come. On issues from public schools, to health care, to public safety, to infrastructure, Democrats are leading a resurgence in the fortunes of our state, and in the success and welfare of our Yolo County communities.

These candidates have shown they will continue to help California to move forward. We believe Yolo County can count on these strong leaders to represent our local communities, families and regional interests, and uphold the standards of equality, fairness, inclusiveness and compassion that are at the core of the California Democratic Party platform and principles.

YCDP Endorsed Candidates for the Election to Be Held June 3, 2014:

• Chris Parker, running for State Board of Equalization, District 1

• Fiona Ma, running for State Board of Equalization, District 2 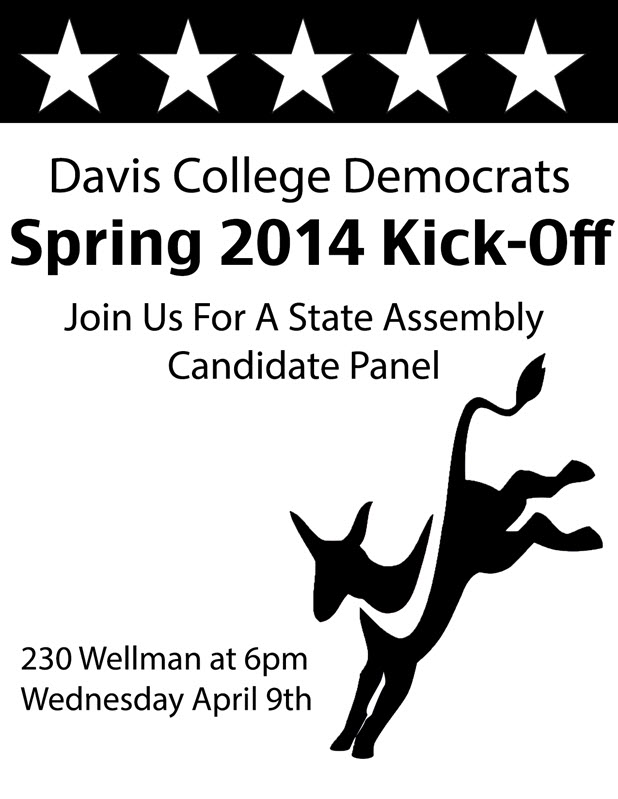 Davis College Democrats host an Assembly race panel with the Democratic candidates for California’s 4th State Assembly District – This coming Wednesday, Davis College Democrats kick off their spring quarter by hosting an Assembly race panel, composed of the candidates running for California’s 4th State Assembly District. The candidates in attendance will be Member of the Napa County Board of Supervisors – Bill Dodd, Davis Mayor Pro Tem – Dan Wolk, and Davis Mayor – Joe Krovoza. Each candidate will be answering constituent questions and discussing various issues in the Davis community.

The Assembly candidate panel will take place at 6pm, on Wednesday, April 9. The panel will be held on the UC Davis Campus, in Wellman Hall, Room 230.

About Davis College Democrats: The Davis College Democrats aim to educate the voting population, promote youth participation, foster student leadership, and work towards the betterment of our society. As the official wing of the Democratic Party to students at UC Davis, we work to promote Democratic ideals and candidates. For more information, visit our Facebook page https://www.facebook.com/daviscollegedemocrats

The Beronio for Judge Committee today announced that every retired Yolo Judge has endorsed her for election to the Yolo Superior Court.  Endorsing the election of Beronio are:

“To have the nine living retired Judges of the Yolo Court system all independently agree to endorse one candidate for election to the Yolo Superior Court is an amazing and historic first in this County,” said Yolo Superior Court Judge Dave Rosenberg, who is serving as a Senior Adviser to the Beronio campaign.  “This has never occurred in anyone’s memory.”

“These retired Judges have, collectively, close to 200 years of judicial experience.  They certainly know what it takes to be a good Judge.  I am deeply gratified and humbled to have their endorsements,” said Commissioner Beronio.

In addition to the endorsements by all retired Judges of this County, Commissioner Beronio has been endorsed by all 10 of the active Yolo Superior Court Judges.

More information on endorsements, and the Beronio campaign can be obtained at www.janeneforjudge.com. 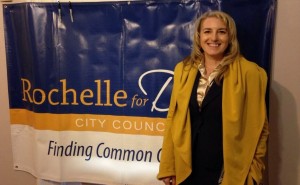 “A woman’s Place is in the House…the Senate… and the Davis City Council!” Fundraiser Event

Join Rochelle Swanson at a fundraiser supporting women in local politics in the home of Senator Lois Wolk and Bruce Wolk this Thursday, April 10th from 5:30pm to 7:00pm at 1209 Colby Drive in Davis. School Board Member Sheila Allen will also be a featured candidate at the event.

Please RSVP to ruthasmundson@gmail.com so we know that Rochelle can count on your support at the event! If can’t attend, please visit www.rochellefordavis.org for future events and how to help Rochelle’s re-election for Davis City Council.