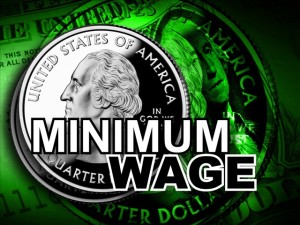 Today, here in Davis, a group of people are attempting to gather enough signatures for a ballot measure to raise the local minimum wage to $15 per hour.  Is this a good idea?  Are minimum wage hikes a good idea in general?

National minimum wage rates were initially established as part of the National Fair Labor Standards Act of 1938.  At that time the federal government set a minimum rate of 25-cents per hour.  Fast-forward to April of 1990 when the rate was raised to $3.80 per hour.   Then in July of 2009 the rate was set to $7.25 per hour where it stands today.  Note that California’s minimum wage is currently $9.00 per hour, and will increase to $10.00 per hour on January 1, 2016.

Supporters of minimum wage hikes are obviously good-intentioned.   They are driven by a social justice agenda to make life better for people in low economic circumstances.  In their drive to accomplish their goals, they deny the existence of negative consequences.   They point to specific economic studies and statistics that show little to no correlation with the government’s published unemployment rate.   But these studies and statistics ignore other troubling data and are very misleading.

Note that the following comes from the Federal Bureau of Labor Statistics.

During the 1990s the US experienced unprecedented economic growth as a result of the explosive expansion of computer industry, and related tech stocks.  As a result of this economic expansion, during the 90s the Employment-to-Population (EP) ratio grew from 63.2 to 64.6.  Then the tech-stock bubble burst and then 9-11 happened, and we hit a recession in 2001.   Since the beginning of that recession until today, the EP ratio has steadily fallen to its current rate of 58.8. 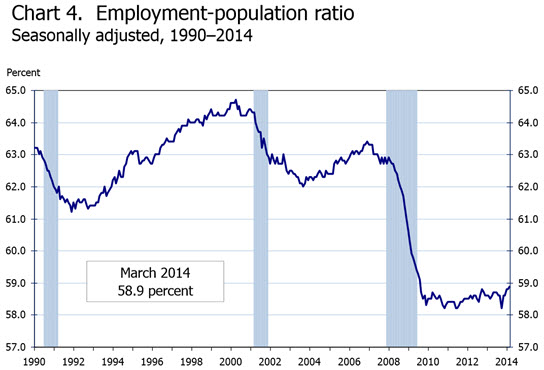 Some make the case that our aging population is responsible for the decline in the percentage of people working.  However, that theory is debunked by the fact that our civilian labor force increased from about 126 million in 1990 to 156 million today. 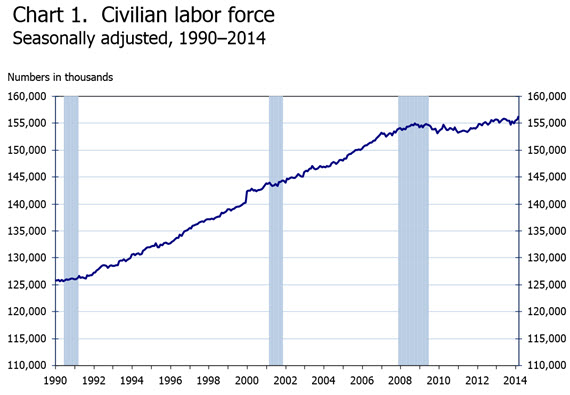 For every worker retiring the US produced more than one new person needing a job.  It is clear that we have not created enough jobs.

Something else happened over this 24-year period.  We saw an increase in the number of part-time workers as a percentage of all workers.   It increased 11.8% (from 17% to 19%). 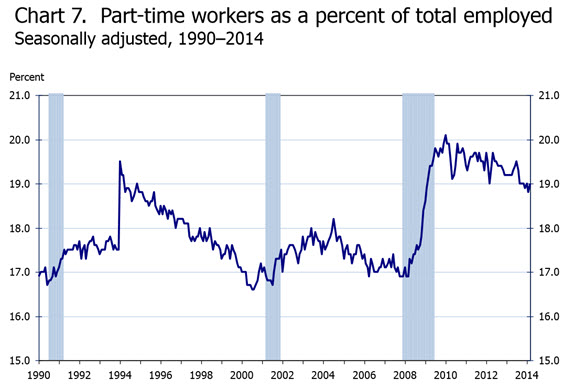 In addition, we saw a drastic increase in the number of chronically unemployed people.  That rate went from under 10% of the total unemployed in 1990 to a staggering 36% today. 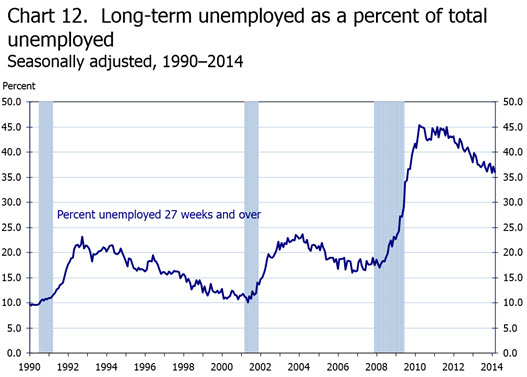 This means 36 out of 100 unemployed people have been unable to find a job in 27 weeks or more.

But, in my opinion, the statistic on our teenage workforce is the most troubling.   In 1990 15% of teenagers that wanted to work could not find a job.    Today that number is 20%. 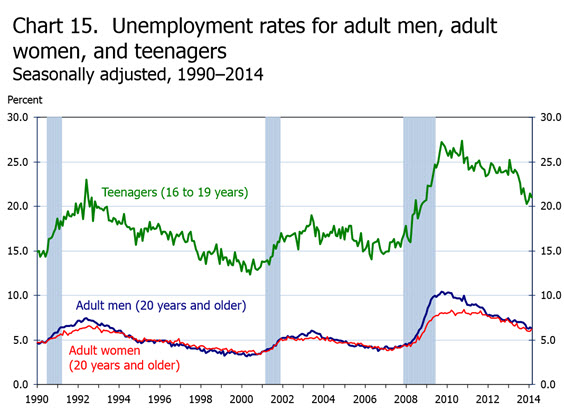 Note that in many urban areas the numbers are as high as 50%.    How can a person launch an economically self-sufficient life if he/she cannot even find an entry-level job?

What has happened during the period of these troubling statistics?

One thing that has happened is that the minimum wage has been significantly hiked at the same time that global economic expansion accelerated, partially due to technological innovation and a move to a more information-based economy, and US labor rates started to level with a global labor market.

Every business has a break-even point and a bottom line.  For most businesses labor is the by far the greatest expense.   If you increase the cost of labor by raising the rate paid for labor, something has to change.  That something can be price increases that contribute to inflation.  There are people that support paying more for our products and services so that employees would be paid a higher wage.  However, in our current more competitive global markets there is limited price elasticity.  For example, if the local Target has to increase wages and charges higher prices, well then Amazon.com starts to look like the better place to shop.

Any sudden increase in labor costs cause businesses on the margins to fail.  Also, higher labor costs will cause a greater number of potential and prospective business plans to not pencil out.  This then means less business expansion and few business starts.  For example, if Davis raises its minimum wage to $15 per hour there will be fewer businesses able to start or expand precisely because they cannot demonstrate enough forecasted profit to allow them to attract or qualify for investment funds.  With less business expansions and few business starts, there are fewer jobs… especially entry-level jobs.

In addition to a reduction in the number and growth of entry-level jobs, minimum-wage hikes also make those remaining jobs exceedingly difficult to acquire for the very people that need them the most.

Hiring managers expect more from higher wage employees.  When the pay rate increases, managers are attracted to the candidates with more experience thereby knocking out the entry level rungs of the grow-prosperity ladder.  Soon those job seekers lacking experience are locked out of the job market because the government forced business to pay more for labor, and business expects more experienced workers in return.

A minimum wage hike is really just another tax… an ineffective tax at that.    It will appease short-term social justice goals but result in a constant depletion of opportunity for our young people and other people needing a hand up.  It might make our hearts feel better for a time, but it is completely wrong-headed.

So, if raising the minimum wage is not the solution for helping low wage-earners live a better life, then what is?

As often repeated: “it is the economy stupid.”

We need a growing economy that generates plentiful job opportunities, and education that focuses on increasing job-skills for areas where companies are hiring.

Personally, what I would like to see is a lower minimum wage combined with some incentive for companies to implement a progressive wage-grade program that offers wage advancement commensurate with demonstrated skills development.   Most good companies already do this.  And some already pay more than the minimum wage for entry-level jobs in addition to having a progressive wage-grade program.

But just forcing a minimum wage hike on all businesses is a harmful idea.  It may be good-intentioned and the current political buzz; but, at least over the last couple of decades, it is clear that minimum wage hikes have hurt the very people they intended to help.