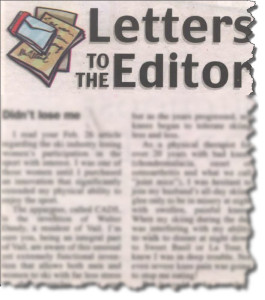 I happened to glance at a letter to the editor this morning that says the “city needs to set priorities.”

The letter is short and to the point: “If the city cannot fix potholes in the sun between 8 a.m. and 4 p.m., I’d be hard-pressed to believe it can repair a blown-out transformer at 3 a.m. in the driving rain. Put the money for the study into pothole repair and let the people who know how maintain and repair the gas/electrical infrastructure.”

The letter is very simple.  There are some truths in it, but there are a lot of misconceptions.  By reading letters like these, the city can help focus its messaging that it is going to need going forward, not just on a publicly-owned utility, but on the issue of the road repair.

The first point that needs to be addressed is the issue of potholes.  First, the problem is not that the city cannot fix potholes from a technical perspective.  The city contracts out road repairs, for the most part.  For instance, to deal with potholes, at one point the city had contracted out to International Surfacing Systems (ISS) and attempted to inexpensively use things like chip seal to plug up holes.

The problem right now is not a technical problem, it is a fiscal problem.  The city lacks the funding right now to do broad-based road repair.  They may attempt short-term solutions that could backfire like the 2011 chip seal fiasco, but on a broad level, as we have discussed this week, the city needs an influx of $25 million or more to start upgrading its roads.

Eventually, the city is going to have to pass a parcel tax to do so.  That funding is needed because the city has underfunded road repairs for most of the last decade and a half.

The comments by that letter writer indicate that the city has not been able to convey this message to the public effectively over the last several months.

To reiterate, the writer continues by arguing that if the city cannot fix potholes, “I’d be hard-pressed to believe it can repair a blown-out transformer at 3 a.m. in the driving rain.”

There are two problems drawing the connection here.  First, the writer mistakenly believes that the issues involving the lack of city funding on potholes would carry over to electricity.  Second, the city has allowed the belief that the city’s current employees would run the POU.

This is another failure of messaging.  We do not have a clear sense for how a POU would be run.  The presumption would be that the city would contract out the power system to a company.  Much as the city is going to rely on a private company to run its water supply project, the city would hire SMUD or some comparable group to run its power system.

However, the city’s failure to explain that, or lay out any sort of even a preliminary plan, feeds right into the letters writer’s belief that a POU means that the city’s public works employees would run the electrical grid and be responsible for fixing a blown-out transformer during inclement weather.

There are a number of challenges that a POU would face, however – unlike roads, there is a built in funding source for power, as it is based on ratepayer fees.  As such, a POU would never run out of money like the city’s road repair system.

The letter writer, as stated above, then concludes, “Put the money for the study into pothole repair and let the people who know how maintain and repair the gas/electrical infrastructure.”

It makes for pithy letter, but again, it is completely wrong in terms of diagnosing the problem.  The problem that the city has is not technical expertise on pothole repair.  It is lack of funding.

Second, again, the idea that city employees are going to run the electrical and gas system is wrong.

However, what is clear here is that the city has not properly and adequately explained either to the public.  And that is a messaging issue.

Unfortunately, we are now two months away from the sales tax election.  However, the bigger issues involving the parcel tax and the POU are further down the line.

The first thing that the city needs to figure out – and relatively quickly – is how to educate the public about the problems that the city faces with the roads, how the funding mechanism needs to work and why the public needs to pass the parcel tax.

As we noted last week, it is not clear that the public will support a $150 per year parcel tax.  That should concern the city.  We clearly need to adopt a strategy to explain the problems, how much the problems will increase if we delay even a year or two, and how much it costs to fix the problems.

At the same time, we are in a city crisis.  We have a city manager who will be leaving in a few weeks, we have an interim who has not been formally announced who will be brought in to run the city, and we are facing between one and three new councilmembers between now and January 1, 2015.

While we can respect current city manager Steve Pinkerton’s decision to take his apparent dream-job in Incline Village, from a city perspective, it is hard to picture a worse timing.

Based on these calculations, many have called for a pause on the POU.  The problem is that timing is of the essence, and the city stands to save a tremendous amount of money on its electricity bill at a time when it needs it the most.

But as letters like this show that the city has done a very poor job of explaining all of this to the public.

77 thoughts on “Commentary: City Should Read Letters Like These…”