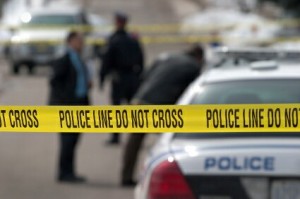 Last night at the Davis Human Relations Commission meeting, students expanded on a police incident that occurred Thursday, March 6 between 7:15 p.m. and 9:00 p.m. on Orchard Park Road involving a Hispanic student and a Muslim student. The incident appeared in the Aggie on March 13 in the form of an anonymously written column.

As reported in the Aggie, “I heard shouting outside on the street. I went outside and saw two police cars and a police bicycle; five cops total. A Hispanic male student (whom we shall refer to as ‘C’) was being held in front of the nearest car with two police officers trying to question him. He was not cooperating and was shouting that his rights were being violated. He was demanding to speak to a lawyer, shouting for help.”

The anonymous writer added, “I later found out that he and his companion had been stopped because they were smoking Swisher Sweets, and Officer (Solis Ryan) Terry allegedly smelled marijuana. Though even after a thorough search of both victims and the premises, it was not evident that any was actually found.”

According to Jeffrey Mendelman, who spoke before the Human Relations Commission last night, both students denied smoking marijuana, but “that wasn’t enough for Officer Terry, he got in the students’ faces and his vocal tone became threatening.” When C complained that his rights were being violated, that only got Officer Terry more angry, Mr. Mendelman stated.

“Officer Terry called for backup, then he knocked the possessions out of C’s hand and truck him to the ground. C cried out for help. P tried to videotape it with his phone and Terry knocked the phone out of his hand,” Mr. Mendelman explained.

He explained that when the backup arrived, they parked down the street, resulting in the camera’s failing to capture what happened.

Mr. Mendelman explained at this point C was bloodied, kneed in the back and Tasered. He said he was searched without his consent.

“The other officers put C’s companion, an African Muslim student (whom we shall refer to as ‘P’), in the back of the second squad car and came over to help search C. They forced him onto the ground with his hands cuffed behind his back. He was shouting in pain, and they tasered him,” the student writes. “He had five officers on top of him as they tried to remove his backpack, go through his pockets, and take his shoes. When he got up there was blood on the sidewalk from the police beating him to submission. They put him in the squad car, and waited until the fire department and an ambulance arrived.”

“Another passerby saw the incident and asked what was going on. He tried to talk to P but one of the cops said “It’s against the law to talk to prisoners,” and told him to leave. This is a lie and an abuse of police power to intimidate the public,” the student continues. “A medical examination was performed on C. The paramedics gave him a neck brace and put him on a stretcher; they moved him to the ambulance and drove away escorted by the first police car. The paramedics also wiped up the blood from the sidewalk. The second car stayed behind and the officers searched the area.”

Jeffrey Mendelman explained that while in the squad car one officer held C’s hands behind his back while another Officer interrogated him about drug use. He said, “C invoked his right to have a lawyer present” but was told to worry about that later and the police continued to question him.

The student writes, “While P was in the car, I heard the bike cop S. R. Terry make several racial slurs including “He’s shouting jihad” (in reference to P speaking in Arabic). Eventually they let P out of the squad car and had him sign a citation for marijuana possession, even though he had none.”

“Two police officers approached me separately to ask if I had witnessed anything; I refused to speak to them,” the student continues. “The second car and the bike cop left with no sign of the injustice that had been committed except a small drop of blood that the paramedics missed.”

The student concludes, “With the law on their side, it seems like the police are entitled to do whatever they want. I feel powerless, I’m scared, and I don’t feel safe around the people who are supposedly here to protect and serve.”

Jeffrey Mendelman told the HRC he was personally an eyewitness to the second half of the scene and saw four violations of the law by the police: including police failing to cease questioning after dispelling reasonable suspicion that crime was afoot.

He also alleges he failed to give a Miranda warning “despite the fact he was in custody and interrogated.”

He writes in his complaint, “Miranda warnings must be given any time an accused is in custodial interrogation. Custody means under arrest or under arrest-like authority. Interrogation means asking questions or making statements that reasonably provoke answers. (Defendant) was at least under arrest type authority because he was placed in a police car with the door shut and hand-cuffed while inside.”

He adds, “Officer SR Terry asked him questions, such as “What is your name?” When (defendant) did not answer adequately, Officer SR Terry shouted, “WHAT IS YOUR NAME?” while just inches from (defendant)’s face. He also asked him “Are you crazy?” (Defendant) was never advised of his Miranda warnings because I asked him such after his release.”

He further complained that an unknown officer continued to interrogate C after he “invoked his 5th amendment right to counsel).”

In his complaint he writes, “When an accused invokes his 5th amendment right to counsel under Miranda, interrogation must cease until counsel is present. The accused must unambiguously invoke his right to counsel. Here, C said “I need to call my lawyer.” At this time, he was surrounded by at least 3 officers and 4 firemen. He was visibly distraught and upset. Instead of ceasing questioning, as John Doe 3 should have done, he said “We’ll figure everything out. We’re just here to make sure everything is okay.”

He continues, “Under the totality of the circumstances, having just been beaten and tasered by the police, having his arms held behind his back while being interrogated and his wounds forcibly cleaned, it is unreasonable for the police, who created the situation in the first place, to simply reply that they were here to ‘make sure everything is okay.’ Officer John Doe 3 violated C’s constitutional rights by continuing questioning after such an unambiguous and clear invocation of his 5th amendment right to counsel.”

Mr. Mendelman concludes, “Aside from the many legal violations listed above, I am appalled at the behavior of the UC Davis police, especially Officers SR Terry and John Doe 1. When a biker approached Pablo A. prior to his placement in the police car, John Doe 1 yelled, ‘Stop talking to him! It is against the law to speak to a prisoner.’ Calling someone a ‘prisoner’ before any due process or incarceration is not only factually inaccurate, it is also degrading. “

He added, “I expect UC Davis police to exhibit respect for human dignity despite performing a demanding and tough job.”

Rahim Reed, Associate Executive Vice Chancellor, Office of Campus Community Relations wrote, “The university has received complaints related to this incident. These will be thoroughly and independently investigated by the Office of Compliance and Policy, which is independent from the Police Department.”

He added, “Of necessity, much of this process is confidential, but the named complainants have been informed that their complaints will be investigated and when it is complete, they will be notified of whether or not their complaint was sustained. The independent investigator will prepare a report for the Chief of Police. Under California law, only a Police Chief can determine and impose discipline.”

The Human Relations Commission voted last night to forward the matter to the Davis City Council.

*full disclosure: Nathan Ellstrand and myself are co-chairs of the Davis Human Relations Commission and have agreed to draft a resolution that will go to council on this matter.