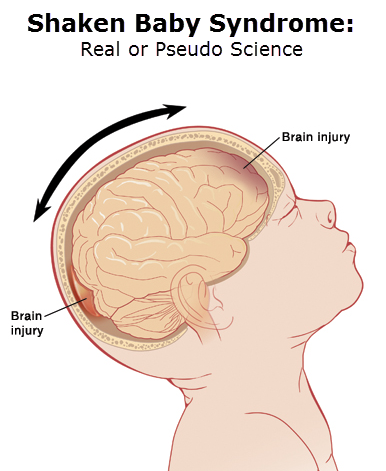 In the tragic death of one of two infant twins, the father, Quentin Stone, is accused of shaking the two-month-old to death. Mr. Stone is charged with felony and misdemeanor child endangerment in connection with the death on September 5, 2012.

The jury will have a lot to sort through, and as the Vanguard reported, Deputy Public Defender Monica Brushia raised serious questions on Thursday when Kaiser’s Dr. Erickson testified that, after examining the infant, he felt the baby appeared normal. He stated, “He was a white, healthy, happy baby boy with no outward injuries, no bruised, swelling or dilated pupils.”

But he acknowledged that, at the same time, he never thought it was necessary to order a CAT scan, despite knowledge that the baby had fallen three feet.

Meanwhile, on Friday the baby’s doctor testified that she assured the parents that the baby’s symptoms were the result of acid reflux rather than serious trauma from a fall from a three-foot-high bed.

At the center of this case is the issue of “shaken baby syndrome.” Increasingly, many believe that SBS is flawed science, much like the debunked notion of bullet lead analysis, which has turned accidental or even natural deaths into murder convictions.

Radley Balko in a February 21, 2014, article writes, “For years, expert witnesses told jurors that if a deceased infant has a series of symptoms—bleeding at the back of the eye, bleeding in the protective area of the brain and brain swelling—then the child died from vigorous shaking. Typically, they’d state that the victim couldn’t have died from anything else.”

The parent or caretaker, frustrated or exasperated by the infant, shakes the child which causes the symptoms and leads to brain damage or death.

Mr. Balko notes, “Conveniently, the diagnosis provided the cause and manner of death (shaking), identified the killer (the last person alone with the child), and even gave prosecutors mens rea (anger).”

However, skeptics have begun to question and puncture this kind of diagnosis.

Writes Mr. Balko, “New research suggests that most humans aren’t capable of shaking an infant hard enough to produce the symptoms in SBS. It usually takes an accompanying blow to the head. And in about half to two-thirds of the 200 or so SBS cases prosecuted each year in the U.S., there are no outward signs of physical injury.”

He continues, “Indeed, this is the reason SBS is such a convenient diagnosis. It allows prosecutors to charge a suspected abuser despite no outward signs of abuse. But we now know that other causes can produce these symptoms, which means that some percentage of the people convicted in SBS cases are going to prison for murders that may have never happened.”

Radley Balko cites the case of Jennifer Del Prete who has been in prison for more than a decade for the murder of a 14-moth-old baby. She was convicted “of first-degree murder after the jurors* in her Illinois trial heard testimony about ‘shaken baby syndrome,’ or SBS.”

In January, “U.S. District Judge Matthew Kennelly ruled that the SBS evidence presented in Del Prete’s case wasn’t scientifically sound, and had jurors heard the evidence against the diagnosis, they would not have convicted her.”

However, that may not be enough for Ms. Del Prete and those like her in the criminal justice system.

Mr. Balko writes, “While the criminal justice system was quick to let in forensic evidence that convicted her, once convicted, the system puts a premium on finality. In order to get a new trial in a case like this, someone like Del Prete must show not only that she was convicted based on faulty scientific evidence, she must also show that she could not have known at the time of her trial that the evidence was flawed. For Del Prete, that will be difficult. She was convicted in 2003, well after doubts began to emerge about SBS.”

The Chicago Tribune on January 28 reported that the 97-page ruling by the judge, “laid out how the state’s own witnesses contradicted the key theory presented to jurors at trial — that Isabella died of acute trauma that could have been inflicted only when she was in Del Prete’s care. In light of that fact, (Judge) Kennelly asked whether any reasonable juror would have convicted her beyond a reasonable doubt of first-degree murder.”

“The answer to that question is a rather resounding no,” the judge wrote.

The paper notes, “Patrick Blegen, her lead attorney, said her legal team must now proceed on separate claims that her trial lawyer erred by failing to challenge the science behind shaken baby syndrome and presenting an inadequate expert to testify about the child’s injuries.”

“We are pleased with the judge’s ruling, but we know we still have some work to do,” Mr. Blegen told the paper.

SBS has been used, Professor Tuerkheimer writes, to establish “each element of the crime charged: that the act of shaking caused the infant’s injury or death; that the shaking was sufficiently violent to evince the mental state required for guilt; and that the person who shook the baby was the defendant.” SBS comes “as close as one could imagine to a medical diagnosis of murder.”

She writes about the 2008 successful appeal of a different defendant, Audrey Edmunds, “The criminal justice implications were staggering. The mainstream medical rethinking recognized by the court could not undermine this one conviction without undermining the convictions of others whose cases also depended on the triad.”

She wrote that her expectation was that this overturning of the conviction in the Edmunds case would trigger “a massive institutional effort to correct error.”  Instead, she encountered “a system not only poorly equipped to vet medical testimony but also averse to changing course.”

“Throughout the process—from prosecutorial decisions, to evidentiary rulings, to judicial review—we see a drive to push forward rather than revisit. A diagnosis of SBS sets in motion systemic confirmation, first in the clinical realm, and then the legal. The course of injustice is almost immovable,” she writes.

Early in April, the Seattle Met wrote a feature story, “The Trouble with Shaken Baby Syndrome,” writing, “After three decades and thousands of accusations and fractured lives, medical and legal experts are challenging shaken baby syndrome as a diagnosis. And as one family’s saga demonstrates, we can’t wait any longer to get it right.”

The magazine writes, “A number of reexamined cases in recent years—aided by new technology and debate among medical experts—have put proponents of the SBS hypothesis on the defensive. Ernie Lopez, who was serving a 60-year sentence for shaking an infant in his care to death, is now free, thanks in part to the work of retired Seattle lawyer Heather Kirkwood. So is Audrey Edmunds, a woman charged with the murder of a child in her care in the 1990s.”

“Yet even if they’re ultimately absolved of any wrongdoing, those suspected of SBS are left to pick through the debris of their former lives: loss of employment, financial ruin, the stigma of having been labeled a child abuser.”

In the Yolo County case, we have already seen both the defense and the family doctor punch holes in the theory of shaken baby syndrome. Given the medical uncertainty of the diagnosis, the misdiagnosis of the baby’s wounds from a purported fall, it seems the jury finding based on what might now be considered pseudo-science is inappropriate.

Are we asking too much for a jury to essentially weigh in on a medical diagnosis when actual doctors are in disagreement over the veracity of shaken-baby syndrome?

This is not a trite question, because as both Professor Tuerkheimer and Radly Balko note, the system really is not equipped to vet medical testimony.

Mr. Balko writes, “Things get murkier when the question isn’t who committed the crime, but if a crime was committed at all. The new research into SBS doesn’t state definitively that without external injuries, a child couldn’t have died from shaking. It suggests only that there are other possibilities—that shaking wasn’t the only possible cause of death. It isn’t an advance in science that will produce dispositive exonerations. It’s an advance that merely calls prior convictions into question.”

As he writes, “We haven’t yet found an adequate way to deal with that. DNA testing has forced the courts to admit when the criminal justice system definitely got it wrong. But the courts are much less likely to take action when new research suggests the system might have made an error.”

Mr. Balko concludes, “Now that we know that the criminal justice system is prone to error, perhaps it’s time to revisit the post-conviction emphasis on finality, particularly in cases decided on evidence that science later calls into doubt.”

23 thoughts on “Eye on the Courts: Shaken Baby Syndrome Has Troubling Scientific Foundations”