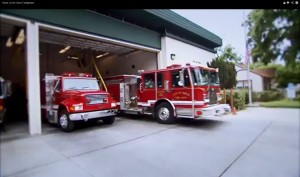 When the council voted 3-2 to enter into a shared services agreement with UC Davis to share management over the two agencies’ fire services, the Davis City Council requested quarterly updates on progress.

The report written by Chief Nathan Trauernicht reported, “We believed it critical to get out to the stations, start building relationships with personnel, and determine the overall condition of the organization, its needs, and critical items that needed to be addressed. Shared command staff visited all stations in the months of January and February. A third round of visits is currently being scheduled for May.”

According to his report, it was during these visits that several issues emerged that the new management team “immediately began addressing.”

First and foremost was concern over the study and move of Station 31.  The idea of moving the fire station first arose after looking at maps of the new response matrix with boundary drop, and noting the overlap between the UC Davis Fire Station and Central Station (Station 31).

When the city council passed the budget in early July 2013, they voted to add $2.3 million to the Fire Station Relocation Project, which will be funded by public safety impact fees.

“We will start doing initial cost estimations and we will come back to you with a report with the first round of site review and a better idea of what we think the actual costs will be,” City Manager Steve Pinkerton told the council at the time.

“Very little of this would be spent on planning,” he added.  “But now that we have the money allocated we can start the planning process.”

Chief Trauernicht, however, notes, “The new shared management team agreed that the study should be conducted internally and that moving the station out of the downtown core would reduce service to the highest call volume portion of the community.”

Freeing up the $2.3 million, which reportedly has not been spent, may change at least this year’s budget dynamics, as the city faces both a sales tax election in June and potentially a parcel tax election in November.

Other issues that arose were the concern “over a lack of labor representation on entry-level firefighter hiring interview panels.” The shared management team agreed “that labor representatives should be included in the entry level process and they were added to the panels.”

There was additional concern over three vs. four person staffing. “Shared command staff reminded personnel that staffing is a policy decision of the Council, as elected to represent the citizens of the community,” he responded. “Staffing levels are based on a community’s risk, the community’s willingness to accept risk, and the community’s desire to pay for the chosen level of service. Shared management staff will continue to report incident outcomes to the City Council.”

Chief Trauernicht also reported that “issues related to payroll associated with contract imposition were significant. Shared management staff have been working regularly with City HR, finance, and payroll staff to resolve the issues and continue to closely monitor the situation.”

Finally he writes that there is curiosity as to the plan, moving forward.  The chief responds, “This question was challenging to answer in the first two months of the agreement, as we were still trying to fully understand all the issues that needed to be addressed. Since that time we have established a list of goals for the upcoming year and we have several projects underway that will be shared in more detail later in this report.”

The chief concludes, “The data provided by Davis Dispatch illustrates a reduction of Davis Fire Department resource re-allocations from Stations 32 and 33, located in West Davis and South Davis respectively, to cover the first-in area of Station 31, which covers downtown Davis. Following the boundary drop, in many instances where an engine move up was required to provide coverage for Station 31’s first-in area, UC Davis’ Engine 34 was the closest resource and provided coverage. This allowed Engines 32 and 33 to remain in their respective first-in areas.”

This is a critical finding because it demonstrates that the current configuration is working as anticipated, and counters concerns that the changes, particularly the reduction of personnel from 12 to 11, would result in longer response times.