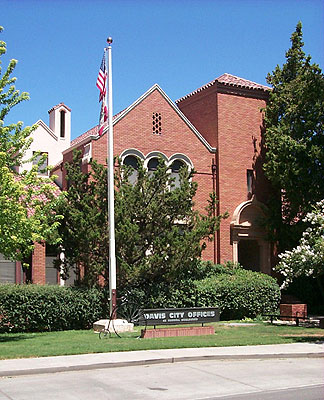 City Manager Steve Pinkerton has slightly upwardly adjusted city finances since December.  He wrote, “On the whole, this updated report shows revenues increasing 8.95 percent while expenditures are increasing at a higher rate (11.29 percent) from FY 2014-15 to FY 2018-19 (Attachments A and B). The City is addressing its shortfall through a combination of increasing fee revenue, reductions/cost controls and a focused economic development strategy compatible with Davis values.”

The city manager, who exits at the end of next week, is asking council to “Direct staff to continue with community outreach to explain the City’s financial condition, options moving ahead and the financial strategy in the context of targeted economic development activities and to place any additional fund balance in the General Fund Reserve.”

The numbers do not change a whole lot, going from a $5.1 million imbalance to a $4.99 million imbalance.  Without the new sales tax revenue, “Addressing the $4.99 million structural imbalance would mean a 10.4 percent reduction for General Fund and Internal Service Fund operations (like Police, Fire, Parks and Recreation) or up to 22.6 percent if Safety Services are held harmless.”

Even if the June sales tax measure is approved, there will need to be some adjustments, “The proposed half-percent Sales tax increase is projected to raise $2.7 million in the first year and approximately $3.6 million annually thereafter.”

The city can probably cover that in the short term by cutting out the last $1 million dedicated to roads in hopes that the voters will pass a parcel tax this November to address roads and other infrastructure needs.

City Manager Pinkerton writes, “The recommended reductions contained in this package are NOT reflected in the FY 2014-15 $49.65 million Preliminary General Fund budget.”

He writes, “Staff is not recommending removing additional funds from the FY 2014-15 budget to account for vacancies and operational savings in the upcoming year, because this staff report proposes to reduce expenses by $1,164,027, which is roughly equal to the $1.2 M salary and operational savings that were taken out at the beginning of FY 2013-14. In other words, the savings have been captured through the proposed reductions. Second, since 55 percent of the proposed reductions are vacant positions, there are very few vacant positions in the General Fund and most are in Police and Fire which backfill unfilled positions with overtime.”

Steve Pinkerton further notes, “Attention has been focused on the structural imbalance because it signals that the City is relying on one-time money to balance its budget and that revenues are not keeping pace with expenditures.”

The following points address major changes since the December 2013 estimates:

While the Vanguard believes that the sales tax measure will pass, there is no guarantee.  Thus, “the Council will be considering the reduction package which has been updated by departments and include the worst-case scenario of 22.6 percent with public safety held harmless.”

The city manager continues, “In addition, cuts which total $1,164,027 are being recommended for implementation irrespective of the sales tax measure. About 55 percent of the reduction results from eliminating vacant positions or temporary-part time hours. The rest of the savings are from operational cuts and fund shifts. No filled positions have been recommended for elimination.