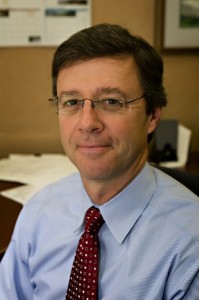 Late on Monday, the Vanguard learned that UC Davis Vice Chancellor John Meyer will step down from his position after 14 years of service to UC Davis. The move is effective at the end of June and Mr. Meyer intends to help with the transition.

In a conversation with the Vanguard on Monday evening, John Meyer indicated that this move was completely voluntary and his idea. He stressed that he leaves in good standing with the Chancellor. He said that he has simply reached the point where it is time to re-energize and focus on a different challenge.

John Meyer, who previously served as city manager, indicated that he has no interest in the open position, but said, as a longtime resident of Davis, he plans to remain in the area.

In a letter dated April 27, 2014, to Chancellor Linda Katehi, he indicated, “I write to inform you my decision to resign from my position of Vice Chancellor. I will always be appreciative for your support through a period when the campus faced great challenges. During my fourteen years of service to UC Davis, I am very proud of the many contributions members of my office have made to improve and advance the campus in partnership with colleagues across the other administrative units, schools and colleges.”

He added, “I believe we have forged strong partnerships with the city and other sectors of higher education with our notable development of the first community college center on a UC campus at West Village.”

“To have earned my undergraduate degree at Davis and then to return in an executive role has been a truly rewarding experience. UC Davis is an extraordinary community,” he writes. “While those of us in administration are fully aware of the many challenges faced by higher education, it is important that we reflect on what a wonderful university this has become due to the contributions of so many. I am honored to have contributed a small part to the success of the UC Davis family.”

As noted, he will conclude his service to UC Davis at the end of June and plans to help foster a “positive transition.”

In a response, Chancellor Katehi writes, “With great regret I accept your resignation.” She notes, “I want to thank you for offering to help in a smooth transition and I am looking forward to working with you to ensure a transition to appropriate interim leadership.”

In accepting his resignation, she writes, “I want to take this opportunity to thank you for your 14 years of service to UC Davis. As your letter notes, the University of California and public higher education more generally have faced many challenges over the past decade. I thank you for your assistance and leadership in helping guide the university through these challenging times. It is thanks to you and others like you that UC Davis continues its upward trajectory of prominence and excellence despite these many challenges.”

She added, “I will start immediately the effort to create a leadership transition plan and I would very much welcome your thoughts and suggestions about those you believe are prepared to serve in an interim leadership role while we complete a national search for the position.”

John Meyer leaves behind a mostly positive legacy. He is credited with helping to reshape the face of the campus, helping to bring in the Mondavi Center, the Hyatt Hotel and reshape the university’s face along I-80.

He was instrumental in the development of West Village, which is credited as a highly innovative housing development on the cutting edge in environmental sustainability, although many in the city of Davis see it as a sprawling reminder of the loss of open space.

No one’s tenure comes without at least some controversy, and it was John Meyer who had the task of being being direct line supervisor to the police chief in the UC Davis organizational chart at the time of the pepper spraying incident that left a black mark on the university.

In footnote, the Reynoso Report notes, “In October 2009, the UC Davis administration was restructured to create the Office of Administrative and Resource Management and a number of groups, including police and fire, were brought under the oversight of Vice Chancellor Meyer. The UC Davis Chief of Police and ‘about a dozen’ other campus leaders report directly to Meyer.”

At the time, the Vice Chancellor declined to comment, but in the Reynoso Report he seemed to anticipate the potential problem of removing the tents from campus.

On the one hand he wrote that “if protesters attempted to camp on the Quad, ‘Camping is not allowed on the Quad, however, the removal of occupants may create a scene with Police removing individuals and property that could be troublesome.’ “

But on the other hand, “We do worry that if camping persists it could attract individuals that have no affiliation with the campus which raises other security issues. We are assessing our legal options and are not inclined to allow tents or structures.”

He continued: “Do we lose control and have non-affiliates become part of an encampment? So my fear is a long-term occupation with a number of tents where we have an undergraduate student and a non-affiliate and there’s an incident.”

He added, “And then I’m reporting to a parent that a non-affiliate has done this unthinkable act with your daughter, and how could we let that happen?”

In the aftermath of the pepper spray incident, John Meyer’s position was restructured away from direct oversight of the police department. He noted in a comment to the Enterprise, “In retrospect, how the campus reacted to it with the Chancellor’s leadership, with the new policies from the provost on freedom of expression, new focus and engagement from the police department, with (new Chief) Matt (Carmichael’s) leadership, with the chancellor appointing outside bodies to come in and review our procedures — I think we ended all that up in a much better place.”

But the pepper spray incident should not be viewed as the sum total of a very long tenure at UC Davis following a successful tenure at the city of Davis.

It was in March of 2012 that the Vice Chancellor paused the merger of both fire departments.

In a letter to City Manager Steve Pinkerton, Mr. Meyer, wrote, “Both of our agencies remain committed to a unified fire department to serve our shared community. However, I believe that we have reached a point of limited progress and that for a variety of reasons, most particularly the City’s pending negotiations with its firefighters, we should pause this process as described below and then reconvene in the 2012-13 fiscal year.”

He added: “I make this recommendation with the strong belief that this approach will enable us to preserve our joint achievements, allow the campus to proceed on several management and service improvements, and position us to take the next steps to plan and implement consolidation when your labor negotiations are complete.”

Most critically, Vice Chancellor Meyer cites what he calls a “significant compensation disparity” as a culprit.

However, this would not be the end of the relationship between the two agencies. While it was important for John Meyer to call out the compensation gap between the two agencies, he was also instrumental in helping to bring together the university and the city of Davis in the shared management service agreement regarding the operations of the fire department. That led to Chief Nathan Trauernicht becoming chief of both the city of Davis and UC Davis Fire Departments. It was a few weeks ago that Chief Trauernicht presented the early successes in that merger.

Meyer’s departure comes at a crucial stage, however, as the shared services agreement appears somewhat vulnerable with the loss of Davis City Manager Steve Pinkerton and turnover on the council. He told the Vanguard that the Chief’s capable hands should win over the Davis City Council and smooth the way for increased relations into the future between the two departments.  At the same time, the university and city are undergoing the Nishi-Gateway project remaking Solano Park, putting housing and a business park on Nishi, developing a Hotel-Conference center, and remaking the face of Davis.

This crucial moment takes place with both the city manager and UC Davis’ Vice Chancellor leaving.

John Meyer proclaimed himself a lifer and said that he does not intend to leave the city of Davis. He is focused on helping the university to transition and then will head for the hills to hike and recharge his batteries.