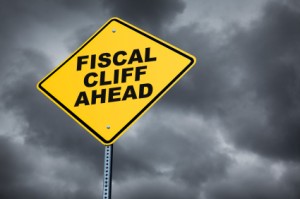 The city, in the next month and a half leading up to the June election and then for the next six months, should do nothing but read letters to the editor, and then identify misconceptions within in the public and address them. Frankly, this process should have started a year ago.

They clearly need to educate the public on how municipal financing works. It is not that the city has done everything they need to do, and for years they have dug themselves a hole that the council only in the last two or three years has really begun dig themselves out of.

So we get this op-ed in the local paper, dripping with sarcasm. The author writes, “I do get annoyed at being lectured to by a bunch of pinheads.” And yet, he proceeds to show deep misunderstandings about how municipal finances could work.

He writes, “I so enjoy our civic leaders’ use of that quaint term — ‘structural deficit’ — like it is anything but fiscal mismanagement at its core. You arrive at such a dire crisis by spending more than you take in and you keep doing it year after year after year.”

There are different definitions to a structural deficit, but it is often used to describe a situation where the structure of the agencies’ revenues and expenditures creates the deficit rather than simply a reduction in revenue.

In the city’s case, it is not correct to suggest that the city spent more than it took in year after year – it can’t actually do that. In this case, the biggest two problems are that the city promised more to employees in the past than it funded for those benefits and, second, that for several years the city ignored deferred maintenance and those bills have come through as well.

The author is correct that this is fiscal mismanagement but does not appear to understand the mechanisms that led to the problem.

The writer continues, “They then pretend to be concerned by nibbling at the edges — firing a few low-level bureaucrat bottom-feeders (who probably did most of the real work anyway) or cutting back on services just to give us a hint of how terrible things can get if we don’t fall in line. (I do get annoyed at being lectured to by a bunch of pinheads.)”

This is not exactly what has happened either. The city in response to the fiscal crisis in 2008 did cut employees – not necessarily low level employees – through attrition. As we have discussed, this is certainly not the ideal approach and we are to some extent paying for that now.

We will have to cut back services in the future largely because employee costs are the bulk of the city’s budget, and cutting staff means cutting services.

The author is correct that the city employees, or many of them, have probably overly-generous compensation plans, but he probably underestimates just how generous because he doesn’t look at pensions and OPEB.

He then suggests that city staff has come up with a plan to save their own jobs, but taking “more of our money (in the form of increased taxes) to give to those who are causing most of the deficit problem in the first place. Brilliant! Why didn’t I think of that? There apparently are no other remedies.”

As our observant readers know that is not the full picture. The city is planning to increase taxes as a short-term remedy; if the voters do not agree, however, they will make large cuts – and let’s not kid ourselves, those cuts will impact city services. Those are the only two realistic short-term solutions. Longer term, they are looking at economic development.

“But let’s not get fooled by them telling us they will finally be taking care of our long-ignored infrastructure. Most of the tax increases will be to continue to pay for pensions and benefits, the level of which most of us do not currently enjoy.”

The sales tax does largely address the immediate needs which go to pay for the increase costs of pensions and retirement health care.

He continues, “I just had to laugh at a recent ‘threat’ in a news article that parks maintenance will be virtually a thing of the past if they don’t get their way on a tax increase. Yeah, right. Like we’ve been enjoying a lofty level of service all along.”

The November parcel tax would address roads and parks. It’s likely without this money, we will see parks have to be closed, along with green belts and other services.

It is here that that he strikes on his plan.

He writes, “Well, I have a better solution to our ‘structural deficit.’ I propose we declare bankruptcy and void all our current contracts, union and otherwise.” He then proposes to re-advertise the current positions with a based reduction.

He adds, “Furthermore, overtime (where one employee made over $81,000) will not be tolerated except under extreme conditions, allowing less than 10 percent of the current $1.5 million expenditure.”

So he believes that when a city offers too high a contract to employees, they can remedy that error by simply declaring bankruptcy? It doesn’t work that way, and, even in Vallejo, they are finding that road more difficult than probably some would like to believe.

You have to actually have a basis for doing that, and under AB 506 it is much more difficult. That law, passed in 2012, makes filing for bankruptcy protection “a last resort,” one that is “instituted only after other reasonable efforts have been made to avoid a bankruptcy filing or otherwise appropriately plan for it.”

Under that law, there is a process for the city and its “creditors” to engage in “reasonable efforts” to resolve their disputes outside of bankruptcy or, if the disputes cannot be resolved, to begin negotiations that will continue in the bankruptcy action.

The first problem we face with declaring bankruptcy is that we are not bankrupt. Yes, we have a bad structural deficit. Yes, we have promised too much to our employees, particularly with regard to retirement health care and salaries.

But we have also taken many steps to remedy this problem by restructuring retiree health, increasing the employee portion of their pensions, and reductions in cafeteria cash outs. The area of salaries was probably not cut as much as we should have, but we are now mid-contract and, unlike the author, we cannot simply void them when we feel like it.

The first thing the city would have to do if it wanted not to raise taxes would be to cut employees. We saw the cut list last week; it will be painful and ugly, city services would be slashed, but we would keep public safety relatively intact and, because of that, we are nowhere near bankruptcy.

A city can declare bankruptcy when, due to the cost of its labor force, it can no longer provide basic city services such as police and fire protection and ordinary maintenance of its roads and parks. We are nowhere near there.

The roads are bad, costs are ugly, but our roads according to city staff can continue to deteriorate another five to seven years before they reach the point where they could be a reason we declare bankruptcy.

We can survive with really bad roads, but if we continue to wait to fund them, we will never catch up and most of the town would look like Olive Drive.

Bottom line here, the plan put forward by the writer could not possibly save what he thinks it will.

There are two short-term ways to go: raise taxes or cut services. The residents of Davis twice in the next eight months will decide what kind of community they want to live in.

59 thoughts on “Vanguard Analysis: The Road to Fiscal Sanity… If Only It Were That Easy”