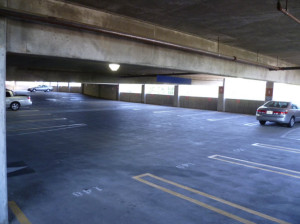 One of the hallmarks of civic dialogue is the notion of public engagement.  Council has often lamented the lack of public engagement and participation on critical items before the Davis City Council.  At the same time, while this city council has proved a marked improvement over previous councils on many fronts, this council has at times proven willing to completely disregard the public participation process.

In December of 2012, the WAC had been meeting for nearly a year, analyzing the city’s water project and developing a very innovative water rate structure.  The city’s consultant had developed a relatively standard water rate structure which used meter size as a proxy for peak consumption.

Frank Loge and Matt Williams, two members of the WAC, then developed an alternative metric which use refined the fixed-cost component by using summer usage as a proxy for peak consumption.  The result would be to reduce the fixed costs on the low end users and transfer those costs back to the high end users making the charges far more proportionate to actual use.

The WAC had voted to support the recommendation of CBFR to council, however, there was push back by some in the community, and led by Mayor Pro Tem Dan Wolk, the council in December 2012, directed the WAC to re-examine the Bartle Wells model, to the point where Mr. Wolk refused a friendly amendment to allow the WAC to reconsider the CBFR model as well.

Ultimately the WAC decided by a narrow vote that they could not in good conscience support the Bartle Wells model and ultimately the council opted for a compromise approach of two years of Bartle Wells and three years of CBFR in the Prop 218 they issued to the public.

By itself, the actions of the council there may obscure the issue which has been increasingly obvious – they commission a group of citizens to advise them on a policy matter, the citizens study that policy matter, take public input, and ultimately issue a recommendation.  The opponents to that recommendation then complain to council and the council will often ignore the time and work of the citizens and bow to political pressure.

This is close to what happened with the Mission Residence.  In this case, however, it was a previous council that had facilitated the B Street Visioning process, where they brought together a vast amount of interests in the community and got neighbors along B Street and in Old North Davis to agree to redevelopment of the area under certain conditions and restrictions.

Last year, a developer came forward with a plan that violated those agreements in terms of height restrictions and density.  These were conditions that the neighbors agreed to in the process and the council unilaterally just ignored them and approved the changes.

That brings us to the Downtown Parking Task Force.  This issue of paid parking is clearly one of more controversy than the other recommendations.

Did the City Council need to go to an external task force in order to deal with the issue of parking?  No, the city had internal staff that could have studied the issue and come forward with recommendations.

Instead, they decided to go to the task force route, probably to get community buy in and create political cover for any difficult decisions they had to make.

So, for one year, the task force of citizens engaged in the public process.  They waded through thousands of pages of survey results, parking counts, and other data.  They read case studies, listened to public testimony, expert testimony and what they arrived at reflected a near consensus on most issues.

That structure enabled the task force members to express disagreement with individual issues while expressing support for the entire package.

Was the entire package perfect?  By no means.  The issue of paid parking is clearly controversial in the community.  The issue of a new parking structure will be difficult to both locate and finance.

On the other hand, they recognized that outside of the supply issue there was a distribution issue that needed to be addressed because people who were in the downtown for the long term were over-utilizing the free parking and remedying enforcement issues by periodically shifting their parking from block to block.

In the meantime, owners clearly were under-utilizing X permits.

However, as a package deal the task force felt like this would work.  It was approved by both the Davis Downtown and the Chamber.

The problem now is that one of the members of that task force disagreed with the outcome.  That’s fair and perhaps that individual is correct.

This is now about public process and how the council establishes the framework of that public process.  The individual has gathered a group of property owners, they met behind closed doors, they have commissioned a study of their own customers and have not been willing to disclose those results as of yet.

This has not been a public process, there has been no external public or oversight.

As we reported on Wednesday, they came up with their list of recommendations for implementation.  Some of them very well may be good ideas.  But some are likely to create huge problems – for instance adding X permit parking in old North Davis is liable to create a war between Downtown and Old North Davis residents.

Likewise, the proposal to add X permit parking to the east is likely to raise complaints from that neighborhood association.

On the other hand, the idea of an increased in lieu fee may be a good idea.

However, this is still a process issue.  The city council commissioned the parking task force to provide recommendations and they have acted on those recommendations.  They asked a group of citizens to give up their time from their busy schedules to come up with a plan.

It was not a perfect plan, but it was a very good start.  The council needs to respect the time and efforts of the group that they commissioned.  It is not as though the council ignored the concerns of the business community.  The body included Jennifer Anderson, Alzada Knickerbocker, Rosalie Paine, Michael Bisch, and Lynne Yackzan.

The council needs to respect the process that they established.  If they end up undermining the work of the Downtown Parking Task Force because a group of citizens who had the ability to participate in the original plan are speaking out more loudly or forcefully than other groups, they have undermined their own process.

Citizens are going to look at this and state, why should I spend my limited time helping the city and advising the city if they are simply going to undermine their own process any time another group of citizens speaks out?

Democracy is not the rule of the mob or the group who screams the loudest wins.  We need to have clear processes and guidelines for moving forward.

Michael Bisch in a comment yesterday on the Vanguard cited excerpts from the Vanguard April 2 article on a separate subject, Athletic Director Dennis Foster.

“In speaking to Dennis Foster, a lot of things became clear. The biggest thing he said is that the level of micromanagement, complaining by the parents and meddling by upper administration, is unique to Davis. He has spent years in Natomas and the climate there is very different.”

“This is part of the culture in Davis that has to change – coaches need to be allowed to do their job, in his opinion, and in our opinion you could replace ‘coaches’ with teachers and with city employees, across the line.”

“Unfortunately, the more I talked with Dennis Foster, the more I realized that this problem is really far bigger than athletics. I heard the same complaints from him that I do from city employees, city councilmembers, school board members and teachers.”

“We need to decide as a community what kind of community we want and we need to start trusting the people we hire to do their jobs. It is one thing to scrutinize policy level decisions made by elected officials, it is another to micromanage site level decisions, whether they are made by coaches, teachers, or other low level employees.”

Mr. Bisch wrote, “The effort from the Downtown Property Owners, whoever they may be, is more of the same. This kind of action is rampant resulting in an ungovernable community. While community volunteers or appointees are conducting the community’s business in public operating under democratic principals, working hard to form consensus (albeit not always unanimity), unknown individuals are working hard behind the scenes at opposing ends. What’s the point of even having an agreed upon process, requesting volunteers, and engaging in a public dialogue if it’s only to be undermined from those not willing to respect the process or the work of the volunteers?”

The three examples we provided, the Mission Residence, the WAC, and now the Downtown Parking Task Force illustrate a problem with this council.  We talk about engaging with the public and forming consensus and compromise and then, at the first opportunity, the council undermines that compromise when someone screams louder.

To be clear here, our issue here is with the process and our issue is with how the council conducts itself.  The citizens of Davis have every right to express their views and disagreements at every step of the way.  The council, however, needs to create clearer guidelines for the use of citizen advisory groups, and respect the amount of work and the work product that arises from those efforts.