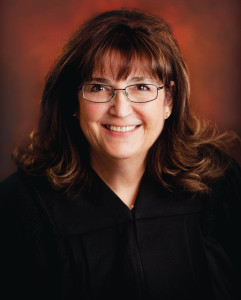 In the past week, Janene Beronio picked up critical endorsements by both the Sacramento Bee and Davis Enterprise. The key question in the Yolo County Judge race right now is whether Janene Beronio has the ability to end this race in June or whether it goes to November.

The Woodland Daily Democrat endorsed Ms. Beronio as well.  “This is an unusual and welcomed development,” said Beronio campaign spokesperson Judge Dave Rosenberg. “To have all three major local newspapers endorse the same candidate in a contested election is a very rare event. Newspaper endorsements are important – newspapers study the candidates in great detail and they speak from the perspective of a neutral and unbiased observer. All three papers have recognized that Janene Beronio has the experience and the savvy to be a fine Judge and will serve Yolo County with distinction.”

The Bee writes, “In Yolo County, four experienced attorneys are seeking a seat left open when Judge Stephen Mock retired. Voters could pick almost any one of them and not go wrong.” However, like many, they end up siding with Ms. Beronio.

They write, “Among the solid candidates, we lean toward Janene Beronio. Yolo County judges appointed her Superior Court commissioner, a post she has held for 25 years. Current Yolo Superior Court judges support Beronio, as do the Yolo County Bar Association and Yolo County District Attorney Jeff Reisig, all of which are important stamps of approval.”

They add, “Before becoming a commissioner, Beronio spent a decade as a Yolo County deputy district attorney. A downside is that Beronio lives in Solano County; there is no residency requirement for judges.”

“Experience is important. Without a doubt, Beronio could carry out the duties of a judge today. Delaini ought to be at or near the head of the line for the next Superior Court opening,” they conclude.

At the same time, they have good words to say on the other three.

On Rick Cohen: “Attorney Fredrick S. “Rick” Cohen, a family-law specialist who lives in Sacramento County, has endorsements from several Democratic politicians. He promises to focus on family law, which is important.”

On John Brennan: “Attorney John P. Brennan, who lives in the Yolo County city of West Sacramento, has 10 years of experience as a deputy district attorney in San Francisco, Kings and Sacramento counties. For the past decade, he has been a criminal defense attorney. He has been endorsed by several Sacramento Superior Court judges.”

On Larenda Delaini: “Deputy Attorney General Larenda Delaini is steeped in criminal law and has built a reputation among fellow deputy attorneys general for being a brilliant attorney.

“She represents the state in complex matters of sentencing and criminal law, and in death penalty cases, the weightiest matters handled by the attorney general’s office. She is representing the state against David Breaux and David Scott Daniels, who were sentenced to death for Sacramento County murders.

“Delaini spent four-plus years as a deputy district attorney in Contra Costa and Sacramento counties, is a lifelong Yolo County resident, and is married to a West Sacramento police lieutenant. She has great potential and could be a star on the already solid Yolo County bench.”

In the meantime, the Davis’ Enterprises’ endorsement of Janene Beronio reads more like her campaign’s talking points.

The Enterprise writes, “Yolo County voters have the rare opportunity this spring to elect a Superior Court judge who has spent the past 25 years basically doing the job already. She is uniquely qualified for the job she seeks.”

“Court Commissioner Janene Beronio has the support of every sitting and retired judge in Yolo County, as well as many practicing attorneys and every law-enforcement organization in the county. We can see why,” they write.

“Since her appointment as commissioner in 1989, Beronio has undertaken numerous assignments, from traffic, juvenile and family court matters to misdemeanor and felony criminal proceedings,” they continue. “As a judge, she would enjoy a wider range of authority, such as presiding over felony trials, which comprise a significant portion of the court’s calendar.”

Janene Beronio they write, seeks to fill the vacancy being created by the retirement of Judge Steven Mock, who will step down in January after 24 years on the bench.

The Enterprise continues, “Yolo’s prosecuting attorneys and local defense attorneys are lining up to endorse her; it’s a remarkable feat to receive such levels of support from both sides of the aisle. Their faith in Beronio is a testament to the respect Yolo’s attorneys have for her intellect, her record of fairness and the knowledge that they’ll all receive equal treatment in her courtroom.”

“She received the support of more than 75 percent of members of the Yolo County Bar Association, despite the fact that there are three other candidates running on June 3,” the paper continues.

The Enterprise adds, “Beronio also has distinguished herself for her innovation. She restructured the misdemeanor court calendar to reduce the backlog of cases while improving the quality of service. Her model is recommended to other courts for improved efficiency.

“Juvenile law holds a special place in her heart. She has the distinction of presiding for nearly five years over juvenile law matters — a rigorous assignment typically reserved for Superior Court judges.”

“Juvenile court is a very, very hard assignment — it makes some of the other things we do pale in comparison for how intense the issues can become, because you’re talking about kids,” said Judge Timothy Fall. ”The judges here knew that she had what it takes.”

They continue, “Beronio also serves as the judge in the Every 15 Minutes program, which seeks to educate teenagers about the dangers of drinking and driving through a realistic scenario played out each spring at Yolo’s high school campuses. Her role is to handle the courtroom appearance of the “drunk” driver, a scene that is videotaped to show students the very real consequences of their actions.”

The endorsement continues, “Her calm demeanor, agile mind and extensive knowledge are mentioned time and again as skills needed on Yolo’s bench. We join those who know her best and recommend her election on June 3 as a Yolo Superior Court judge.”