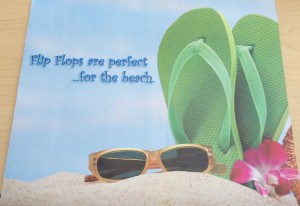 If you live in the 4th Assembly District, your mailbox has likely been overflowing with a volley of negative attack ads targeting two of my opponents in the race for the State Assembly.  I’m sick of it; we are far better than this.

There are plenty of policy decisions about which I disagree with my opponents, but the topics of these recent attacks are baseless and dishonest.  I appreciate that these lies have been thoroughly debunked by local press.

Such attacks undermine meaningful political discourse at the time we need it most.  California faces great challenges as it climbs its way out of a devastating recession and grapples with a drought for which our state is inadequately prepared.  The debate should focus on solving problems, not on bickering about spurious attacks.

To be clear, the attack ads have not come directly from my opponents themselves: they are independent expenditures by organizations that support my opponents.

I am pleased no organization supporting my campaign has attacked my opponents.  I am committed to doing everything permitted by law to ensure this continues.  To anyone reading this: be firmly assured that I do not want you to spread negative attacks against my opponents, and I will immediately denounce any such attacks if they occur.

As mayor, I have been steadfast in advancing a culture of open discourse and a tone of respect.  I often repeat that our guide must be policy, not politics.  So too I have directed my campaign.  We have focused solely on spreading my positive message about how I will serve our district in the Assembly.

I do see a dire need for campaign finance reform.  But in the meantime, the best we can do as voters is to be politically engaged and not be duped by the lies coming from special interests on both sides of the political spectrum.  Please vote, and vote based on the facts and our records, not rumor and innuendo.