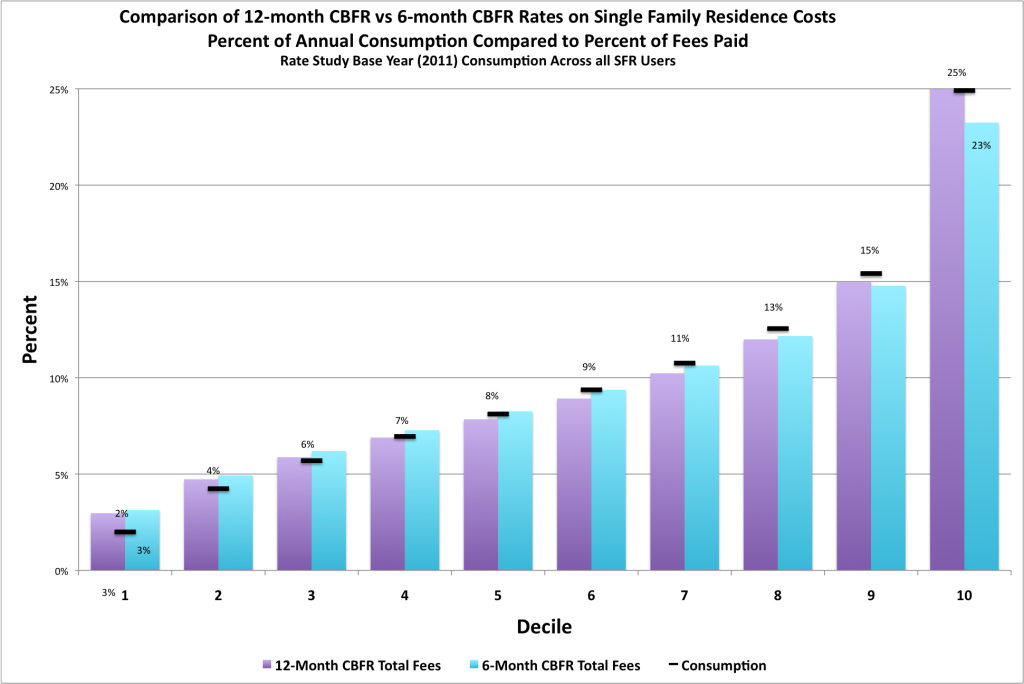 by Donna Lemongello and Matt Williams

Please accept this formal, legal submission for inclusion in the Staff Report to Council for the Water Rates item requested by four Council members in the Tuesday, May 27, 2014 Council Meeting.

Democracy is an intriguing process. It works well when the people voice their opinions about key issues … and their elected representatives listen to them. In the past two months, and especially in the past two weeks, Measure P has been looking very much like democracy working well.

Here we are two weeks prior to Election Day and the Yes On Measure P forces have been asking for a “fairer” rate structure, one that does not shift costs to rate payers who must irrigate during the hot summer months. “Don’t use 6 months, use all 12 months” is a refrain frequently being heard these days. In their Enterprise OpEd, Mark Siegler and Sue Greenwald said, “[We] believe there were less expensive ways to responsibly manage our water needs […] and it is incumbent upon our City Council and the council alone to come up with rates that don’t unfairly penalize any user group.“

In addition to their desires for “fairness” the supporters of Measure P would ideally like to find a way to assure that the total rates approximate an equal charge per gallon used for all consumers, with consideration of the fact that the water district should keep irrigation rates low enough so that irrigators do not have incentive to dig and/or pipe private wells for irrigation. Their argument is that with its high fixed costs, the water district needs everyone, including future new subdivisions, to fully participate in paying off our surface water system and our permanent supplementary summer water rights purchase.

The “fairness” concepts identified by that OpEd and the subsequent League of Womens Voters forum have caused members of the community to come up with adjustments to the CBFR rate structure that can help the Council meet that challenging “fairness” goal.

This “fairness” proposal has five components:

Editor’s note: this report was submitted at 1:35 pm, Thursday, May 22, 2014 to Herb Niederberger, Gene Rogers, and Zoe Mirabile.  At press time, it has not been included on the council agenda.

Share:
Tags:Brett LeeCBFRLucas FrerichsMeasure PProp 218water rates
Previous : Will Council Get to Hear Discussion of New Proposed Rates?
Next : CBFR Has Not Been Explained Well to Community