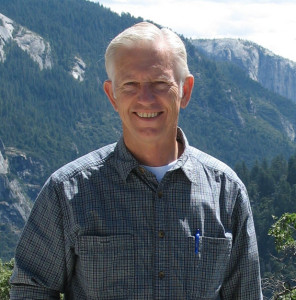 A few weeks ago I had a conversation with a former member of the Davis City Council, whose name I will withhold to protect the innocent. I asked him his predictions for the council and he stated, Robb Davis will finish first and Rochelle Swanson will finish second.

I asked, what about John Munn, and he said that he saw John Munn finishing a distant third. I did not agree at that time, I thought it was going to be a close call between John Munn and Rochelle Swanson for second. I now think John Munn is likely to finish second, and I will explain in a moment.

Robb Davis is everyone’s pick for the council. It is always a bit dangerous, given the lack of polling. In 2010, we were able to peg the rise of Rochelle Swanson and the fade of Sydney Vergis; however, in 2012, we sensed the demise of Stephen Souza but not necessarily the rise of Brett Lee and the fall of Sue Greenwald.

When the 2014 race began, we might have predicted Rochelle Swanson and Sheila Allen. Now, if I had to put money on it, we might see neither.

As Bob Dunning writes today about Robb Davis, “That freight train you hear roaring around the bend is the Robb Davis campaign, picking up steam with every passing day. Robb’s rare combination of fiscal prudence and commitment to social justice make him a force to be reckoned with in his first run for elective office.”

While I have long respected the passion and compassion of Mr. Davis, for my money I am more impressed with his ground operation. Ten days ago, the campaign team had walked all but six precincts in all of Davis. Not just dropped literature, but actually knocked on people’s doors and talked to the voters. Even now, the key to winning Davis is knocking and talking to voters rather than mailing pieces.

This makes Robb Davis an easy call for a lot of people. Whether it actually plays out that way, we’ll find out.

When John Munn entered the race, Michael Harrington, the former councilmember, reminded me that in 2000, when Measure J was on the ballot, all of the candidates except one, supported Measure J, which relatively narrowly passed. That candidate was Susie Boyd, who would finish first in the race.

Mr. Harrington predicted that, like Susie Boyd, John Munn would benefit as the only candidate against the water project and for Measure P. He also benefits as the only Republican in a race full of Democrats, an Independent and a Green Party member.

What we are hearing from the ground does not bode well for those supporting Measure O and opposed to Measure P. There is a growing distrust in the voters. They are frustrated and distrustful of city government.

And John Munn has gone all in. He has spent more money in this race than anyone else and has launched a series of ads in the Davis Enterprise.

46% of voters in Davis voted against Measure I, so even if Measure P loses, if most of that dissent also goes John Munn’s way and if a good percentage of those choose to bullet vote, John Munn might be elected to the Davis City Council.

How does that affect Rochelle Swanson? Is she in trouble? We have been concerned for some time. On the one hand, she shows some strength with the most money raised this period, $8800, edging out John Munn and Robb Davis. She’s not in the lead overall for money – Robb Davis raised $5000 in 2013 that somehow has been forgotten.

But if this is a ground war, she is losing the ground war. We are not sure how many precincts she has actually walked, but she has been outworked on the ground by the other four candidates.

She has been on the right side of fiscal issues and a driving force on economic development, but she may get caught up in the anti-incumbency move.

We have been concerned for some time that her campaign has not been visible, that a lot of work she has done has been behind the scenes and she has failed to come up with a strategy to pump that work into the public light, despite the availability of free press like the Vanguard.

Bob Dunning’s evaluation: “… being the only incumbent in a crowded field is a double-edged sword. Rochelle is a hard worker who pays attention and doesn’t seem beholden to any rigid political philosophy. People who like the direction of the council in the last four years are solidly in Rochelle’s camp, especially when it comes to her strong support of the water project. That position, obviously, cuts both ways. The fact that the city is in dire financial straits always works against an incumbent, especially with a strong field of newcomers running hard against you. Rochelle will definitely be in the top three. Whether she can come in first or second remains to be seen, but she is certainly a contender.”

In the last week or so, we see Rochelle Swanson slipping to third. Is it too late to recover?

Sheila Allen we see, at this time, as finishing fourth, which, considering where the campaign began, is remarkable. Perhaps the most telling statistic is that in the last two months, since March 18, she has only raised $3600.

March 18 is remarkably the same date that Sheila Allen and Susan Lovenburg told the community it was time to “move on.” Coincidence? Probably, but an interesting one as well.

Bob Dunning gets the analysis largely correct, “… once considered almost a shoo-in, Sheila’s candidacy took a hard blow when she ended up on the wrong side of the Davis High School volleyball controversy near the end of her long stint on the Davis School Board. It was there that she sided with her former Board colleague Nancy Peterson and agreed to punish Julie Crawford by upholding her dismissal as DHS boys volleyball coach. She followed that with an ill-considered Op-ed in The Davis Enterprise that condescendingly told everyone it was ‘time to move on.’”

“Truly a self-inflicted one-two punch that knocked her campaign completely off its bearings,” he continues. “Overnight her long tenure on the school board went from being an asset to a liability. People who didn’t know Sheila Allen from Woody Allen suddenly sat up and took notice. It’s unfortunate, because Sheila is a hard-working, dedicated public servant who truly loves the town she serves. But that final vote to dismiss Julie Crawford, which stunned even some of her most ardent supporters, appears to be too much to overcome.”

That leaves us with Daniel Parrella. Mr. Parrella is not going to win … this time. But he has put himself into future consideration. It would be a very interesting move to see council appoint him should there be a vacancy in January 2015. He represents a perspective that hasn’t been seen on the council since Bob Black, the perspective of youth, but he has impressed many with his intelligence and work ethic. If he sticks with it, he is positioning himself for a much more successful run in 2016.