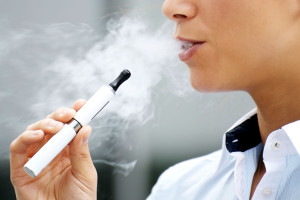 Back in March, the city council was presented with background information on electronic cigarettes (e-cigarettes) and hookah.  At that time, council directed city staff to return with an ordinance that would incorporate e-cigarettes into the city’s existing “no smoking” code.

According to the city staff report, “The proposed ordinance does not change locations where individuals can or cannot smoke; it simply adds e-cigarettes to the definition.”

“Since the March 11 City Council meeting, the Food and Drug Administration has issued a proposed rule that would extend the agency’s tobacco authority to cover additional products that meet the legal definition of a tobacco product, such as e-cigarettes; however, the devices still remain mostly unregulated,” staff notes. “As was noted in March several localities and organizations have enacted ordinances to regulate e-cigarettes, treating them like conventional cigarettes are treated.”

Staff has also sent a letter to “Davis restaurateurs and tobacco retailers outlining the direction from the March 11 meeting and explaining that the City Council will consider an ordinance to regulate use of e-cigarettes at the May 27 meeting. Staff has not received any feedback, positive or negative, from the outreach.”

The city has long had regulations which prohibit the use of cigarettes and smoking in public places. Staff notes that smoking here defined as “inhaling, exhaling, burning, or carrying any lighted cigarette, cigar, pipe, weed, plant or other combustible substance in any manner or in any form.”

E-cigarettes have become a recent trend that has gained popularity over the past five years, doubling in sales each year. They are battery-powered devices that mimic cigarettes by created a vaporized nicotine-laced liquid inhaled by the user. Staff notes, “The e-cigarette is meant to look and feel like a traditional cigarette, right down to a small light at the tip that lights up like a burning cigarette. In addition, e-cigarettes produce a vapor from a heating element that boils the liquid, hence the term ‘vaping.’”

Staff writes, “As the popularity of the devices grows, policy makers are faced with the question of whether e-cigarettes should be considered in the same ways as traditional cigarettes when it comes to use in public places.”

Staff notes that there are no conclusive studies on the effects of e-cigarettes. There are some studies that show that the vapor may be releasing harmful substances, but staff writes, “the trend is still too new to be able to cite longitudinal effects of direct usage and second-hand/third-hand inhalation.”

E-cigarettes have been marketed as a nicotine replacement product that smokers could use to help quit smoking altogether or purportedly to produce a healthier way to get the nicotine. Without tobacco, e-cigarettes, some concede, are less dangerous to the health.

But as one article notes, “Don’t be fooled into thinking that e-cigs are without risks or that you should now be able to vape to your heart’s content. Or that they’re plain healthy.”

One study argues that while toxicant levels are “9-450 times lower than in cigarette smoke,” “levels of formaldehyde and metals have been found to be comparable to or higher than those found in conventional cigarettes.”

However, as noted, the research here is preliminary and only limited data is available on their safety for both users and secondhand smokers. One study found that e-cigarettes “are not emission-free and their pollutants could be of health concern for users and secondhand smokers.” They conclude, “In view of consumer safety, e-cigarettes and nicotine liquids should be officially regulated and labeled with appropriate warnings of potential health effects, particularly of toxicity risk in children.”

The staff report notes, “Public policy is catching up the popularity of the cigarettes. Several states have passed laws to regulate/prohibit e-cigarettes in certain locations (Maryland, Oregon, etc.). Cities have banned the use of e-cigarettes in public places, including New York City, Chicago, San Francisco and Los Angeles. Other California cities have passed bans on e-cigarettes, too (Richmond, Carlsbad, Walnut Creek, etc.). San Diego is in the process of restricting usage.”

These policies cite concern about second-hand effects from the vapors, confusion about where smoking is allowed/prohibited since e-cigarettes and their vapor look like traditional cigarettes, concern that acceptance of e-cigarettes may increase the social acceptability of smoking particularly among minors and youth, and concern that the vapors violate smoke-free air laws, or the intent of the laws.

23 thoughts on “Should City Ban E-Cigarettes in Locations Where Smoking is Prohibited?”