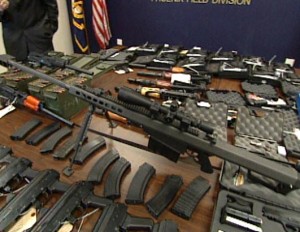 We interrupt this coverage of the elections for a bit of reality that seems more like unreality. As we now know, a distraught young man was driving a black BMW through the city of Isla Vista, a college town, not that much different from our own. Suddenly he opened fire on the crowded streets and when he was done, seven people were dead, including the attacker later identified as Elliot Rodger, and 11 were injured.

The father of one of the victims had enough and spoke out.

“Why did Chris die?” Richard Martinez said at a press conference. “Chris died because of craven, irresponsible politicians and the NRA. They talk about gun rights, what about Chris’ right to live? When will this insanity stop?”

It is a statement that will likely get a lot of play from both sides of the gun debate. But for me at least, what stands out is an article that ran in San Luis Obispo Tribune and was picked up in the Sacramento Bee.

Chris Martinez was 20 years old and a sophomore at UC Santa Barbara, and had graduated from San Luis Obispo High in 2012, 21 years after me. For me, that brings the tragedy even closer to home than it had been.

Mr. Martinez, in speaking to reporters, punctuated his statement by saying, “We should say to ourselves: ‘Not! One! More!'” before dissolving into tears and falling to his knees as he stepped from the podium.

But we can’t say not one more. This shooting comes a year and a half after the shooting at the Sandy Hook Elementary School where 20 children and six adult staff members were killed. 20-year-old Adam Lanza fatally shot and killed his mother prior to the rampage and them committed suicide by shooting himself in the head.

After that shooting, President Barack Obama vowed, “We’re going to have to come together and take meaningful action to prevent more tragedies like this, regardless of the politics.”

Nearly 200,000 people signed a petition at the Obama administration’s “We the People” website set up for petitioning, in support of stricter gun control legislation. President Obama, in a speech, vowed to make gun control a “central issue” at the start of his second term of office and he would sign 23 executive orders and propose 12 congressional actions regarding gun control, one month after the shooting.

While the shooting was powerful enough to renew the debate about federal and state assault weapon bans and background checks, the reality is that even the killing of defenseless school children was not enough to break the stranglehold of the NRA.

As the Atlantic would report in March 2014, “That conversation has now come and gone. The result?”

“Perverse as it may sound, the horrific mass shooting in December 2012 at Sandy Hook Elementary produced a burst of state-level gun control bills around the country and then triggered a much stronger pro-gun backlash,” Paul M. Barrett reports at Businessweek. “The counter-reaction has now reached its apogee in Georgia. In the past year alone, 21 states have enacted laws expanding gun rights, according to the Law Center to Prevent Gun Violence. Several states added piecemeal provisions allowing firearms on college campuses or in bars or churches. Georgia’s politicians, egged on by the National Rifle Association, have gone for broke.”

Mr. Barrett argues, “The smart response is not scorn or exaggeration. For better or worse, gun ownership has come to symbolize a range of deeply felt ideas about culture and government authority. Making fun of people who view their firearms as emblems of liberty and traditional values (however they define those values) will neither change minds nor repeal legislation.”

The Atlantic adds, “In the aftermath of a gun tragedy, there isn’t anything wrong with proponents of gun control trying to persuade Americans to change their position in light of what happened. But after Newtown, many gun-control advocates tried to shame rather than persuade, as if the ‘correct’ position was obvious to everyone save retrograde idiots. On guns, that strategy has never worked.”

Maybe. The reality probably is a bit different. Researchers in the wake of Al Gore’s surprise loss in the 2000 Presidential Election probably discovered a better reason – while polling shows that gun control advocates outnumber gun rights advocates, the latter group holds their views much more strongly and their numbers are more important in key swing states.

The strategic importance of the NRA in key swing states and districts probably plays a much stronger role in the dynamics. The NRA is not a typical interest or pressure group. They spent very little on lobbyists and rely on their huge numbers of grassroots citizen groups to make their mark.

Truth is, I have always been a bit apprehensive on the gun control issue. My observations are that prohibitions rarely achieve their desired goals, especially when a culture of guns and gun violence are so pervasive in the American psyche.

Notions of an armed citizenry are inextricably linked to notions of liberty and freedom from government oppression. That these are ultimately based on false notions of history and false premises are of little consequence.

Nevertheless, I am uncomfortable in the ability of an organized interest group to hold reform legislation hostage. It is another hallmark of a dysfunctional political system that policy supported by such a heavy percentage of the population can be tied up and bound by one group.

In this case, the attack was not just about guns, the attack beginning with the stabbing deaths of three men in his own apartment prior to arming himself and hopping into his vehicle to kill more. Eliot Rodger, described in the press as a “hate-filled son of a Hollywood director, vowed in his video to exact his bloody vengeance against the sorority women who rejected him and the men who succeeded where he so often failed.”

He posted what was described as “a terrifying YouTube warning” in which he proclaimed, “You denied me a happy life, and in turn I will deny all of you life.”

There are reports of previous warning signs, run ins with authorities, even an attempt at intervention. In the end, while the nation will probably re-focus on the gun debate, each side digging in, the bigger issue that troubles me is the state of our mental health system and our inability to reach and help troubled figures such as Eliot Rodger or Adam Lanza before it’s too late.