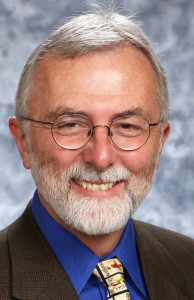 At the last council meeting, Chief Innovation Officer Rob White, at midnight, presented a staff report asking for the council to act on a proposed Request for Expressions of Interest (RFEI) on the Innovation Center.

Councilmember Lucas Frerichs expressed concerns about the process, “in particular with regards to the county.” He noted that this was taking place “on a number of properties  in the county. In terms of process, has this been… have we had these conversations with the county thus far? I’m not sure that has occurred and frankly I think it might need to occur as a local governmental partnership with our county partner in this case, before we… I’m all in favor of fast-tracking this and getting out to the public, we definitely need to get this moving.”

The issue got placed on the city-county two-by-two which met on Thursday morning. Mayor Joe Krovoza and Mayor Pro Tem Dan Wolk represented the city and Supervisors Jim Provenza and Don Saylor represented the county.

Rob White explained that the Innovation Park Task Force recommended several sites, including two where proposers have come forward at Mace 200 and the Northwest Quadrant.

“The problem that we’re hung up on here, the reason for this action is that we, the city, because of some of our legal regulations, mostly the CEQA law, precludes us from having a formal engagement around something that isn’t yet applied for,” Mr. White explained. “What we’ve done… is identify a way for our council to formally say to the public, here’s the things we think are important that in the last five years we’ve talked about.”

“The intent of bringing forward what we’re calling here a request for expressions of interest (RFEI),” he said. “The intent is not to make decisions, but go out and ask questions and find out publicly who might be interested in a discussion around one of those two locations or possibly something else.”

More importantly, he said, the county and city already have structures in place and he think they could bring the proposals to “this table” and allow the city and county to establish a community engagement process. He said, “For either one to proceed down a track without that framework discussion it sort of opens up conflict potential. We don’t have to do that.”

Supervisor Saylor noted that a few years ago the county proceeded with a general plan update studying the same areas we are discussing now, “and the city was not interested in that, in fact I was one of the people on the city council at the time so I know some of the discussions that happened and the community response to that consideration.”

Mayor Joe Krovoza pointed out, “These sites that we’re talking about are very calculated parts of our Innovation Park Task Force process that you set up at the city.” He said the idea was absolutely not supposed to be developer driven. The idea was for us to have a dispersed strategy.

He explained, “That was the public process that took place… Now the question is [if] anybody [is] interested in going to these places that have been identified.”

He noted that the city does want to engage the county in this process. “Let’s see if we got interest, and if we do, then let’s call the question,” he said. He noted that all of these would require a city vote of the citizens to implement anyway.

Don Saylor asked the question, “How would you do that?” He suggested bringing in the county planning commission, bringing all of the cards to this table and discussing it. He argued, “We’ve not engaged in this and we should in some structured way that involves the county and the city as government organizations.”

Supervisor Provenza argued that the only way he would be supportive of this is if there were “a substantial set aside of agricultural land” that would have to be paid for by the developer, that would be the bottom line. He expressed concerned about the development of farm land outside of Davis.

Supervisor Saylor suggested that between now and May 15 the staff from the city and county work together on integrating some of the considerations. In a move that seemed to back off from his previous comments, he said “I don’t want this to be interpreted as opposition to economic development in this area.”

Supervisor Provenza added, “I think the pass-through agreement really envisions this process of the county and the city working together.”

Mayor Krovoza added, “I feel like there needs to be much more significant staff sync-up here.” He was nervous that this might simply duplicate the existing process and added, “I can’t imagine a much more public process than the Innovation Parks Task Force.”

The meeting ended on a more conciliatory note, with Supervisor Saylor pushing for an integrated planning process from the beginning and talking about the amazing possibilities before Davis.