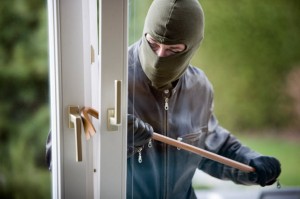 Mario Lopez first entered Yolo County Superior Court for his preliminary hearing on April 15, 2014. Lopez is a young man who is quick to smile, laughs, and exhibits a radiant “larger than life” personality.

His carefree nature was a persistent theme despite being a criminal defendant in Judge Reed’s courtroom. One can only speculate as to the reasons behind Lopez’ demeanor. Perhaps Lopez feels the evidence against him is so insurmountable to the point of humor or maybe these emotions are sourced in disbelief at the charges he is facing. You be the judge.

April 15, 2014, marked the beginning of an hours-long process of Deputy District Attorney Carolyn Palumbo questioning at least ten law enforcement officers from Woodland Police Department and the Yolo County Sheriff’s Department. Many of the officers testified to responding to burglary crime scenes in the areas of Woodland and Esparto, CA.

Testimonies mainly included officers conveying where they believed entry was made into various properties and what items the owners believed were missing. Officer Wilson of the Woodland Police Department testified that victim Andrea Wilson left her residence at approximately 8 a.m. on January 11, 2014, and returned later that day to find her sliding glass door window broken.

Upon further investigation, Officer Wilson testified that Andrea Wilson was missing a laptop and some jewelry. Now, like many of the other officers who testified to victims having claimed stolen property, many were not able to place Mario Lopez at the scene.

In these cases where Mario Lopez was not placed directly at the crime scene, his defense attorney, J. Toney, was quick to cross-examine the officers for information that might invariably fail to implicate his client.

For example, on the second day of this preliminary hearing, May 1, 2014, one victim’s property was believed to have been forcibly entered through the garage door.

Mr. Toney quickly questioned whether the garage was connected to the residence or if the owner had given anyone else permission to enter the garage around the time of the burglary.

The officer testified negatively to both questions, leaving the scale of justice at least still balanced for Mr. Lopez, but certainly not with any more favor. However, this preliminary hearing was far from over, with the amount of evidence in testimony directly involving Mario Lopez only to increase.

Perhaps the most direct piece of evidence potentially linking Lopez to a burglary came from Officer Latrele of the Woodland Police Department. On February 13, 2014, Officer Latrele received a phone call from a local storage facility that units had been burglarized.

When at the scene, Latrele located an abandoned bag that contained a cell phone. The cell phone contained pictures of Mario Lopez and items that resembled reported stolen property. One such photographed item was a “propane powered floor buffer,” a phrase that proved quite the tongue twister for DDA Carolyn Palumbo.

Furthermore, a GPS device placed Mario Lopez at a burglary scene on Parker St. in Esparto, CA, with records showing such. These GPS records are also of import where an alleged driver, with Lopez a passenger, testified he would not enter the residence on Parker St. because he was afraid of the consequences.

This was the driver of a car who was stopped by a Woodland police officer for speeding and running a stop sign, ultimately to have the passenger escape on foot, and to have a Remington shotgun be discovered in the trunk.   The escapee was claimed to be Mario Lopez and the shotgun matched one stolen from a nearby residence.

Judge Reed decided the evidence was in fact sufficient to hold Mario Lopez on all twenty counts of various burglaries and thefts. His arraignment is scheduled in Department 6 of Yolo County Superior Court on May 16 at 9 a.m. Will Mario Lopez’ laid-back nature continue? What’s next? Stay tuned to the Vanguard.

3 thoughts on “The Larger Than Life Burglar”