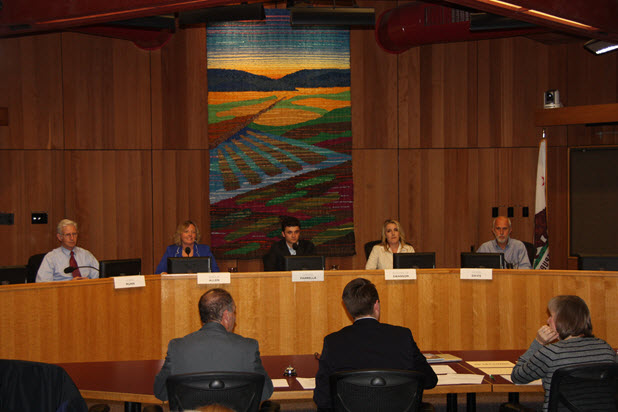 Back in early April, the five candidates for Davis City Council met for the first time to discuss the issues at a ChamberPAC forum moderated by Kemble Pope. Much has changed since then and the ChamberPAC in late April announced endorsements of Robb Davis, Daniel Parrella, Rochelle Swanson and No on Measure P.

It took no position on Measure O at the time.

“The Davis Chamber of Commerce Political Action Committee believes it is imperative that the Davis community has political leadership capable of fostering a community that is not only socially and environmentally sustainable, but also economically sustainable. Our community deserves elected officials and government staff who are willing and able to constructively work with community organizations and private industry to find solutions for current and future community challenges,” the ChamberPAC stated in a release.

In endorsing their three candidates, they wrote, “We are confident that each of these 3 candidates will focus on economic development efforts to improve the quality of life in our community, create more high-paying jobs, further cut city expenses and make difficult decisions to get us out of our current city budget crisis, as well as exercising sound judgment in hiring a highly qualified professional leader to become our next city manager.”

“While we commend John Munn and Sheila Allen for their willingness to continue their public service careers, we ultimately decided that they were not the right candidates to lead our community toward the three legs of sustainability during the next four years,” they write.

We now post the available video from the April 3, 2014 candidates forum:

Share:
Tags:ChamberPACCity Councildaniel parrellaElectionJohn MunnRobb DavisRochelle SwansonSheila Allen
Previous : City to Bring on Project Manager and Communications Consultant For POU
Next : Who bears the burden of a Yes vote on Measure P?