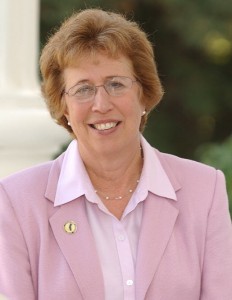 Senate Bill 1021 by Senator Wolk would restore K-12 school districts’ ability to levy parcel taxes at rates based on a land’s classification, after an appellate court issued a published decision in the case of Borikas v. Alameda Unified School District, holding that parcel taxes had to be assessed at a uniform rate for all types of parcels.  On June 12, 2013, the California Supreme Court denied review of Borikas, thereby making the Borikas decision final.

Legislation had initially stalled in the state legislature to modify the decision. Last summer, allowing a public hearing on the matter, the school board took action to ensure that all parcels of taxable real property will be assessed a uniform rate of $204 per parcel in accordance with Borikas.  Exemptions for seniors and the disabled remain unaffected.

Associate Superintendent Bruce Colby noted that the majority of the parcels will not be impacted.  However, the revisions to the parcel tax mean that the district will collect a flat $204 per parcel, meaning that the district will lose a large amount of taxes on the multifamily units which previously had been charged at $20 per unit, but now even large apartment complexes will pay a maximum of $204.  Smaller units will end up paying more.

“The parcel tax has been used for over 25 years to fund K-12 school districts, including Davis Joint Unified through Measure C. The parcel tax has also been used since 1988 to fund community colleges and 15 other agencies,” Senator Wolk’s office stated.

“The Legislature must act to restore this valuable revenue option if school districts are to continue to meet their communities’ educational needs,” said Senator Lois Wolk, the author of Senate Bill 1021.

Senator Wolk’s office explained, “For 25 years, K-12 school districts thought they could establish classifications for property such as commercial, residential, and industrial, and apply different parcel rates accordingly—so long as the same rate applied to all properties in the classification.”

However, “a court recently ruled that these differentiated tax rates are invalid due to a lack of clarity in existing state law.  SB 1021 restores most, but not all, of K-12 school district’s authority to levy parcel taxes using different rates based on property size, type, and use–so long as the same tax is levied on all properties of the same use, or at a lower rate on unimproved property. The measure applies only to school district parcel taxes imposed in the future.”

“Parcel taxes are critical tools for local revenue raising efforts, and have allowed districts to take steps locally to restore some of the deep cuts sustained over the last number of years,” said Andrea Ball with the California School Boards Association, which is sponsoring SB 1021.

However, it still faces strong opposition.

The California Chamber of Commerce has come out against SB 2012, labeling it a “jobs killer,” with concerns that raising taxes will also raise costs leading to higher rents, higher prices or layoffs.

“This bill is essentially split roll at the local level,” CalChamber Policy Advocate Jennifer Barrera explains in a video on the CalChamber website. “It would allow school districts to pass parcel taxes just against commercial property.”

“The bill allows the school districts to impose parcel taxes based upon square footage, use or if it’s an unimproved property,” Ms. Barrera says. “So you can see by the classifications that they could easily designate a parcel tax based upon a large enough square footage of property so that they include commercial property, but yet exclude residential property.”

The CalChamber continues, “The likelihood of a school district imposing discriminatory parcel taxes is evidenced by the recent case of Borikas v. Alameda Unified School District, 214 Cal.App.4th 135 (2013), in which the Alameda School District’s Measure H that sought to tax residential and commercial/industrial properties differently was deemed unlawful.”

“The risk of multiple, nonuniform, targeted taxes against unpopular taxpayers is exacerbated by the provision of SB 1021 that allows the district to treat multiple parcels the same if the parcels are contiguous or owned by the same owner(s),” they add. “Under this provision, a school district could aggregate multiple, smaller parcels owned by one owner to capture all the properties under a square footage parcel tax. Additionally, a school district could impose a parcel tax based upon the use of one parcel within multiple parcels owned by the same owner, even if those other parcels are not used for the same purpose.”