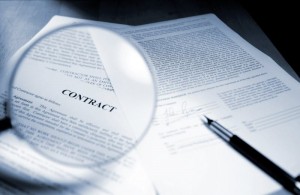 There has been a conventional belief that the city MOUs in 2012 did not go nearly far enough in terms of savings. We have made the argument repeatedly that the city got about as much as it could, particularly given where the council left off in 2009-2010 with very small concessions from employee groups.

However, one source this weekend reminded the Vanguard just how much of a heavy lift the council actually made.

In 2010, the Vanguard ran a story, “Davis’ Cafeteria Cash Out Plan Dwarfs That Paid by Other Cities.”

The cafeteria cash-out plan applies to those employees who are covered under the health plan of a spouse.  Since they do not need to take that particular benefit, the city compensates them in cash payouts. As recently as the pre-2009 MOUs, the city paid out the entire cost of the benefit to employees, $1,774.12 per month.

There has been a lot said that the city of Davis, while generous in its pay and benefits, has merely given out what other cities have. However, this was not the case for cafeteria cash outs; when the Vanguard did a quick survey of eight other communities, no one gave out more than $565 per month and some gave out nothing.

There is something to be said for an inducement to take a small quantity of cash rather than the full health benefit, but the city gained zero advantage giving out the full cost.

But that did not go nearly far enough. So one of the biggest savings was that, in the last round of MOUs, the city reduced over time the cash out from $1483 down to $500. This is not insignificant as it produced $1.7 million in savings.

If you are an employee, this is a major hit. For many, it meant nearly a $1000 cash reduction in pay or nearly $12,000 for the year. That represented a take home pay cut up of up to 30% for many employees.

This was, however, not the end of the changes.

After 2009, the city was still picking up a portion of the employee share of the retirement costs. In the 2012 contract, miscellaneous employees’ share went from 5 percent to 7 percent on January 1, 2013 and then to 8 percent on January 1, 2014. The city did agree to offset that immediate cost by giving a 2% pay increase, however, as over time picking up that share of the employee costs will save the city money.

The city also implemented a two-tier retirement benefit for everyone except DCEA and Fire because the city could not impose that benefit. The new benefit for non-sworn employees is a 2% @ 62 formula and sworn employees is 2.7% @ 57. CalPERS estimates that this will save jurisdictions 4.7 percent annually.

Again, that is a benefit that the city will realize down the line.

In addition, the city watered down retiree medical benefits. In 2012, retiree health consumed 20 percent of payroll. The new contract brought it down to 17.25 percent. These are substantial savings that ended up coming directly out of the pocket of employees.

Health costs have risen at an alarming rate and continue to increase. The city council identified a need to effectively manage health benefit costs while maintaining comprehensive coverage for all employees. To help rein in escalating health benefit costs while maintaining coverage for all employees, the agreement created a 50/50 cost sharing provision with future increases to health care costs shared between the city and the employee.

There is still a belief that the city could have gotten more – but from our vantage point the city got a lot and did so with only two bargaining units going to impasse. Moreover, despite the labor differences, the firefighters’ union only backed one candidate and that candidate finished fourth. The firefighters only contributed $100 to Sheila Allen’s campaign, a far cry from previous efforts.

Contrary to one line of thought, the source indicated that it was remarkable that the council and city made as much progress as they did in only one round of negotiations.

As we move forward, we are only a year away from the expiration of the five current labor contracts. There has already been talk about the council finding additional savings with DCEA and fire.

However, one labor leader in the city pushed back that the city needs to lay out more clearly its vision for the future of employee compensation. Understandably they are concerned about the impact of future cuts on the ability, particularly, of low-level employees to make enough of a living for it to be worth staying on as employees.

While the public may disagree with this premise, it behooves the city to lay out their cards as soon as possible so there can be an informed discussion and decision making.

74 thoughts on “Analysis: Last Round of MOUs Went Further Than You Think”