A budget deal was reached on Sunday night, about six hours before the deadline that in the past has often come and gone. The plan represents a compromise between Governor Jerry Brown and the Democratic Majority in the legislature, who now control the complete budget process due to changes in the law that allow for a majority vote as long as there are no new revenue measures.

The problem includes more money for programmatic priorities for the Democratic legislature: high-speed rail, Medi-Cal and welfare-to-work, and an expansion of child care and preschool for poor children.

It begins to deal with the $74 billion shortfall in the teachers’ pension fund and adds $1.6 billion into a rainy-day fund. 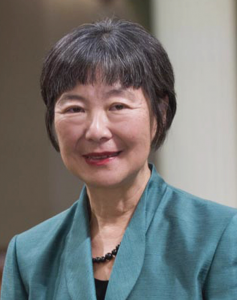 Assemblymember Mariko Yamada issued a statement yesterday evening: “Today, the Assembly passed its fourth consecutive on-time, balanced budget after months of hearings and an exhaustive review of state priorities and revenue assumptions.  Unfortunately, there are always more asks than assets, so our challenge as legislators is to allocate resources fairly among many critical and competing needs.”

“Casting my final budget vote as a Member of the State Assembly, I can say with confidence that this budget is responsible, restrained, and puts resources into two of my top priorities—the Napa State Hospital and the Sonoma Developmental Center,” she said.

“While this budget also puts California’s children and working families further along the path to recovery, we have fallen dangerously short in meeting the needs of our state’s rapidly aging population,” Assemblymember Yamada warned.  “The ‘silver tsunami’ is here, and our current services are simply inadequate.  These needs will only become more desperate in the months and years to come.” 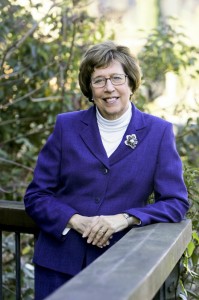 Senator Lois Wolk stated, “For the first time in many years, California has a responsible, sustainable budget that also invests in our future. The 2014-15 state budget manages to continue to pay down our state debt and build our reserve while addressing funding gaps left after years of budget cuts to California’s public schools, courts, and social safety net.”

“The budget funds front line law enforcement to assist in realignment in cities throughout the state, reimbursements to local governments for pre-2004 state mandates, the expansion of preschool access for low-income families, and invests in our state’s public libraries and urgently-needed emergency drought response,” Senator Wolk added

“This budget also provides funding for transit and intercity rail that will increase connectivity throughout the state, providing affordable transportation options for commuters and other Californians, continues an existing property tax exemption for solar power generation for ten years, and maintains funding for a program that provides young Californians with the education and training to pursue careers in California’s thriving agricultural industry,” she continued.

Finally she noted, “Additionally, of special importance to my district, this budget takes the important step of strengthening the state’s railroad safety inspection force to help ensure safe transport of crude oil and providing staff at Napa State Hospital and other state hospitals a secure setting in which to more safely provide care to highly aggressive patients.”

“The leaders of the Legislature have worked very hard to build a solid and sustainable budget that pays down debt, brings stability to the teachers’ pension system and builds at long last a reliable Rainy Day Fund,” said Governor Brown.

“This budget proves once again that negotiation and cooperation can achieve a great outcome. This budget pays off debt, puts money in the Rainy Day Fund and invests in many priorities, with a clear focus on our children. We’re expanding preschool for our youngest and career pathway programs for our older students,” said pro Tem Steinberg.

He would add, “In addition, we’re changing the course of our failed corrections system with better solutions to help offenders become productive citizens, and making smart investments to fight climate change with permanent funding for mass transit and affordable housing. I want to thank the Governor, my Senate colleagues and the Assembly for working so well together in reaching an agreement that strikes a solid balance of avoiding the deficits of the past while creating a brighter future for Californians.”

“For the first time in almost a decade we make real investments in our people. We help reduce child poverty, so every child can learn and grow to reach their greatest potential, and we improve preschool, and child care for working families,” said Speaker Atkins.

“The budget reinforces our commitment to the veterans who have served our country, and to the students who will write the next chapters of our country’s history. Just as important, we invest in California’s infrastructure and significantly boost affordable housing, which not only makes life better for families, it helps create jobs,” said the new speaker. “We were able to make these investments while reducing the debt hanging over our head and building a strong reserve for emergencies. For years California’s budgets were about getting out of a hole. This budget is about building a foundation for the future.”

Here are some details of the budget that was approved Sunday that goes into effect on July 1.

Education: Increases school funding by 10 percent to $58.3 billion in the current year and $60.9 billion in the fiscal year that begins July 1. Included in that funding are an additional 7,500 full-day preschool slots this year and 4,000 part-day slots next year.

Health: Includes $438 million to fund expansion of MediCal under the federal health care overhaul. Included in that funding are an additional $35.7 million to expand patient capacity at state psychiatric hospitals.

Human services: The budget will increase CalWORKs welfare grants by 5 percent, in high-cost counties from $670 to $704 a month for a family of three. The compromises ended up rejecting the governor’s proposal to forbid overtime for in-home health care workers and defers debate over other aspects of the growing program until after the budget is completed.

Higher education: There will be no tuition increases for CSU or UC. It increases funding for UC and CSU by $142.2 million each. The budget forbids CSU from enacting new campus-based “student success fees” until at least 2016. Included in that funding are an additional financial assistance for low-income students by 12 percent, to $1,648.

Oil by Rail: The budget applies a 6.5-cent-per-barrel fee on oil that arrives by rail with the money going to oil spill response and prevention.

State workers: The budget will transfer 291 positions and $202 million from the health department to the State Water Resources Control Board to run the state’s clean drinking water program.

Miscellaneous: The budget includes a $2.1 billion reserve. Removes a requirement adopted last year that undocumented immigrants applying for a driver’s license obtain an affidavit declaring that he or she has never had a Social Security card and is not eligible for one.