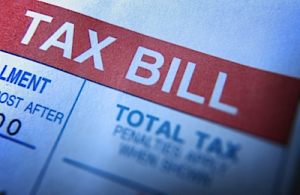 Given the developments this week in the city parcel tax controversy, I’m glad the Davis Vanguard decided to rethink its position on how the city addresses its next huge fiscal challenge of fixing potholes and pools and rebuilding Davis’ civic infrastructure.

On June 8, the Vanguard, in a piece titled “Council Needs to Step Up With Parcel Tax,” argued that the city should go fast, and go big, with a new parcel tax this November to finance a backlog of deferred maintenance and infrastructure projects.

“The next step in the road to sustainability is passing a parcel tax that can fund $5 (million) to $8 million in roads, a still untold amount on parks, as well as other priority capital needs,” the Vanguard argued. We were told that the discussion “has to happen fast because the time is ticking” to put a measure on the November 2014 ballot. “The city clearly needs it,” the Vanguard contended. “If the city is going to run this the right way, it needs to form a campaign committee, hire a consultant, do real public outreach and education from July until September, and do a vigorous campaign this fall.”

At the time, the Vanguard ruled out waiting for a later election. “Some have suggested they need to wait until more (city budget) cuts are made, but that means putting off the tax until June 2016, when we will be looking at tens of millions, if not hundreds of millions, in additional roadway repair costs.” This was said to be the case because “road repair costs will continue to soar between the 8 percent inflation on asphalt and the more exponential increase in costs as roadway conditions continue to decline.”

I wrote a rebuttal which the Vanguard generously published on June 13, titled “Not So Fast – Why a Slower Track for a Second Tax Vote Makes Sense.” In that commentary, I made it clear that addressing the city’s backlog of projects is the responsible thing to do, but that the Vanguard was advocating a needlessly risky approach that sacrifices sound and orderly fiscal planning and cuts short any meaningful opportunity for community engagement in a discussion of what millions in new tax money would be spent on.

The panicky warnings that we had to act immediately because of 8 percent annual increases in asphalt costs were unwarranted, I argued, given that asphalt costs are lower now than 18 months ago. My view is that rushing headlong into a ballot fight over a large-scale infrastructure package without sound planning and outreach to the community would miss opportunities to make smarter decisions about the use of precious city dollars, such as opportunities to negotiate public and private partnerships on some projects. I contended that such a rush to judgment would also risk voter defeat of a new tax measure that could set back progress on fixing Davis infrastructure for many years.

Tuesday night’s City Council meeting made it all the more apparent why the Vanguard was wise to reverse its go-fast-and-go-big approach.

As the Vanguard has dutifully reported, the city’s polling consultant found that a ballot measure along the lines it has advocated would lose resoundingly. A parcel tax requires two-thirds voter approval. But an omnibus ballot measure seeking a $149 per year parcel tax hike would be supported by only 46.5 percent of voters and be opposed by 44.1 percent. Scaling such a measure down to $99 per year would attract the support of 58 percent of Davis voters, but that would still be far short of the two-thirds margin required for it to pass.

Strikingly, some of the specific proposals that have surfaced to help attract voter support seem to be getting a yawn from the Davis electorate. Some may even turn off voters. Support for a new parcel tax measure would drop slightly if it included money for construction of a new 50-meter swimming pool or a new sports complex, the pollsters found.

Some commenters at Tuesday’s council meeting attributed the low poll standings to the fact that the marketing research firm, Godbe Research, went out into the field just days after the voters approved Measure O. Obviously, that could have dampened the support for a second tax measure a bit. But an equally viable theory at this point is that the ceiling for support for increasing taxes in Davis at this time is limited to about 59 percent of voters. The 58 percent support for a more limited parcel tax shown in the poll is almost exactly the “yes” vote for Measure O.

The Vanguard’s initial claims that we couldn’t afford to wait on a ballot measure because of dire impacts to roads were also refuted by city Public Works Director and City Engineer Bob Clarke.

Clarke was asked by the City Council on Tuesday what impact there would be on city roads if a ballot measure including money for roads was postponed until next year. He advised them “I don’t think that would be a significant impact” in part because the $4.7 million included in the 2014-15 budget plan approved on Tuesday would keep city staff and contractors busy.

Trying to frontload heavy levels of spending on roads in the near-term isn’t possible, Clarke explained to the City Council. He cited the disruption to citizens and commerce of attempting to do so much roadwork all at once on city streets, saying that going too fast would have a “negative impact on the community.” Going forward at a more reasonable pace might also bring opportunities to leverage the use of the city’s road funds, he indicated, such as coordinating work with utility crews that regularly tear up city streets. “You can’t fix everything in two or three or four years,” Clarke observed.

None of this constitutes a reason to back away from the carefully thought-out plan set in motion by the City Council last year to address the city’s pavement rehabilitation needs. The measured approach the Council has taken to solving the city’s road and bike path pothole problem makes lots of sense.

Based on the grim poll outcomes cited above, the Vanguard is no longer demanding a quick vote on a large-scale infrastructure package. “A November campaign is probably out of the question,” the Vanguard concluded yesterday in its latest commentary, titled, “Parcel Tax is in Trouble and the Council Should Look At Themselves.”

I agree caution is in order. If we are going to solve our problems in an effective and cost-effective way, the city should take the same analytical, deliberative, and inclusive approach to addressing our other deferred maintenance and infrastructure needs that it took in drafting its plans to improve pavement. If takes some more time, so be it.