Despite claims that the passage of Measure P would spell the end of the surface water project, on Thursday night, the city’s General Manager of Utilities, Herb Niederberger told the seven-person URAC (Utility Rate Advisory Committee) that he was told as recently as Thursday morning that as long as the city has rates in place with no pending legal challenge by October 1, that the city would get low interest loans through the State Revolving Fund through the Clean Water Act.

There remains considerable question as to whether the board would approve such funding.  The Vanguard was told earlier this week that the city did not qualify due to the fact that they have put in place a DBO (design-build-operate) with a private operator and that Woodland qualified for their low interest loans due to the high concentration of nitrates in the water supply.

However, to even get that far, the city would need to arrive at new rates by July 1 and put forth a Prop 218 process.

Also looming is the question as to whether Michael Harrington or other potential litigants will challenge the validity of Measure I. In question is language in Measure I which gives the city permission to proceed with the water supply project “subject to the adoption of water rates in accordance with the California Constitution (Proposition 218).” With no rates in place now, the question is whether the measure is now nullified.

On Thursday, the URAC spent much of its time learning about the rate structures. They received a very brief presentation on the alternative CBFR proposal from Donna Lemongello and Matt Williams. The members seemed split on the new CBFR.

Greg Clumpner suggested that the Measure P vote represented a rejection of the entire CBFR concept, and he was concerned that we are simply doing something similar with a few tweaks.

Elaine Roberts Musser, who chairs this body as she chaired the WAC, lamented that during their discussion at the WAC they voted to support the best rates without consideration of politics. She stated that she voted against the original CBFR because she felt the timing was not right, there was a political minefield, and that it is important this time around to take into consideration the political climate.

Councilmember Brett Lee explicitly directed that they could not consider a rate structure with a look-back and wanted to see both a tiered and no-tiered option. Councilmember Lee stated clearly, “The current CBFR is precluded because it has the look-back.” He indicated that the modified structure proposed during public comment that night by Donna Lemongello and Matt Williams was acceptable.

Councilmember Lee wanted the URAC to examine the modified CBFR and examine and recommend a rate plan with no look-backs and a 12-month window. But just two days later, the Vanguard was forwarded, by multiple people, an email from Herb Niederberger, the City’s General Manager of Utilities that cast doubt on whether that can happen.

He states, “Even minor fluctuations from historical demand result in catastrophic losses in revenue.” He adds, “Staff would never recommend such a structure to City Council.” 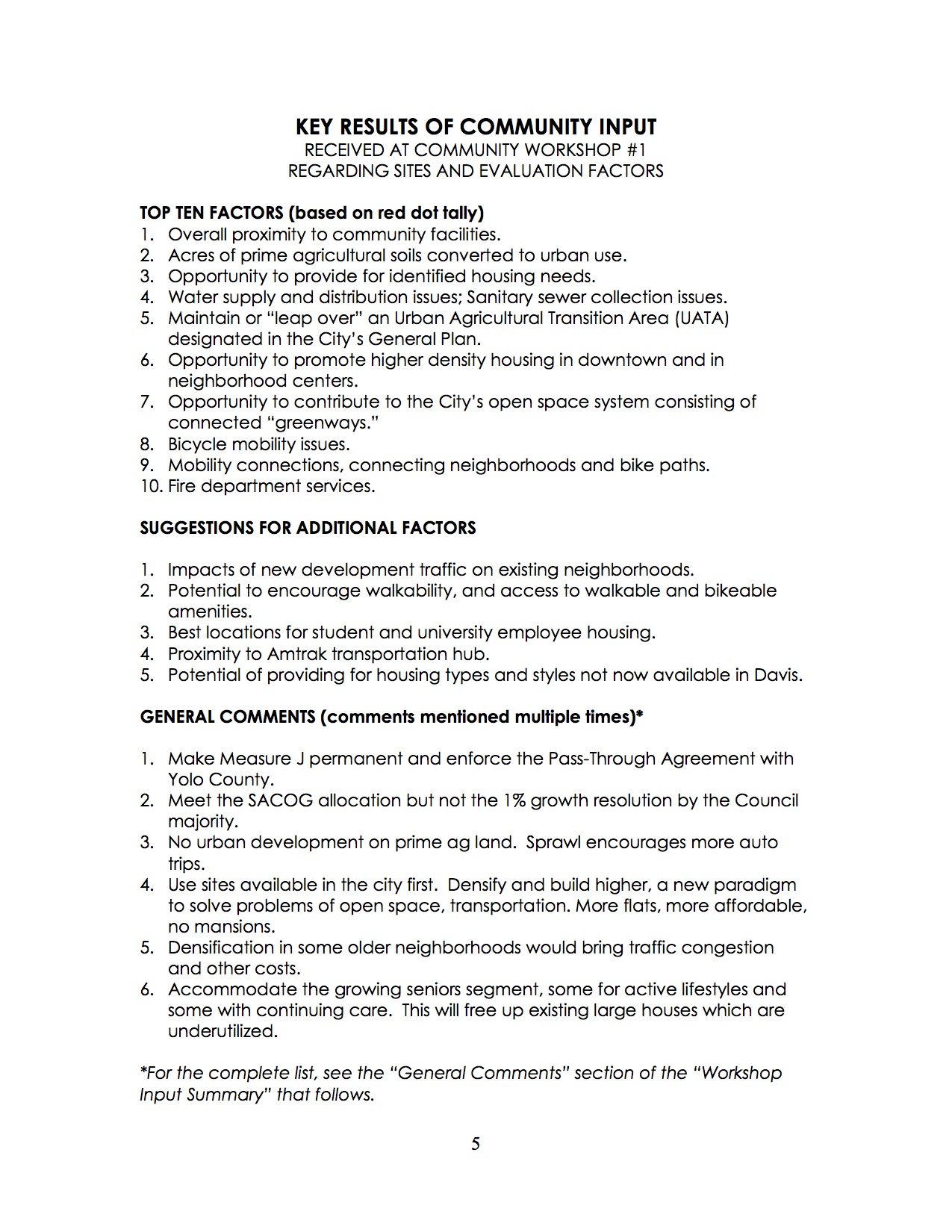 While the URAC will meet in a week to hammer greater detail, based on the discussion on Thursday, it would be difficult for the group to get up to speed enough to make an informed recommendation. Sensing that very problem, URAC Member Johannes Troost suggested the creation of a chart that mapped out the various options, the features of each option and potential downfalls. Back in 2008 the Housing Element Steering Committee used a similar chart very effectively to organize both the Committee’s thoughts about housing sites, but also to promote community dialogue about housing issues.

In the meantime there continues to be uncertainty about where this process will go and what legal challenges are ahead.

Mayor Joe Krovoza told the Bee on Wednesday that he had spoken with Tom Stallard, a Woodland City Councilmember, in an effort to assure Davis’ partner that Davis “remains supportive of the project and that we will be moving forward.”

“There is no reason for Woodland to think we’ve jumped ship. The partnership is still strong,” Mayor Krovoza told the Bee on Wednesday, adding that the city will “come up with a rate structure that is more acceptable to the public.”

He would add, “Even if P had failed, there was the sense for the Council that people weren’t comfortable with the rate structure… There was a sense that a (yes) vote could happen and there was an interest in getting this right instead of continuing this 50-50 argument in the city.”

The city had warned of dire consequences if Measure P did not pass.

Staff continued, “City staff has reviewed the fiscal and legal impacts if Measure P were to pass and has determined that the passage of Measure ‘P’ could have several adverse cost impacts. These impacts assume that the City will not be able to timely adopt new water rates that fully cover the upcoming costs of the DWWSP [Davis-Woodland Water Supply Project] and provide this funding within the timelines necessary to avoid a default on the City’s obligations for this project.”

Staff estimated that it would take 75 to 90 days (two and a half to three months) to adopt new water rates.

The city highlighted several key impacts.  First, “Davis will not be able to proceed with financing of the DWWSP and will not have funds to proceed with the remainder of the Davis Water improvement projects.”

They said that there are huge financial impacts of up to $25 million for the city of Davis, but the bigger problem is that damages to Woodland would be around $50 million.

City staff estimated, “Davis would likely miss the opportunity to finance the DWWSP and other water improvements at the lower interest rates. this has the potential to cost Davis residents over $100 million in long term project costs.”

However, on Thursday, the tone had changed, with Mr. Niederberger clearly indicating that things would be all right as long as the council followed the strict timeline of having a rate structure ready to enter the Prop 218 process by July and in place with no legal challenges by October 1.

Why no legal challenges and whether that is even possible remains to be seen.