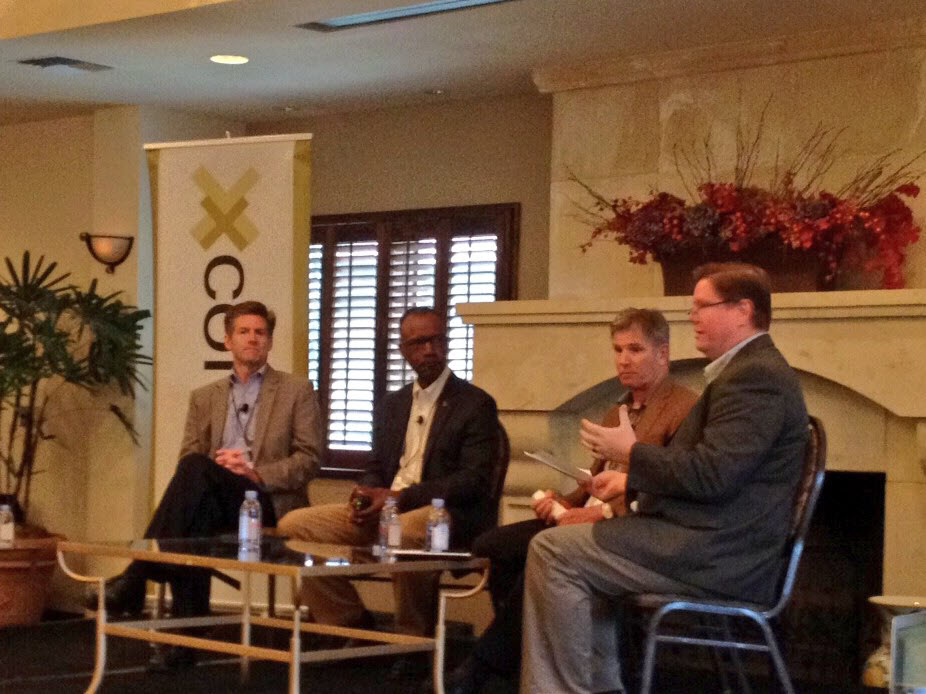 I wrote last week about a set of articles published a few weeks ago in the Xconomy online magazine. The articles covered innovation efforts being conducted in Davis and the Sacramento region and highlighted UC Davis, the City of Davis, Davis Roots and the Sacramento Area Regional Technology Alliance (SARTA), among others. The articles were part of an ongoing special series by Xconomy (which focuses exclusively on technology) that highlights efforts of regional innovation clusters around the US and globally.

As previously noted, the articles on Davis and Sacramento were due in large part from conversations held over the last few months between Dr. Dushyant Pathak, Associate Vice Chancellor, Technology Management & Corporate Relations at UC Davis and the writers at Xconomy, specifically Wade Roush. If you missed the Xconomy articles, you can find them here: Sacramento-Davis Corridor, Sacramento Innovation, The Davis Dilemma.

One result of the Xconomy articles was that I was asked to be a moderator at their Napa Summit focused on Technology, Jobs and Growth, held in Yountville on Monday, June 2nd and Tuesday, June 3rd. As a moderator, I was not charged for attendance and only paid for my overnight stay.

As described on the Xconomy web posting about the Summit,  the “Napa Summit 2014 is an intimate and interdisciplinary gathering where passionate tech and life science entrepreneurs, executives, and investors join to talk through today’s biggest challenges and brainstorm about the future. Together we’ll examine the state of the global economic recovery and work through looming challenges in areas like education, energy, aging, healthcare, genomics, food, cybersecurity, R&D, and investing strategy.”

The summit was attended by about 100 people and I found out after arriving, included several representatives from Davis and Sacramento, including Meg Arnold of SARTA, Dr. Pathak of UC Davis and Dave Morris of techDAVIS. Sponsors of the Napa Summit included Silicon Valley Bank, General Electric and Intel.

You can learn more about the Summit here.

The morning sessions on Tuesday kicked off with a talk by Guy Kawasaki, which many of you know from Apple fame. He is now the Chief Evangelist for Canva. He shared some of his experiences while working for Steve Jobs and gave a ‘Top 10’ list of things every organization should do to embrace innovation.

Immediately following Kawasaki’s talk, the panel I was moderating took the stage. Try being a moderator trying to following someone of world renowned fame as an innovator and make your topic interesting! I was fortunate that the panel focused on “Innovation, Geography, and Equality,” and included a stellar group of gentlemen, including: Mike Finney from Michigan Economic Development Corporation: Steve Ciesinski from SRI International (SRI); and Jon Haveman from Marin Economic Consulting. These speakers are recognized experts in their respective fields and the panel went very well. I was also given an opportunity to speak a bit about Davis and took the opportunity to highlight the other Davis and Sacramento representatives in attendance.

At the conclusion of the panel, each of the panelist stated to me that they were interested in learning more about Davis, and Ciesinski specifically opined that there were some obvious opportunities for collaboration. If you aren’t familiar with SRI, here is an excerpt from their website:

SRI International is a nonprofit, independent research and innovation center serving government and industry. We provide basic and applied research, laboratory and advisory services, technology development and licenses, deployable systems, products, and venture opportunities. SRI bridges the critical gap between research universities or national laboratories and industry. We move R&D from the laboratory to the marketplace to create high value and real innovation. And the platforms we build today are designed to meet tomorrow’s needs. For example, an artificial intelligence project for DARPA led to the development of Siri for Apple’s iPhone.

Not surprisingly, SRI and UC Davis faculty already has several previous and ongoing research collaborations. It will be the City’s goal now to help to facilitate or enhance these ongoing relationships which may lead to additional research funding and new company formation. It will most certainly expand the network of Davis and the local innovation companies, hopefully leading to new investments in Davis and Sacramento from the Bay Area.

The rest of the day was filled with more panels and speakers and I made well over 20 new connections, all of which have directly relevant applicability to the Work Program and Action Plan that the City Council recently approved for City staff’s efforts.

All of this is intended to lead to increased networks for Davis, which usually leads to increased collaboration and eventually investment. Being present makes Davis that much more appealing and competitive… and many investors and researchers default to those that are ‘top of mind’ as people look for new opportunities.

If there is one thing I learned from my time working in the East Bay, it is that being involved and active in the ecosystem of those making the decisions about funding and investment is the biggest determinant of success. Cities that had constant representation at events and were highlighted heavily in the regional media found more businesses moving their operations in to that jurisdiction. Even CEOs and investment bankers want to be in a place that has a name and is thought of positively.

To have Davis not only be involved, but also take on a leadership position that puts the City front and center is of very high value. It creates a buzz and a desire that can rarely be achieved any other way. And it establishes the City as a leader in innovation, which in turn will drive more companies and entrepreneurs to consider Davis as an up and coming place for investment and growth.

I look forward to your comments and questions. My email is rwhite@cityofdavis,org if you choose to email me directly.

2 thoughts on “Davis in Demand”