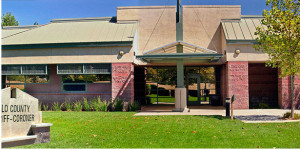 Early Friday morning, the Vanguard was informed that defendant Justin Gonzalez, who awaits the verdict in the co-defendant gang trial, was allegedly slammed into a wall as a Yolo County Sheriff’s Deputy, Sgt. Masterdale, was searching the in-custody defendant. He allegedly found only a small Bible in Gonzalez’s pocket.

Justin Gonzalez is one of four young men accused of second degree robbery and assault with great bodily injury, along with a gang enhancement. The incident was caught on video outside of a 7-Eleven, however the case hung in the first trial last fall.

Last week, the case went to a jury for the final decision.

The Vanguard was told that Justin Gonzalez, sobbing to his father via phone, claimed that the deputy even boasted, “go ahead and file a complaint, it comes to me anyway so what are you going to do now?”

Despite the serious nature of the allegations, Mr. Gonzalez is without a witness walking by who saw the incident taking place and would be willing to testify.

Sgt. Masterdale allegedly told other inmates to “keep walking….mind your own business!”

Mr. Gonzalez’s family claims, “Justin has also been denied medical attention on several occasions while incarcerated and we have just given up at times to fight for help…we now just put enough money on his books so that he can get food his stomach can tolerate. But,” his father said, “emotionally,we have given up at times…we have tried everything….there is nothing else we can do at this point.”

“Because of Justin’s past injuries from a shotgun wound, he suffers medical complications. The Deputy slammed his face against the hard wall and pushed his arm up high enough to hurt him,” stated his father.

But, Justin’s father added, “And for what? Having a Bible in his pocket? That is all he has left to cling to.”

The attorney for Justin Gonzalez, Keith Staten, had instructed him to keep filing complaints, but they have gotten him nowhere. He will be filing a complaint about this incident in the hopes, as his family prays, Internal Affairs will investigate the incident and the deputy will be reprimanded.

“Justin has been no innocent kid at times and has gotten into trouble, he is working on changing his life and has been studying with a local congregation a few times a week while in the jail. It is that congregation who gave Justin the small Bible,” stated Justin’s father.

Mr. Gonzalez, who has often been seen in court looking jaundiced and tired, remains hopeful because of his faith. His father says, “It’s all he has, all we have right now.”

Justin Gonzalez is one of the defendants who faces the charges of robbery and assault on a Woodland man. Trial in the case concluded on Wednesday and the jury is still out in deliberations.

On Friday, jurors had questions about the evidence but still no verdict. Deliberations continue on Monday morning.