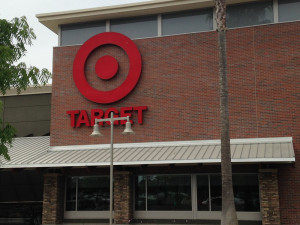 In response to recent news stories covering examples of Target’s policy of permitting open carry of automatic weapons and ammunition within their stores in Texas, I decided to do a little local research into the position of our local Target.

I am aware that California law does not permit open carry so I will not be encountering openly armed individuals in the aisles of Target Davis anytime soon.

However, I was interested in the position of the local store with respect to this issue.

On Friday, I spoke with an assistant manager of our local Target who was unaware of the controversy. I asked him if it would be possible for me to arrange for a table in front of the Target with information on gun safety. His response was that he did not believe this possible because Target has a “no solicitation” policy in order to provide a “distraction free shopping experience.”

Now, I realize different people will find different stimuli distracting. However, it is difficult for me to understand how encountering an individual armed with a loaded automatic weapon walking down the aisles of a Target would not be at least as “distracting” as would be a table placed outside displaying material on gun safety which could be approached or not approached by shoppers per their preference.

On any given day, my response to the information table would vary from stop and chat to walk on by without a single glance, depending on my degree of interest in the displayed information and the amount of time I had available.

My response to the heavily armed individual would be one of disbelief and fear. I have no way of knowing what this individual’s motivation is. It could be that this is a happy Target shopper who just forgot to take off his or her weapon on the way to pick up diapers.

But could it not equally well be a disgruntled former employee out to shoot members of management, or someone with a serious mental illness out to shoot as many people as possible prior to killing him or herself?

How about someone who thinks they are practicing gun safety, but who trips and accidentally discharges their weapon?  I would certainly find any of these scenarios “distracting” enough to abandon my purchases and head rapidly to the nearest exit with no intent to ever return.

On another note, I wonder whose basic rights are being protected by these policies.

Our Constitution has incorporated a number of basic rights to which we all are entitled.

Our First Amendment states: “Congress shall make no law respecting an establishment of religion, or prohibiting the free exercise thereof; or abridging the freedom of speech, or of the press, or the right of the people peaceably to assemble, and to petition the Government for a redress of grievances.”

Our Second Amendment states: “A well regulated Militia, being necessary to the security of a free State, the right of the people to keep and bear Arms, shall not be infringed.”

So it would seem to me that, while the current Target corporate policy is to respect the current understanding of the Second Amendment, it is completely oblivious to the principle of the First Amendment.

Is this kind of inconsistency in protection of our basic individual rights appropriate? Is the toy aisle of a Target a desirable place to be carrying loaded automatic weapons?

Does the unarmed portion of the population perhaps have some “right” to feel safe and secure as they shop for presents, toys and children’s clothing?  Why is a table in front of the store more distracting than a gun on the hip in the store? Why is “undistracted shopping” reserved for gun advocates but not for those wishing to discuss safe gun use?