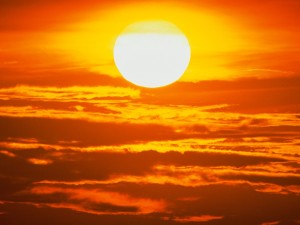 In a sweeping move, the EPA will announce later today that it will mandate power plants in the US to cut carbon emissions by 30% by 2030.

The Wall Street Journal reported this morning that the rule will set “in motion the main piece of President Barack Obama’s climate-change agenda and is designed to give states and power companies flexibility in reaching the target. But it also will face political resistance and become fodder in midterm congressional races, particularly in energy-producing states, and is destined to trigger lawsuits from states and industry that oppose it.”

“Earlier this month, hundreds of scientists declared that climate change is no longer a distant threat, it has moved firmly into the present,” the President stated in his weekly address. “Last year I put forward America’s first climate action plan, this plan cuts carbon pollution by building a clean energy economy.”

The President argued that, while this is a good start, “for the sake of our children we have to do more. This week, we will.”

“Today about 40% of America’s carbon pollution comes from power plants,” he said. “But right now there are no natural limits to the amount of carbon pollution that existing plants can pump into the air we breathe. None.”

A year ago the President called on the EPA to address this gap in policy by coming up with common sense guidelines, along the lines of efforts already taken by many states, cities and companies.

He said, “These new commonsense guidelines to reduce carbon pollution from power plants were created with feedback from businesses, and state and local governments, and they would build a clean energy economy while reducing carbon pollution.”

According to the Wall Street Journal, “The rule, scheduled to be completed a year from now, will give flexibility to the states, which must implement them and submit compliance plans to the EPA by June 2016. States can decide how to meet the reductions, including joining or creating new cap-and-trade programs—which allow companies to trade allowances or credits for emissions—deploying more renewable energy or ramping up energy-efficiency technologies.”

They added, “Each state will have different reduction standards, and the national average will be 25% by 2020 and 30% by 2030, people familiar with the proposal said. Additional details about the rule, including the percentage reduction for each state, and other particulars on how it would work, weren’t available.”

The President has attempted to cut greenhouse gas emissions substantially by 2020, but his efforts at the start of his second term in office quickly became bogged down in Congress. By going through the EPA, the President effectively bypasses Congress.

However, as the New York Times analysis noted, “By itself, the President’s plan will barely nudge the global emissions that scientists say are threatening the welfare of future generations.”

“Is it enough to stop climate change? No,” Ted Nordhaus, chairman of the Breakthrough Institute, an environmental think tank in Oakland, told the Times. “No political leader in the world has a serious agenda to do that.”

“It is clear Mr. Obama’s immediate goal is not to solve the emissions problem, but to get the country moving faster in the right direction,” the Times wrote. “The new rule alone offers little hope that the United States and other nations can achieve cuts on a scale required to meet the internationally agreed limit on global warming.”

On the other hand, experts believe this plan will help President Obama accomplish an interim goal of achieving the 17 percent reduction of greenhouse gases by 2020.

The Times writes, “Mr. Obama’s effort is aimed not just at charting a new course inside the United States, but at reclaiming for the country the mantle of international leadership in battling climate change. If the policy coaxes more ambitious goals from other countries, experts say it could be a turning point.”

“He’s the first American president to permanently push down the U.S. emissions trajectory and get us within striking distance of the kind of global leadership that will be needed to tackle the problem,” said Paul Bledsoe, an energy analyst with the German Marshall Fund of the United States he adds.

These announcements come at a time when scientists believe that the planet has reach a critical turning point. Right now, nations have set a goal of limiting the warming of the planet to 3.6 degrees Fahrenheit above pre-industrial temperatures. In order for that to happen, global emissions would need to peak by 2020 and then decline.

That does not appear likely.

The Times reports, “Today, emissions are not falling nearly fast enough in the West, and those reductions are being swamped by a rapid rise in the East. Experts say that a global peak in 2020 is exceedingly unlikely, if not impossible — and that will be true even if the United States and other nations manage to keep the pledges they made in 2009.”

They add, “Well into the 2020s, it will still be technically possible to meet the global warming target, but the longer nations put off taking bold action, the more expensive and disruptive it will be to do so once they finally get serious.”

Share:
Tags:Carbon EmissionsClimate ChangeEPAPresident Obama
Previous : Analysis: Where Does the Assembly Race Stand?
Next : Talamantes Guilty of Murder in Guilt Phase of Trial

135 thoughts on “EPA to Propose Broad Reductions in Carbon Emissions”