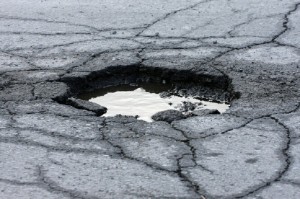 On Tuesday night, the council held a preliminary discussion in advance of next week’s workshop/study session on an additional tax measure potentially to be placed on the ballot in November.

On Tuesday’s council agenda is a discussion for putting a tax measure on the November ballot.

Staff recommends that council “consider a parcel tax that would fully fund the parks maintenance budget and/or a parcel tax that would provide substantial funding for unfunded capital needs, including road maintenance, bicycle paths/trails, and other priority capital projects,” and “if no action is taken to place a tax measure on the November 2014 statewide election ballot, make it a legislative priority to study a general tax measure that would augment the general fund by providing funding to address the city’s long term budget deficit, deferred maintenance and unfunded capital needs.”

The staff recommendation is that such a tax should be targeted for the 2016 municipal election ballot. But that comes with a very steep cost, as road repair costs will continue to soar between the 8 percent inflation rate on asphalt and the more exponential increase in costs, as roadway conditions continue to decline.

Staff notes even with the spike in revenue from the newly-imposed sales tax, “the 5 year projection predicts that the current reserve of $5 million will be virtually eliminated without additional reductions in costs or additional revenues. It would be imprudent to let the reserve draw down below the projected 3.8 million predicted at the conclusion of the FY14/15 budget year.”

One way for the council to gain additional time to outreach to the public on the need for a parcel tax without pushing the election off until 2016 as costs for road repairs grow would be a special election in the spring of 2015, much like the school district has done with its parcel tax.

“I share the concerns raised… about the outreach,” stated Councilmember Rochelle Swanson. “I’m concerned about November. If we do a parcel tax we have some flexibility by a couple of months.”

“One of my fears is even if we do a PR campaign, people aren’t reengaged in this community until mid-September when school’s back,” she pointed out. “It’s the nature of the college town and a lot of kids being out of school.”

“Do we have the same kind of flexibility as the school district does?” she asked noting that some of their parcel taxes did very well in the mail-only situations outside of the main election, so that was the only issue on the ballot.

Harriet Steiner stated, “The city does have the ability to do a full-mail ballot election like we did for Measure I and we could do that I believe in February, March, April.”

She added, “I’m very nervous about the potential of moving it out, because every week, every month, the road index changes and we continue to have that grow, but I would like to hear a little more information on that possibility because it gives us the ability to get that PR off the ground.”

City staff noted, “Another variation that was previously discussed by Council is a parcel tax that would raise funds to be used exclusively for road maintenance and rehabilitation.” This would help address the backlog of road repairs and rehabilitation for which there is inadequate funding available.

The city suggests one possibility is “to bond for the projects by committing parcel tax receipts to repay the debt associated with the projects, but one implication is that bonded debt would require a long-term commitment, say 30 years, for the parcel tax to remain in place since bond underwriters would need guarantee on the revenue stream. Also it should be emphasized that bonds cannot be issued for routine maintenance.”

Councilmember Brett Lee indicated he wanted to see what a 30-year bond looks like in terms of the yearly assessment and the figure of potentially $25 million up front to allocate toward immediate use to repair our roads.

Mayor Joe Krovoza, who noted that he will not be the one making this decision stated, “My preference is that we focus first and foremost on unmet needs that without a successful parcel tax or other vote of the people will not get done because they haven’t been getting done. That is first and foremost in the area of roads.”

He expressed his interest for roads-dedicated funding and using a parcel tax to bond to get a large amount of money up front to lower costs down the road due to deteriorating roads.

His also expressed concerns about funding parks with a parcel tax, “If we are asking the parcel tax to fund things that the general fund has funded in the past, they are going wonder what then the money is going to go for.” He stated if they go forward, “we have to absolutely tell the public what it’s paying for.”

He wants to focus on roads, unmet needs and bonding.

The council has to act fairly quickly if it opts to go for November, however, they would have more leeway time if they opt for a March 2015 election date.

6 thoughts on “Is Council Looking at Special Parcel Tax Measure for Spring 2015?”