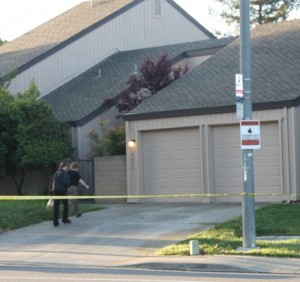 Both parties in the Daniel Marsh case arrived in court on Monday morning for the conditional examination of the defendant’s mother, Sheri Hosking. Due to the witness’ unavailability for the trial in August, she was called to testify early.

The defendant’s mother testified early because she is scheduled to to undergo surgery for a neurological condition next week that will require a lengthy recovery. Her testimony was recorded and will be played in front of the jury, come the actual trial that has presently been delayed until August.

Daniel Marsh is accused of two counts of murder in connection with a brutal double homicide that occurred in the spring of 2013. Police found Oliver Northup and his wife Claudia Maupin, a prominent elderly couple in Davis, brutally stabbed.

Beginning her testimony, Ms. Hosking recalled her rocky marriage with the children’s father, Bill Marsh. She reported that their relationship began experiencing trouble right around the time the kids were born.

She described Bill as having a short temper and being quick to resort to screaming and yelling. When asked if she believed that the issues between her and her husband affected the children, she stated yes and told the court that Daniel Marsh and his older sister Sarah Marsh were much quieter around their father and were visibly tense. In an effort to mend their relationship, the couple visited a family counselor. However, the counselor informed Ms. Hosking that her husband was unwilling to change his behavior and advised her to leave.

Once Deputy District Attorney Amanda Zambor began questioning Ms. Hosking about the events leading to her and Mr Marsh’s separation, Hosking’s demeanor grew glum. Remembering the horrible names and verbal attacks she endured from her ex-husband, the witness told the court that she had an affair with the children’s kindergarten teacher shortly following her separation from Bill Marsh.

After the couple separated, Sarah lived with her mother, while Daniel would split time between both parents.

While her daughter Sarah was supportive of her new relationship and wanted her mother to be happy, Daniel was very angry and avoided his mother’s partner at all costs. In addition to his blatant disapproval, Hosking noticed recurring patterns of angry outbursts from Daniel after visits with his father, marking the beginnings of change within the defendant.

Ms. Hosking testified that her son would start cursing her with names he learned from his father. She said that he had always been a caring and loving person, but these outbursts of anger marked a change.

She would testify that the first sign of trouble with her son was the incident where Daniel’s father suffered a heart attack while driving the car. Daniel had become a community hero when he steered the car to safety and then performed CPR to revive his father.

He would receive an American Red Cross award for his efforts, but his mother felt that the media attention actually served to remind Daniel of the incident, and that would end up harming him in the long run.

As he entered his teenage years, he began to use marijuana and alcohol. Ms. Hosking testified that he became very angry and seemed to shut down. He suffered from bullying by his peers, he began skipping school and letting his grades slip, and he had a blow up that led to his staying for a week in a Sacramento mental health facility.

Ms. Hosking testified that, to her knowledge, Daniel Marsh never described hearing voices or experiencing hallucinations. He told police about them in their interrogation, but she had no knowledge of them.

She broke down crying and stated, “I wish he would have if he did, but he didn’t talk to me.”

The first signs of trouble with the law occurred just before his arrest when he was caught with a pocket knife at school. She testified that, upon returning home from work, she found her home surrounded with crime-scene tape and that was how she found out about her son’s arrest on suspicion of double homicide.

She regularly visits her son in juvenile hall, but was told not to talk to him about the murders. She said that she believed he was capable of angry violence, but nothing like this.

On June 6, after the defense entered a change of plea to not guilty by reason of insanity, Judge David Reed vacated the trial that was to begin on Monday and pushed it back until August in order to allow two court-appointed mental health experts — James Rokop and Jason Roof — to independently evaluate Daniel Marsh, as required by law.

The judge indicated that they would need about 20 to 30 days to complete the required evaluation and the reports would not be ready until July 3.