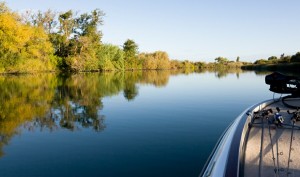 I spent about an hour on Thursday evening at the Utility Rate Advisory Committee meeting and, after that hour was over, I felt it was the biggest waste of my time of anything that I have covered in the city of Davis.

With that said, I want to be clear that I am not putting down the citizens who have chosen to volunteer their time to help the city.  Rather it was the process itself that did not and does not make a lot of sense. Much of the time on Thursday night was spent with the members of the committee – a portion of whom have great expertise in water areas – getting up to speed on both the rates and the immediate political realities of Davis.

It is very hard to see how, by the next week deadline imposed by council — in order to have an approved first reading by July 1 — that this URAC group is going to be able to make an informed decision on water rates.  It is much more likely that this is going to be a decision made by this city council.  It really boils down to a simple question, who is better qualified to evaluate the rates, URAC or a city council that has been working on water and water rates for several years?

There clearly are times for an advisory group — and the URAC can serve a useful purpose going forward, in studying and evaluating the rates and whether the city is generating the revenue it needs — but right now the need is for speed and accuracy.

The only good suggestion that came out of Thursday night’s meeting was from Johannes Troost – creating a chart with the various options, impacts, strengths and weaknesses of each proposed rate alternative, but city staff can produce that chart just as easily as the URAC.

If the city council wants the modified CBFR proposed on May 27 and expanded upon at Thursday’s URAC meeting, they do not need the URAC to tell them one way or another whether it’s a good idea.

We have a few more thoughts on Measure P and the water rates.

First, when Measure P qualified for the ballot, the smart money was that it would fail by a larger margin than Measure I passed by. It became very clear that this was not the case by April and May. There are presumptions about why that is the case, the most popular being that CBFR was simply too complex for the voters or it introduced too much uncertainty.

There is something to be said for that. The complexity of the rates, however, should not have been a factor with proper explanation from the city that in effect, the CBFR rate structure created greater fairness than traditional models because the supply-charge was more refined from the very crude meter size to a more precise consumption-based component.

The biggest problem was probably the look-back mechanism that, in effect, so distanced the charge from the usage that it created a distorted feedback mechanism that would make it difficult for the public to get immediate financial reward for adjusting  their habits and seeing tangible results in their water usage.

The newly-revised CBFR sought to fix that problem by creating basically a 12-month supply charge.

But, from our perspective, the biggest problem is that the city really failed in its duties to explain the rates to the voters, to assess the voters’ anxiety, and to adjust on the fly.

Second, the city came up with a worst-case scenario if Measure P passed that never seemed proportionate to the actual threat. There are times when there are clearly bad ramifications for votes. If Measure O had failed, we know the city had to cut spending by a sizable percentage of the general fund. In this case, the vested interest of all involved was find a way to make it work.

Lo and behold, just two days after the election, we have Herb Niederberger telling everyone as long as we have rates by October 1, everything is all right. That’s a huge change from what the city said back in April.

We are still wary of a lot of these claims about the SRF (State Revolving Fund). Based on my sources, we are not sure, but it seems that Mr. Niederberger is over-confident in the ability of the city to qualify for SRF.

We know from Paul Navazio that Woodland qualified under the Clean Water Act for low-interest SRF loans due to the high concentration of nitrates in their water. Davis has not qualified for these loans because of our relatively recent transition from higher nitrate-laden intermediate aquifer wells to lower nitrate deep aquifer wells, because UCD’s established experience with the deep aquifer had shown that it was clearly a better source of water.

The city has not qualified for loans under other provisions due to the fact that it went DBO (design-build-operate), and the state prohibits low interest loans for private operations. The city’s attorneys believe that that decision on the part of the state was wrong, but unfortunately the city’s attorneys do not make the rules here, and that may be part of the discrepancy between what Mr. Niederberger told the URAC on Thursday and the outcome of the SRF application process to date.

In addition, Herb Niederberger noted that, in order for all of this to work, we have to be lawsuit-free. While Michael Harrington has not tipped his hand, the idea that he might be able to kill the project with a well-timed and well-placed lawsuit should concern those who want this project to go forward.

Finally, Measure P passed because there was a lot of complacency on the part of the city. Measure I ran a real campaign – consultants, money, ads, and precinct walkers. From our vantage point, Measure P, the No side, had little to none of that.

The city council and leaders in the community failed to take the threat seriously and now we will see how much we end up paying for that complacency.

2 thoughts on “My View: Council Not the URAC Needs to Make the Call on Water”