by Matt Williams and Donna Lemongello

The following letter was sent electronically to Michael Harrington and Pam Nieberg yesterday. Michael has acknowledged its receipt, and provided some early feedback.  The letter details for all Davis citizens and ratepayers the results of the community dialogue that over the course of the recent election cycle has produced a much clearer sense of what a better, fairer water rate structure might look like in Davis.  We share the letter here in the Vanguard in the hopes that it will be the latest component of open dialogue about water in Davis.

Please accept this formal submission to your group of the current water rates proposal known as “87-13 with tiers.”

As you will see in the many points contained herein, we believe that this proposal developed with community input by Donna Lemongello and Matt Williams, gets as close as possible to what the various supporters of Yes On Measure P have advocated for.

At the end of this proposal you will find graphics that demonstrate in the Single Family Residential class and the Multi-Family Residential class that for virtually all users (high volume and low) the percentage proportion of water that is used is equal to the percentage proportion of revenue dollars that are paid. We believe that relationship is a very good approximation of the expressed desire by many of the Yes On Measure P supporters to see all Davis ratepayers paying the same dollar per ccf.

In the graph our preferred proposal is the green bar.  Two of the other alternatives (shown in yellow and red) have 40% fixed fees, which is well over three times higher than the amount referenced in John Munn’s Sunday OpEd in the Enterprise and the Vanguard, specifically, a “small fixed charge should be included for expenses, such as fire hydrants, providing benefits that are not proportional to water use.”

We believe this proposal honors both the spirit and intent of Measure P through the achievement of the following:

With all the above said, here is the draft language of the proposal presented to the URAC on Thursday.

The City of Davis is proposing to increase the rates and water service and establish a new rate structure.  The new water fees would be imposed on all properties in Davis receiving water service.

The rate structure has two components, 1) revenues from rates and 2) a revenue stabilization reserve fund

Revenues from rates are derived from two components:  A) a monthly fixed fee and B) a monthly volumetric water use fee.  Those components are:

The June 30th end-of-year target balance for the revenue stabilization reserve fund is 25% of the annual revenue requirements.

The revenue stabilization reserve fund will also be a core component of the City’s response in times of substantially reduced consumption (whether from cumulative conservation or as a result of drought), which is outlined in the City’s Urban Water management Plan (see http://water.cityofdavis.org/water-conservation/drought),

In order to keep the water utility financially stable through the circumstances of reduced consumption, the revenue stabilization reserve fund will be available for use as revenues during Stage 1 and Stage 2 shortages (a 10% reduction and a 20% reduction respectively).

When aggregate system-wide consumption reaches a Stage 3 shortage (a 30% reduction), the cost of the volumetric portion of each customer’s monthly water usage shall have an extra 15% of that cost added to the bill.

When aggregate system-wide consumption reaches a Stage 4 shortage (a 50% reduction), the cost of the volumetric portion of each customer’s monthly water usage shall have an extra 43.75% of that cost added to the bill.

The following rate implementation guidelines currently apply to the proposal.

Thank you for your review of this submission. 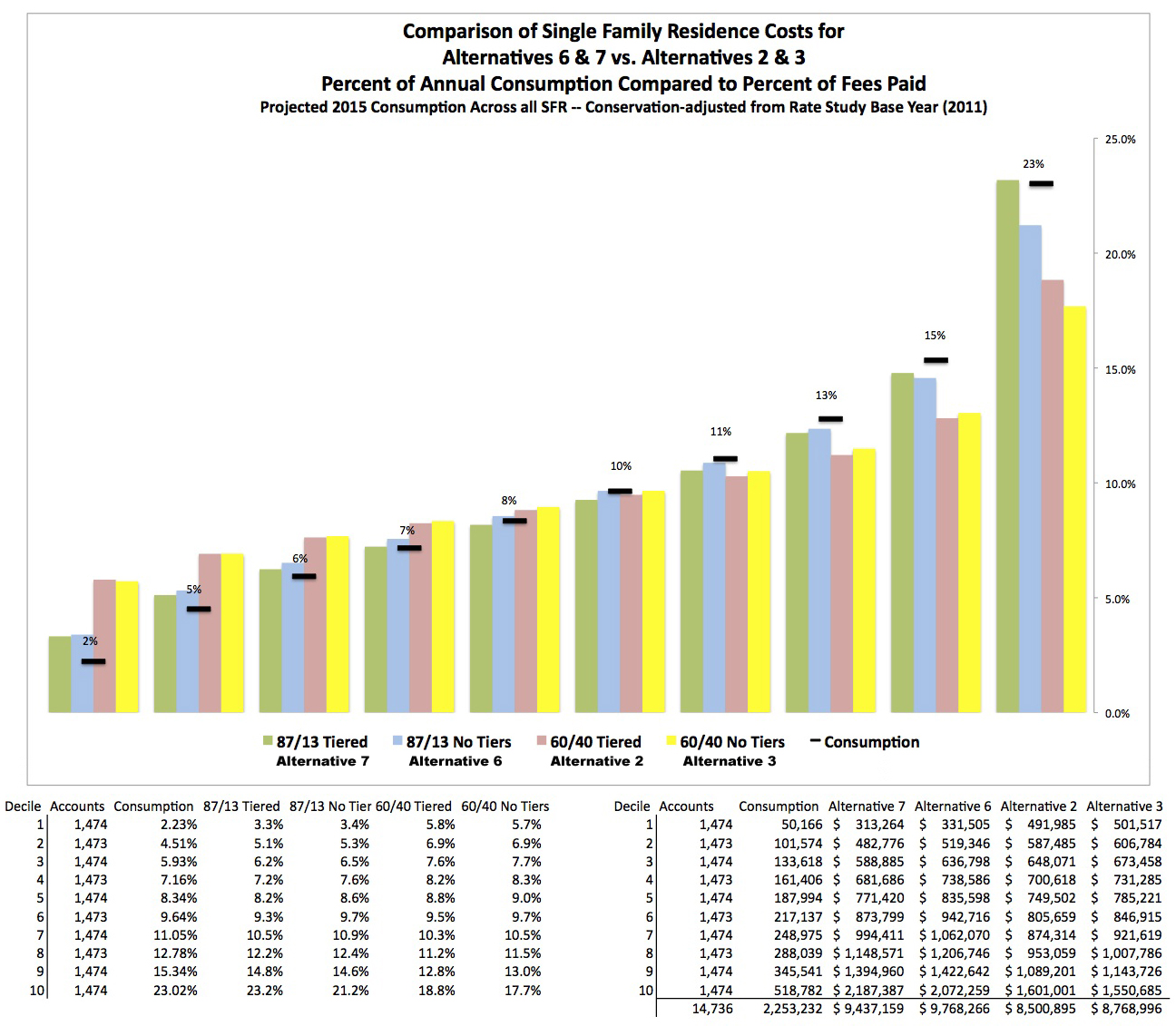 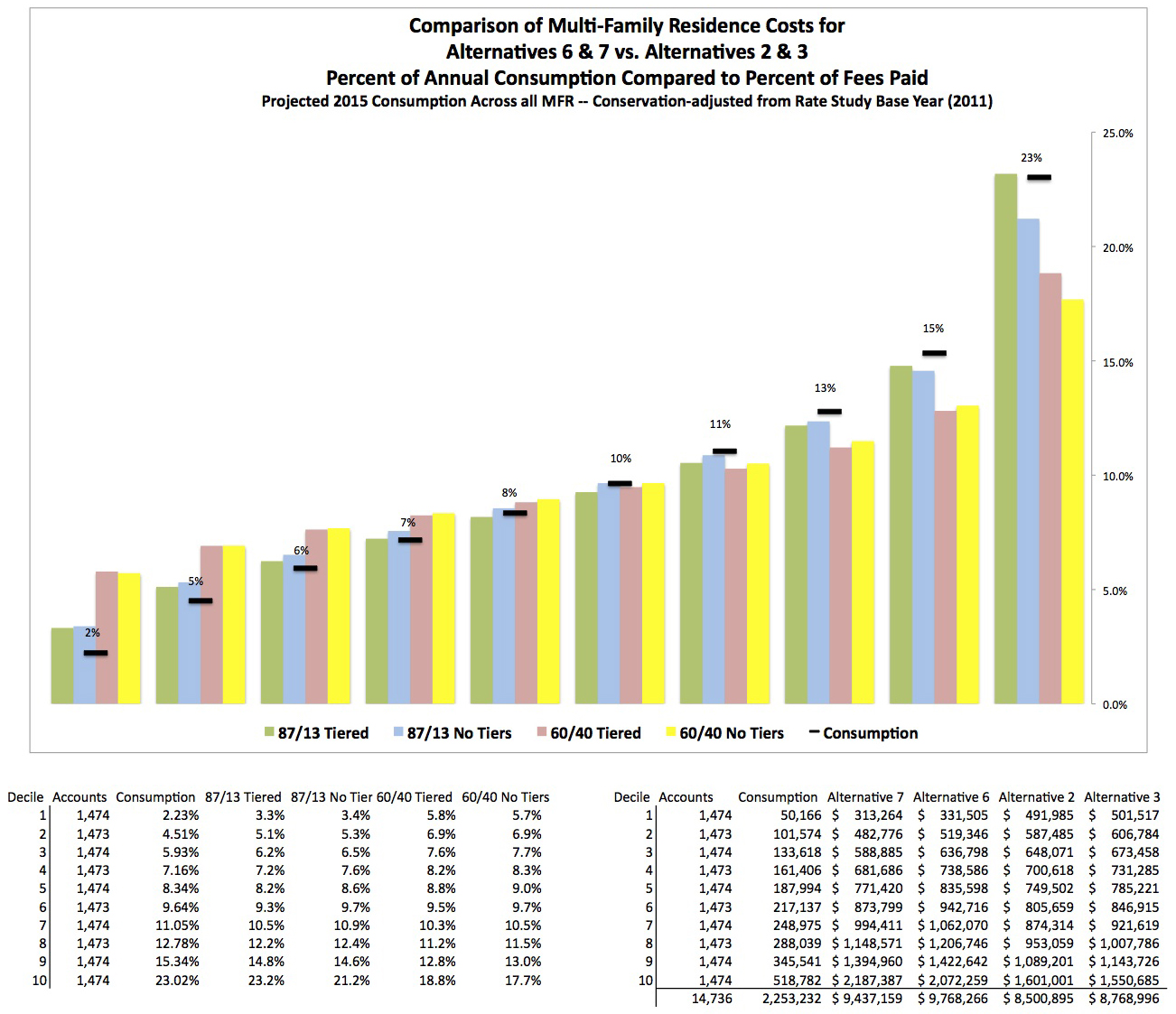 5 thoughts on “Open Letter to Supporters of Measure P”