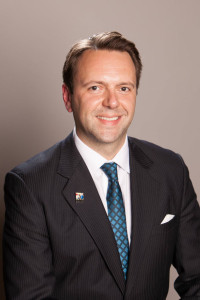 The Vanguard has received a press release that Kemble Pope, CEO of the Davis Chamber of Commerce (DCOC), has announced his resignation after nearly three years at the helm. The release claims that during his tenure, “the Chamber has improved its financial position, strengthened partnerships with many local and regional organizations, launched multiple initiatives to improve the Davis economy and become a more active and relevant voice in local and regional public policy.”

“It has been an honor to serve the business community in this role and I am grateful for the opportunity to develop working relationships and friendships that will last a lifetime. While I have enjoyed leading this organization and publicly representing the business community to cultivate local prosperity, it is now time for me to move on to other opportunities,” said Pope. “With a six-year strategic plan in place, an engaged membership and stellar volunteers and staff, I’m confident that the Davis Chamber will continue its current momentum and quest for excellence and will achieve even greater successes for our members and increased prosperity for our entire community… Onward and upward!”

Mr. Pope continued, “Davis is an amazing place to live, work and play because of the forward-thinking vision and hard work of thousands of citizen leaders and engaged businesses and organizations. My wife, Katherine, and I have made our home here in Davis and we both look forward to many years of community involvement.”

Mr. Pope exits the Chamber on September 1, 2014, and in the meantime, Jennifer Nitzkowski, 2014 DCOC Board Chair and Partner, Carbahal & Company, announced that Mr. Pope has been chosen to lead the Search Committee for his replacement.

“The Davis Chamber has enjoyed tremendous success with Kemble leading our organization. We’re now positioned at the nexus of a renewed local and regional focus on economic development with the necessary resources to capture opportunities that will benefit our entire community,” said Nitzkowski. “Kemble’s legacy is a reinvigorated organization on sound financial footing with the wherewithal to take action. He will be greatly missed and we wish him success in all of his future endeavors.”

A search committee will commence on June 19 with the release of necessary qualifications and experience to apply for the position. The CEO Search Committee, comprised of Past Board Chairs and current Board Directors, will review resumes and interview candidates. The new CEO will work his/her first few weeks alongside Pope. The transition should be completed by September 1, 2014, according to the release.

Mayor Joe Krovoza praised the work of Mr. Pope, stating, “Kemble Pope has transformed the Davis Chamber of Commerce into a thoroughly professional, forward-thinking organization.  Every initiative under his guidance rises to a new level of excellence, and this has been the foundation for its dramatic expansion of membership during his tenure.  Kemble’s leadership has seen our local Chamber taking a broad view of community needs.”

“His teams understand that the overall quality of life and implementation of community values are essential to businesses locating and thriving in Davis,” the mayor said.  “It is Kemble’s highly-inclusive views on civic culture, sustainability, economic development and partnerships that have grown our Chamber into a truly central participant in the betterment of Davis.”

Tamiko Gaines, Director of Institutional Relations and Development, HM.CLAUSE and a Board member on the Davis Chamber of Commerce would add, ““Kemble has been an invaluable, motivated leader for the Davis Chamber of Commerce. During his nearly three years of distinguished service, Kemble has made countless contributions to support and strengthen the Davis, California business community. His ability to advocate for business, to build partnerships and to drive the Chamber forward serves as a model for the CEOs who follow.”

She added, “While we are sorry to see Kemble go, we are so very fortunate to have benefited from his leadership. We wholeheartedly wish Kemble the best in the next phase of his career.”

Councilmember Lucas Frerichs stated, “Watching the transformation of the Davis Chamber over the past three years has been remarkable. Kemble Pope has worked tirelessly to ensure that the business community is well represented in city matters. He has also remained laser-focused on assisting Davis in growing a vibrant economy; we’re positioned to reap the multitude of benefits created by economic development and high-paying job growth that matches our community’s values.”

The announcement would add that Mr. Pope and his wife will continue to reside in Davis and remain active in the community.