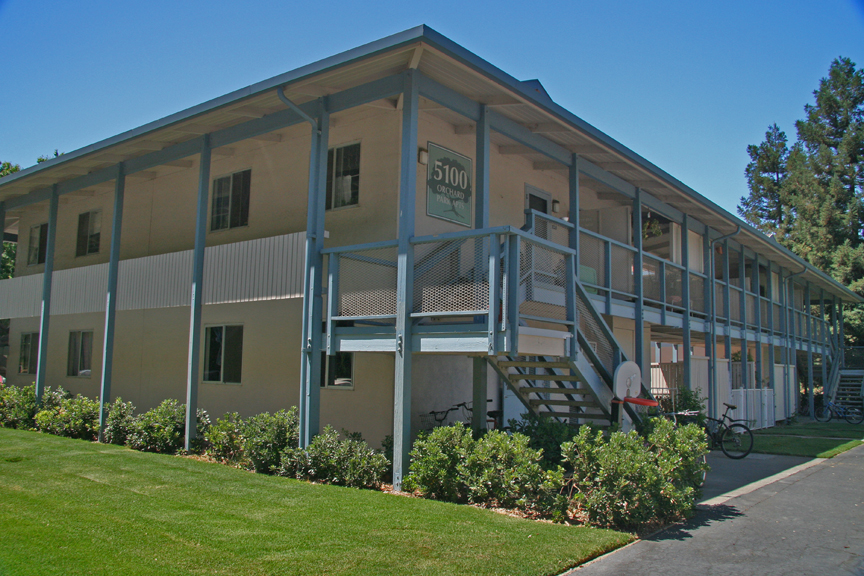 On Thursday, the Vanguard ran a story on a petition delivered on behalf of 51 Orchard Park residents. The petition asks Student Housing “to extend Orchard Park leases, in light of the fact that they have not yet made any guarantee of the plans for Orchard Park.”

“We are writing to you as the voice of Orchard and Solano Park residents who believe that the July evictions from Orchard Park and the planned Solano Park termination are unjust. To voice our concerns, we send you a petition with 51 signatures of residents at Orchard Park (titled the ‘Orchard Park Petition’),” the group said in an email forwarded to the Vanguard.

The university has forwarded a June 3 letter from Dean Jeffery Gibeling to graduate and professional students, which explains, “The campus has been planning for several years to redevelop student family housing in Orchard and Solano Parks. These apartments were opened in the early 1960’s and are in great need of being upgraded.”

One spokesperson for the students, however, disputes this claim, arguing that the units were in great condition until the university decided to replace the units with newer and higher density units but at a far greater cost with rents increasing from $900 to $1400 a month.

The spokesperson explained that many graduate students are precluded from outside work and thus have their incomes capped at $17,000 a year, which is about what a $1400 a month rent comes to.

The letter from Dean Gibeling continued, “Because of increasing maintenance costs and expectations of significant costs to renew major utilities and amenities, a decision was made five years ago to close Orchard Park in July 2014 and redevelop the site for family and graduate student housing that would open in Fall 2016. Solano Park would close at the same time as the new Orchard Park came online, but no specific plans were outlined for its redevelopment.”

While perhaps true in the strictest sense, both Bob Segar from the university and Perkosh Pinto, the developer, have since January laid out conceptual plans which lays out the Nishi-Gateway project and presents the idea of high density housing both on the Nishi portion as well as the university portion of the site.

Dean Gibeling explained, “To keep everyone aware of these plans, Student Housing began notifying residents about the closure and future of The Parks in May 2009, continuing to do so for the next several years. Information about the planned closures was also sent through mailed letters, emails and community newsletters beginning in January 2012.”

He continued, “Planning for Orchard Park’s redevelopment was undertaken by a committee that included two graduate student representatives. The committee’s work was also informed by several surveys of graduate students that looked at the types of amenities and costs that were desired as well as the income and rents for the current residents.”

There was a survey of the local housing market and the selection of an experienced third-party developer.

He explained, “On March 13th and 15th of this year, results of this planning process were presented to the community at two information sessions. Information was shared at the meetings regarding the proposed building configuration at the current Orchard Park site, types and sizes of units, project amenities and proposed rents. Information was also provided regarding a rent subsidy program for financially needy student families and single graduate students.”

“It was through feedback from the information sessions and additional email from the community that specific concerns with the redevelopment process surfaced. Those included concerns about proposed rents as well as the number and size of the apartments,” he continued. “As a result of those concerns, a decision was made by Chancellor Katehi to stop the current redevelopment plans and embark on a new planning approach that focuses on those concerns as much as possible and reevaluates how best to proceed. A new and more inclusive strategy for planning and consultation will help move the project forward in a more acceptable manner as a new committee with significant student representation is created.”

He added, “Although planning has stopped, Orchard Park will close on July 31st as originally scheduled and Solano Park will remain open.”

The Graduate Student Association had a few concerns.

First, “Though the administration has packaged this plan as a replacement of a current student resource with a more up-to-date version of the same, the plan is actually an opportunity for the administration to phase out lower-income housing and repurpose grad student housing space for more profitable university developments.”

Second, they claim that the community is considered to have a housing crisis when rent rises above 30% of income. They argue, “Rent is already too high, and these plans push it beyond affordability.”

Third, “They believe this move shows further shifts by the UC-Davis administration toward privatization and decreased attention to student resources. As the recent UAW 2865 report attests, grad student salaries and resources are being cut while administrator salaries are skyrocketing. They cite in that report that, “UC’s upper-level administrative strata has grown 251% . . . while other strata have grown 51% over 21 years between 2008 and 2011, people receiving more than $200,000 in base pay grew by 44%.”

The Davis Faculty Association Board wrote Chancellor Katehi and Dean Gibeling, “We are writing to express our concern over the proposed redevelopment plans for Solano and Orchard Park Student-Family Housing. These units are scheduled for demolition and will not be replaced with subsidized housing.”

“Current rents at Solano and Orchard Park are $900/month, but at the new, privately managed, development, unit cost will increase to $1,400/month. Under this proposed change, ninety-five percent of a TA/GSR salary will go to rent,” the DFA Board writes. “Not only is the rent increase enormous, but the number of units will be greatly reduced.”

“The destruction of affordable housing has the greatest impact on students the university should especially be striving to protect — those with families and those whose financial ability to pay for education is limited,” they add.

In the petition, dated June 10, 2014, the students indicate that the university has “paused” the planned demolition of Orchard Park, and claims the July 31, 2014 closure of the facility will be “delayed to accommodate the needs of the community’s current residents.”

However, the chancellor’s new “Redevelopment Committee” has yet to meet with or even contact Park residents to begin documenting the concerns of the student body displaced by the Park closure, and has likewise not begun work on the “’finalized proposal’ which we would expect to see prior to the buildings’ destruction.”

Some Orchard Park leases have been extended through August 2014.

The students are proposing, “We propose that the July 31 move-out date be extended at minimum, to Dec 31, 2014.” They reference a statement by Dean Gibeling in a May 23, 2014 Davis Enterprise editorial that “nobody is being evicted.”

They write, “In accordance with these conditions, we find it completely reasonable that Orchard Park remain open, accept new resident applicants, and extend all current leases until Dec 31, 2014.”

22 thoughts on “Students Worried About the Loss of Affordable, Low Income Graduate Housing”